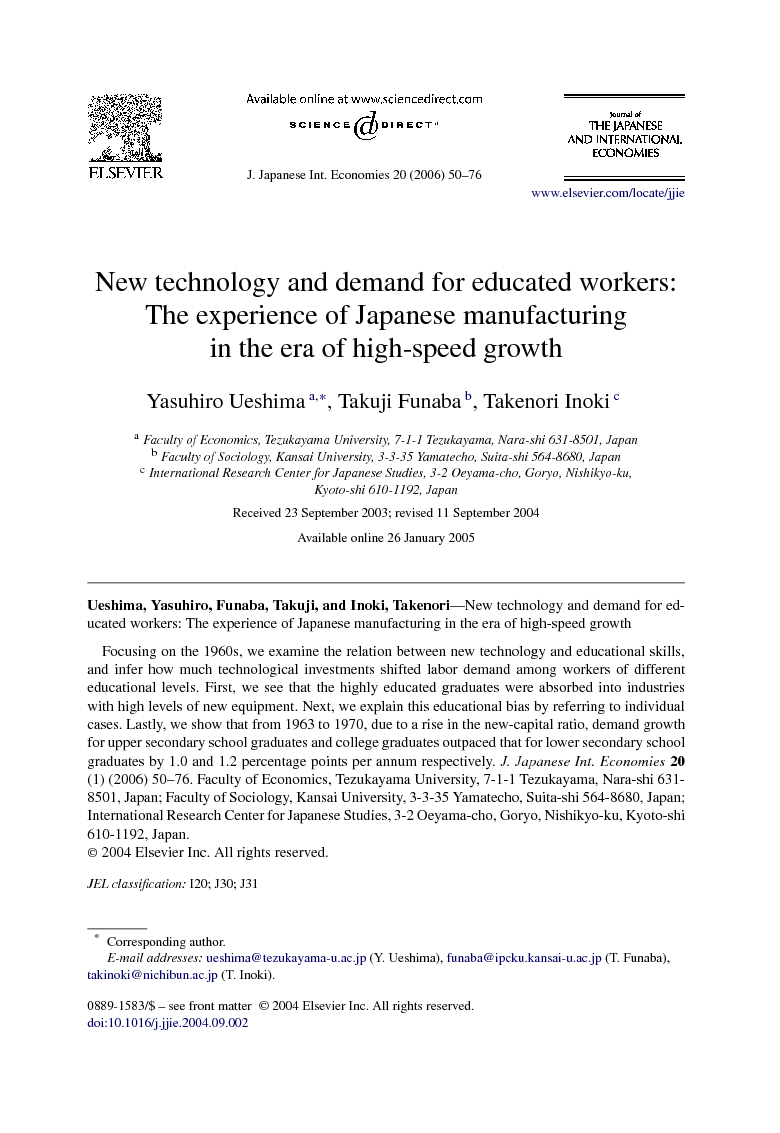 Focusing on the 1960s, we examine the relation between new technology and educational skills, and infer how much technological investments shifted labor demand among workers of different educational levels. First, we see that the highly educated graduates were absorbed into industries with high levels of new equipment. Next, we explain this educational bias by referring to individual cases. Lastly, we show that from 1963 to 1970, due to a rise in the new-capital ratio, demand growth for upper secondary school graduates and college graduates outpaced that for lower secondary school graduates by 1.0 and 1.2 percentage points per annum respectively. J. Japanese Int. Economies20 (1) (2006) 50–76.