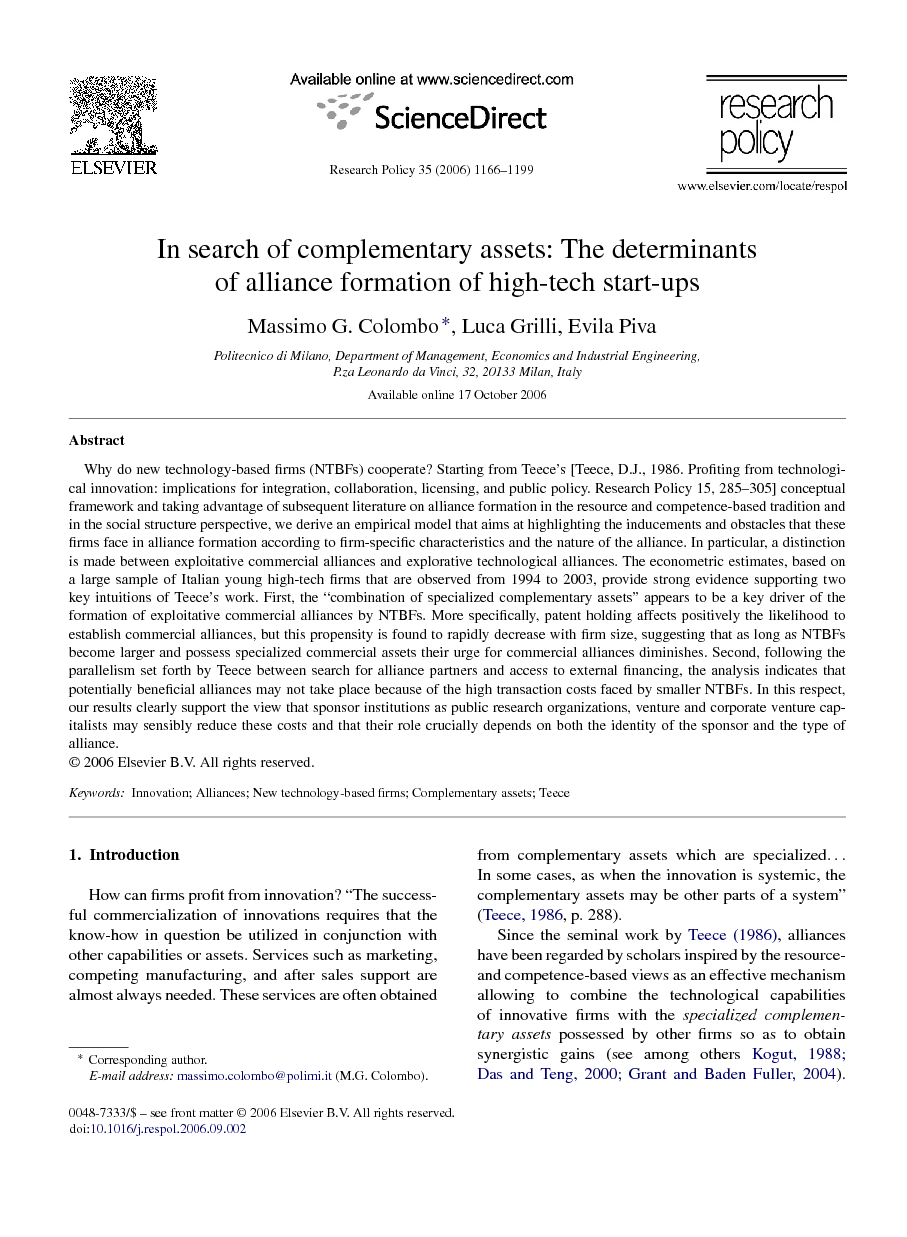 Why do new technology-based firms (NTBFs) cooperate? Starting from Teece's [Teece, D.J., 1986. Profiting from technological innovation: implications for integration, collaboration, licensing, and public policy. Research Policy 15, 285–305] conceptual framework and taking advantage of subsequent literature on alliance formation in the resource and competence-based tradition and in the social structure perspective, we derive an empirical model that aims at highlighting the inducements and obstacles that these firms face in alliance formation according to firm-specific characteristics and the nature of the alliance. In particular, a distinction is made between exploitative commercial alliances and explorative technological alliances. The econometric estimates, based on a large sample of Italian young high-tech firms that are observed from 1994 to 2003, provide strong evidence supporting two key intuitions of Teece's work. First, the “combination of specialized complementary assets” appears to be a key driver of the formation of exploitative commercial alliances by NTBFs. More specifically, patent holding affects positively the likelihood to establish commercial alliances, but this propensity is found to rapidly decrease with firm size, suggesting that as long as NTBFs become larger and possess specialized commercial assets their urge for commercial alliances diminishes. Second, following the parallelism set forth by Teece between search for alliance partners and access to external financing, the analysis indicates that potentially beneficial alliances may not take place because of the high transaction costs faced by smaller NTBFs. In this respect, our results clearly support the view that sponsor institutions as public research organizations, venture and corporate venture capitalists may sensibly reduce these costs and that their role crucially depends on both the identity of the sponsor and the type of alliance.