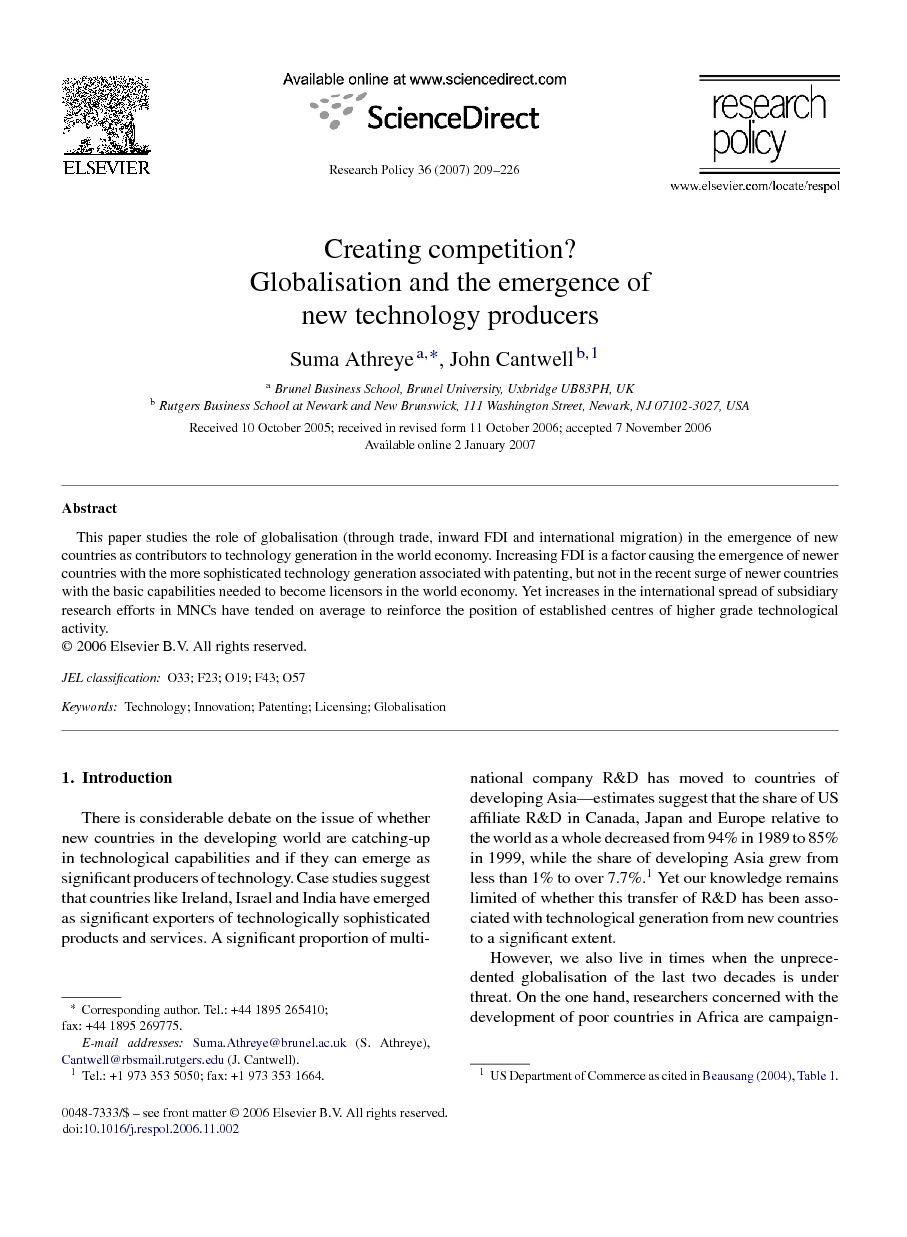 This paper studies the role of globalisation (through trade, inward FDI and international migration) in the emergence of new countries as contributors to technology generation in the world economy. Increasing FDI is a factor causing the emergence of newer countries with the more sophisticated technology generation associated with patenting, but not in the recent surge of newer countries with the basic capabilities needed to become licensors in the world economy. Yet increases in the international spread of subsidiary research efforts in MNCs have tended on average to reinforce the position of established centres of higher grade technological activity.