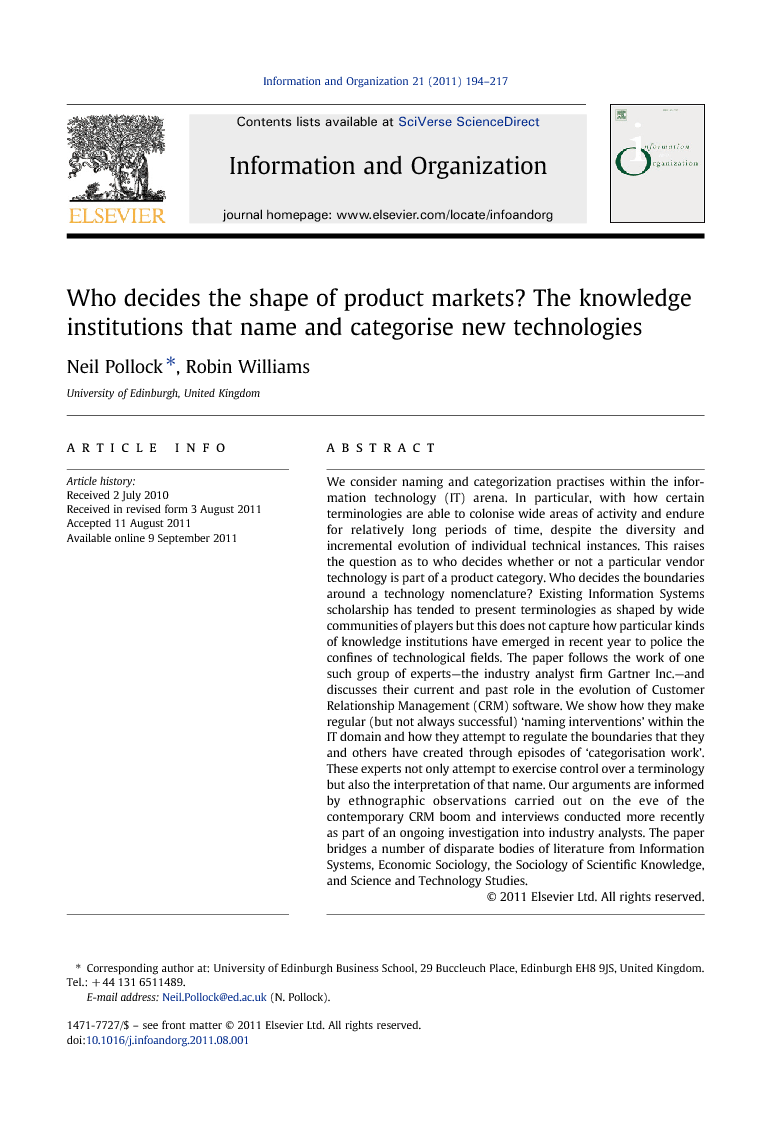 We consider naming and categorization practises within the information technology (IT) arena. In particular, with how certain terminologies are able to colonise wide areas of activity and endure for relatively long periods of time, despite the diversity and incremental evolution of individual technical instances. This raises the question as to who decides whether or not a particular vendor technology is part of a product category. Who decides the boundaries around a technology nomenclature? Existing Information Systems scholarship has tended to present terminologies as shaped by wide communities of players but this does not capture how particular kinds of knowledge institutions have emerged in recent year to police the confines of technological fields. The paper follows the work of one such group of experts—the industry analyst firm Gartner Inc.—and discusses their current and past role in the evolution of Customer Relationship Management (CRM) software. We show how they make regular (but not always successful) ‘naming interventions’ within the IT domain and how they attempt to regulate the boundaries that they and others have created through episodes of ‘categorisation work’. These experts not only attempt to exercise control over a terminology but also the interpretation of that name. Our arguments are informed by ethnographic observations carried out on the eve of the contemporary CRM boom and interviews conducted more recently as part of an ongoing investigation into industry analysts. The paper bridges a number of disparate bodies of literature from Information Systems, Economic Sociology, the Sociology of Scientific Knowledge, and Science and Technology Studies.