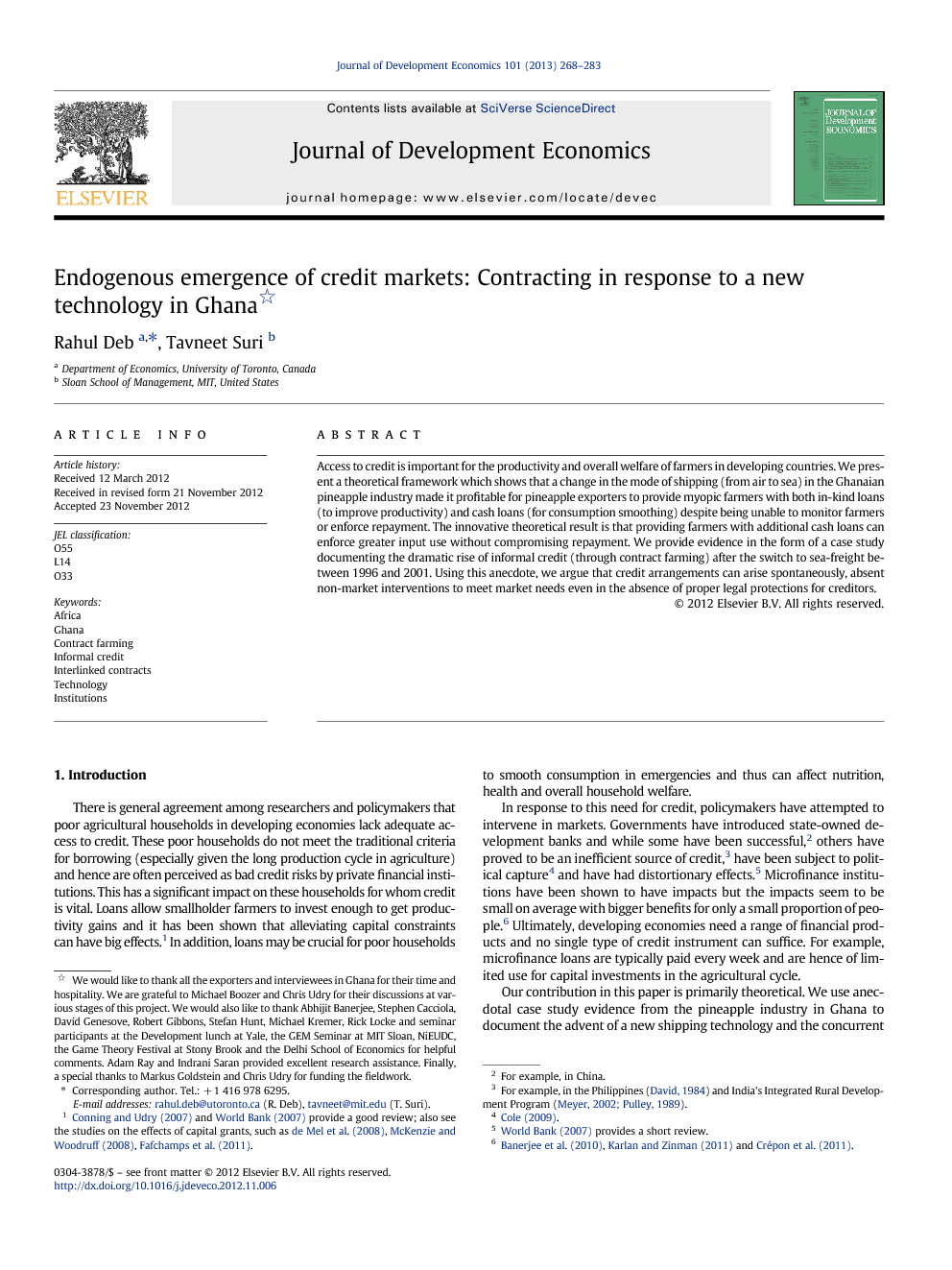 Access to credit is important for the productivity and overall welfare of farmers in developing countries. We present a theoretical framework which shows that a change in the mode of shipping (from air to sea) in the Ghanaian pineapple industry made it profitable for pineapple exporters to provide myopic farmers with both in-kind loans (to improve productivity) and cash loans (for consumption smoothing) despite being unable to monitor farmers or enforce repayment. The innovative theoretical result is that providing farmers with additional cash loans can enforce greater input use without compromising repayment. We provide evidence in the form of a case study documenting the dramatic rise of informal credit (through contract farming) after the switch to sea-freight between 1996 and 2001. Using this anecdote, we argue that credit arrangements can arise spontaneously, absent non-market interventions to meet market needs even in the absence of proper legal protections for creditors.