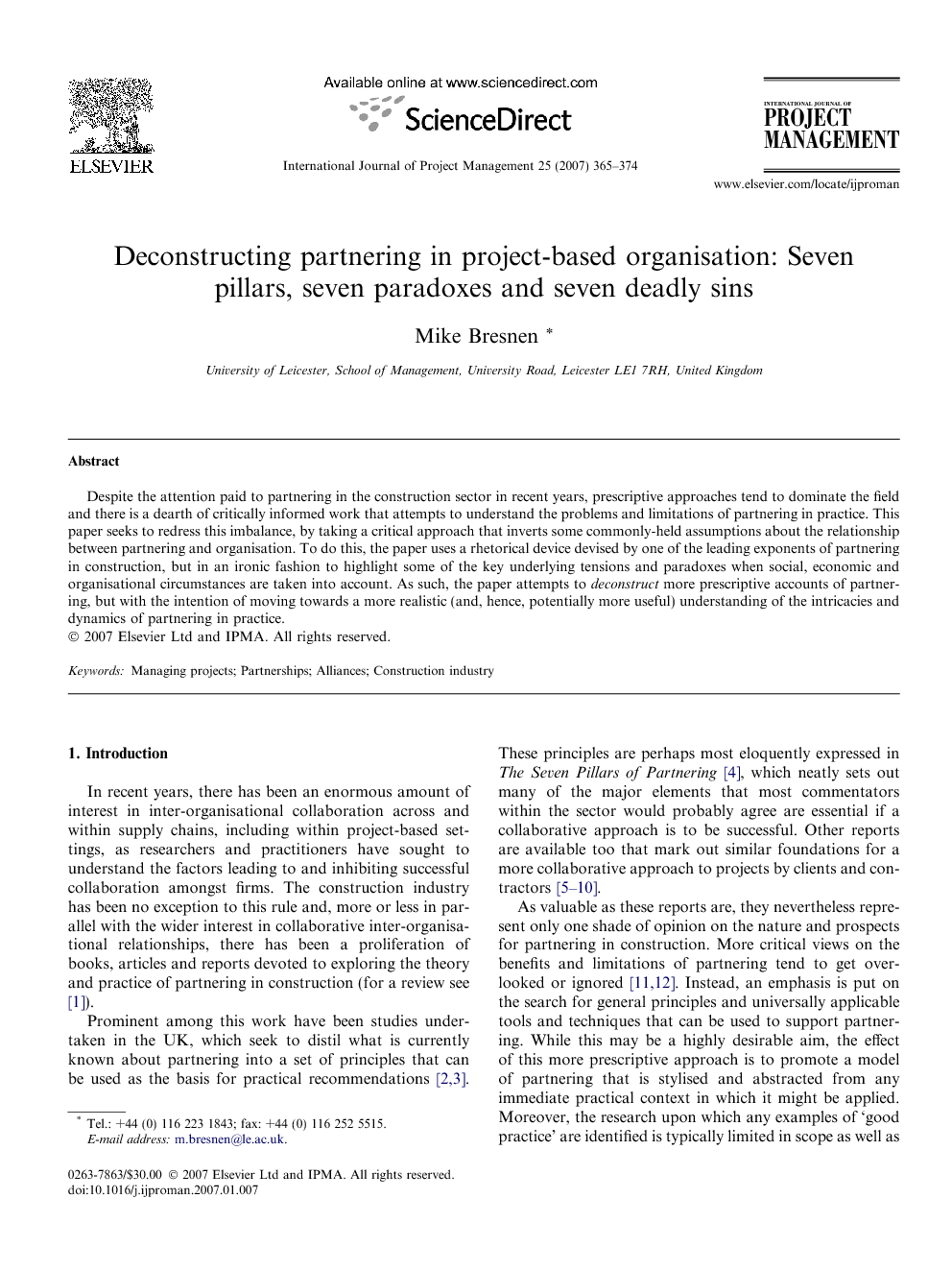 Despite the attention paid to partnering in the construction sector in recent years, prescriptive approaches tend to dominate the field and there is a dearth of critically informed work that attempts to understand the problems and limitations of partnering in practice. This paper seeks to redress this imbalance, by taking a critical approach that inverts some commonly held assumptions about the relationship between partnering and organisation. To do this, the paper uses a rhetorical device devised by one of the leading exponents of partnering in construction, but in an ironic fashion to highlight some of the key underlying tensions and paradoxes when social, economic and organisational circumstances are taken into account. As such, the paper attempts to deconstruct more prescriptive accounts of partnering, but with the intention of moving towards a more realistic (and, hence, potentially more useful) understanding of the intricacies and dynamics of partnering in practice.