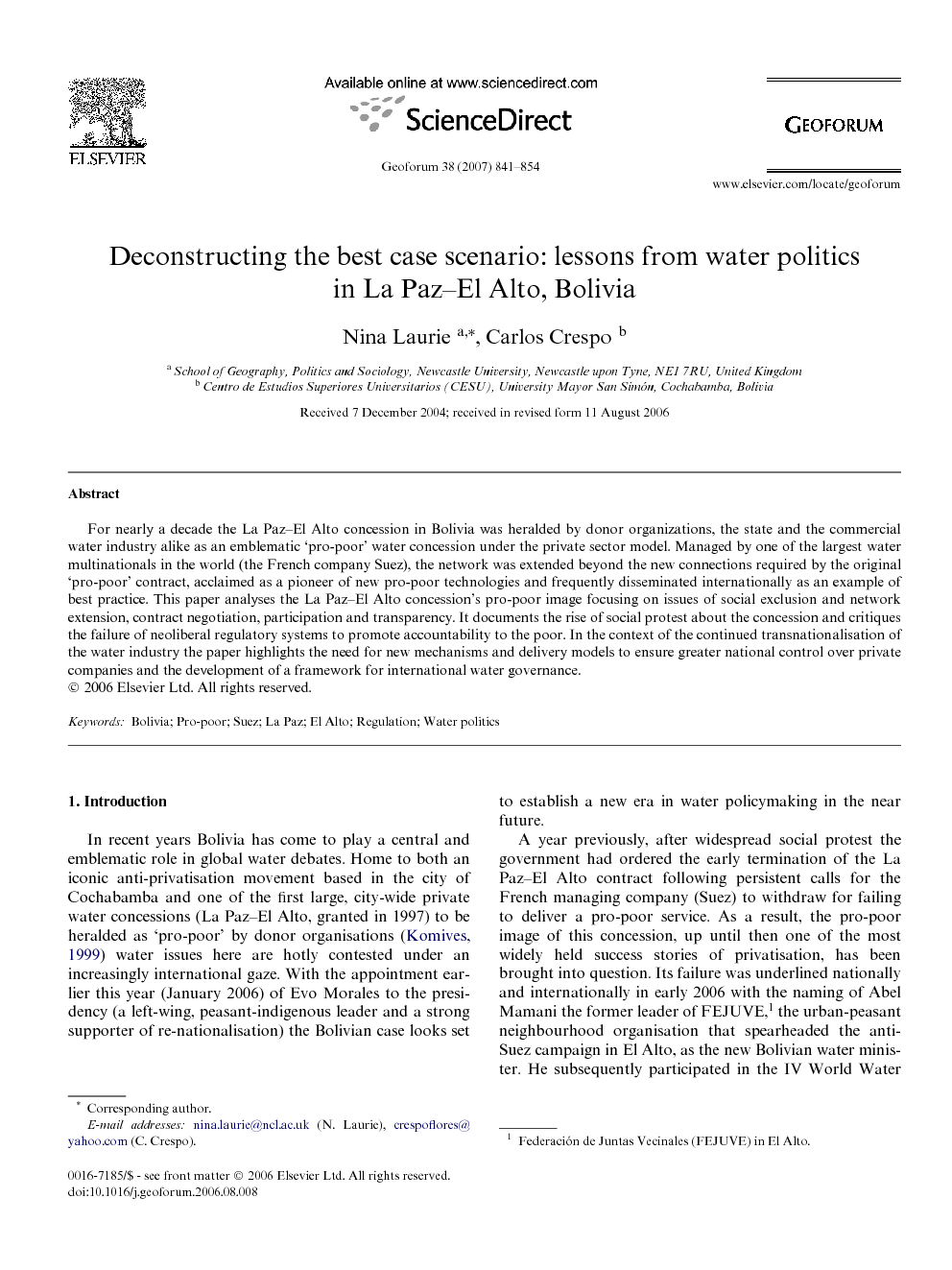 For nearly a decade the La Paz–El Alto concession in Bolivia was heralded by donor organizations, the state and the commercial water industry alike as an emblematic ‘pro-poor’ water concession under the private sector model. Managed by one of the largest water multinationals in the world (the French company Suez), the network was extended beyond the new connections required by the original ‘pro-poor’ contract, acclaimed as a pioneer of new pro-poor technologies and frequently disseminated internationally as an example of best practice. This paper analyses the La Paz–El Alto concession’s pro-poor image focusing on issues of social exclusion and network extension, contract negotiation, participation and transparency. It documents the rise of social protest about the concession and critiques the failure of neoliberal regulatory systems to promote accountability to the poor. In the context of the continued transnationalisation of the water industry the paper highlights the need for new mechanisms and delivery models to ensure greater national control over private companies and the development of a framework for international water governance.