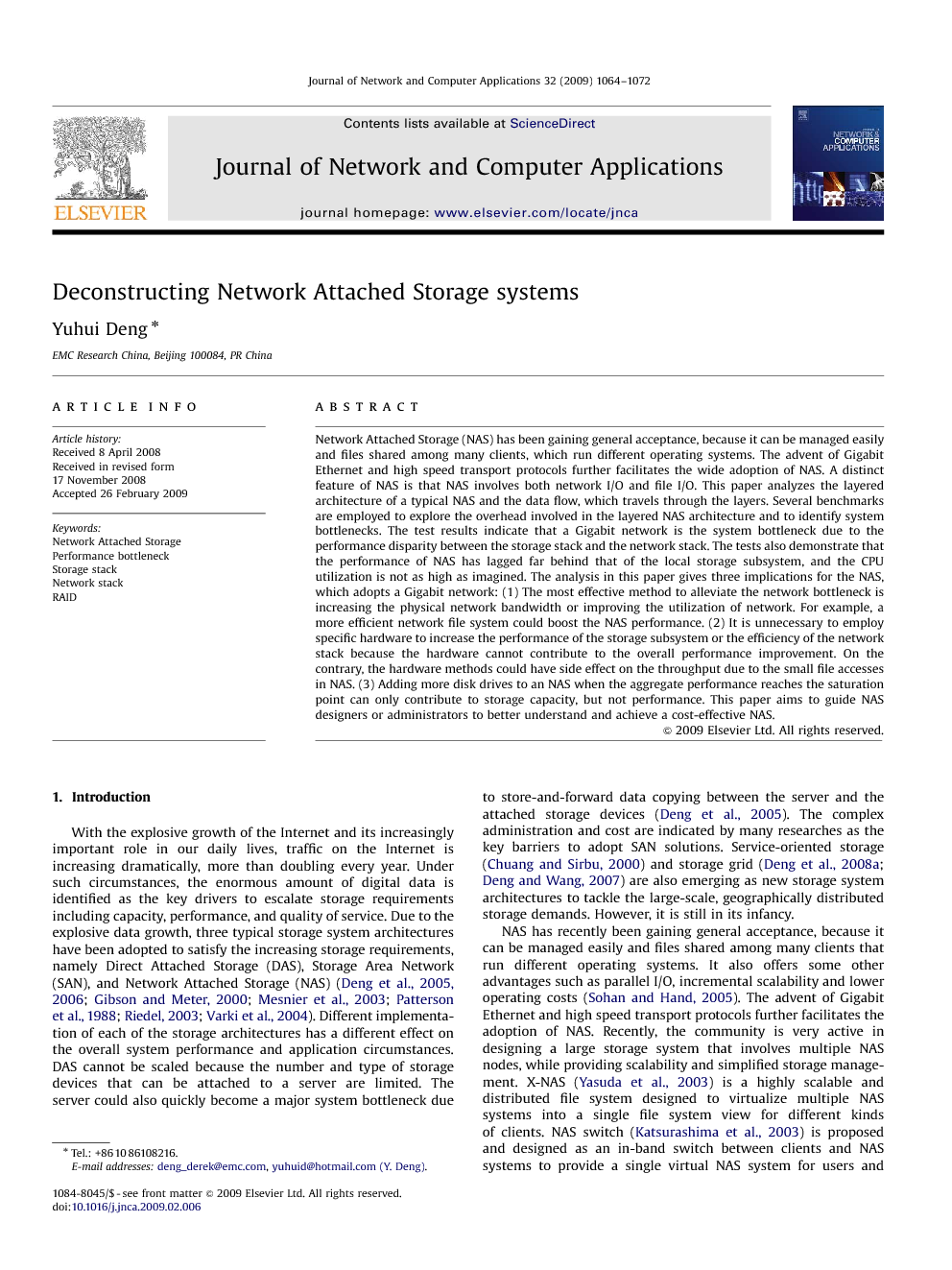 Network Attached Storage (NAS) has been gaining general acceptance, because it can be managed easily and files shared among many clients, which run different operating systems. The advent of Gigabit Ethernet and high speed transport protocols further facilitates the wide adoption of NAS. A distinct feature of NAS is that NAS involves both network I/O and file I/O. This paper analyzes the layered architecture of a typical NAS and the data flow, which travels through the layers. Several benchmarks are employed to explore the overhead involved in the layered NAS architecture and to identify system bottlenecks. The test results indicate that a Gigabit network is the system bottleneck due to the performance disparity between the storage stack and the network stack. The tests also demonstrate that the performance of NAS has lagged far behind that of the local storage subsystem, and the CPU utilization is not as high as imagined. The analysis in this paper gives three implications for the NAS, which adopts a Gigabit network: (1) The most effective method to alleviate the network bottleneck is increasing the physical network bandwidth or improving the utilization of network. For example, a more efficient network file system could boost the NAS performance. (2) It is unnecessary to employ specific hardware to increase the performance of the storage subsystem or the efficiency of the network stack because the hardware cannot contribute to the overall performance improvement. On the contrary, the hardware methods could have side effect on the throughput due to the small file accesses in NAS. (3) Adding more disk drives to an NAS when the aggregate performance reaches the saturation point can only contribute to storage capacity, but not performance. This paper aims to guide NAS designers or administrators to better understand and achieve a cost-effective NAS.