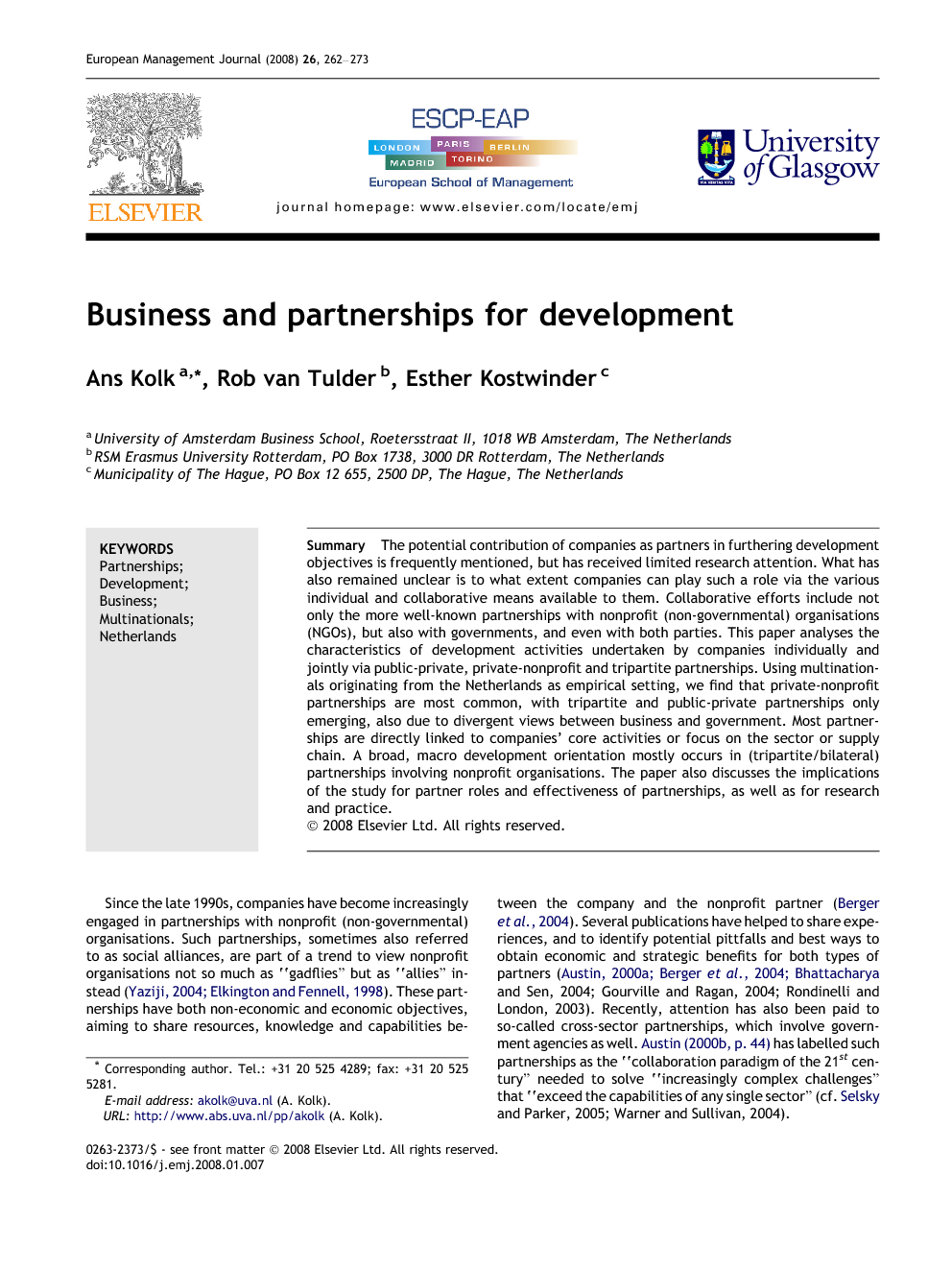 The potential contribution of companies as partners in furthering development objectives is frequently mentioned, but has received limited research attention. What has also remained unclear is to what extent companies can play such a role via the various individual and collaborative means available to them. Collaborative efforts include not only the more well-known partnerships with nonprofit (non-governmental) organisations (NGOs), but also with governments, and even with both parties. This paper analyses the characteristics of development activities undertaken by companies individually and jointly via public-private, private-nonprofit and tripartite partnerships. Using multinationals originating from the Netherlands as empirical setting, we find that private-nonprofit partnerships are most common, with tripartite and public-private partnerships only emerging, also due to divergent views between business and government. Most partnerships are directly linked to companies’ core activities or focus on the sector or supply chain. A broad, macro development orientation mostly occurs in (tripartite/bilateral) partnerships involving nonprofit organisations. The paper also discusses the implications of the study for partner roles and effectiveness of partnerships, as well as for research and practice.