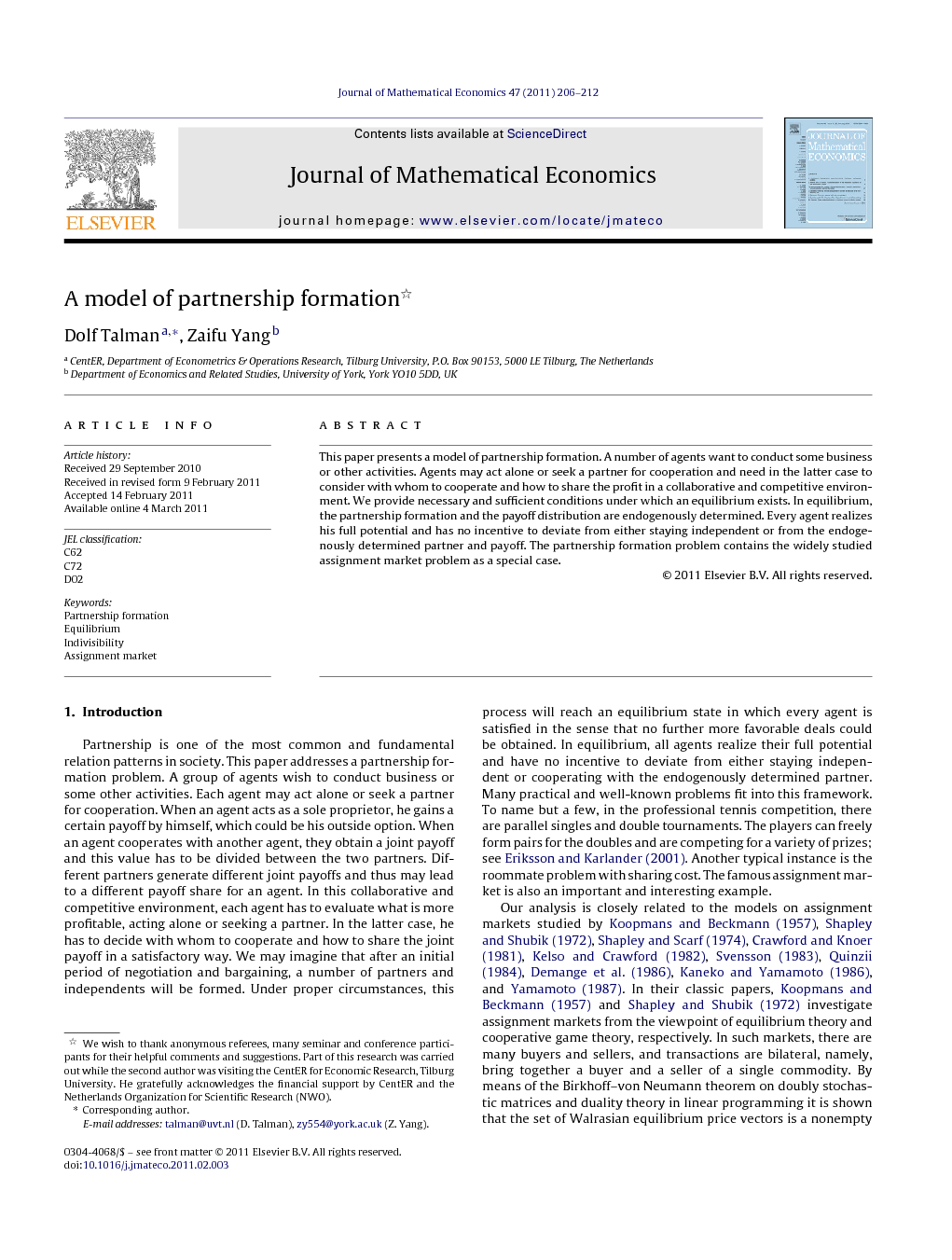 This paper presents a model of partnership formation. A number of agents want to conduct some business or other activities. Agents may act alone or seek a partner for cooperation and need in the latter case to consider with whom to cooperate and how to share the profit in a collaborative and competitive environment. We provide necessary and sufficient conditions under which an equilibrium exists. In equilibrium, the partnership formation and the payoff distribution are endogenously determined. Every agent realizes his full potential and has no incentive to deviate from either staying independent or from the endogenously determined partner and payoff. The partnership formation problem contains the widely studied assignment market problem as a special case.

In this paper we have introduced the partnership formation problem and proposed an equilibrium solution for the problem. The equilibrium solution endogenously provides answers to the question of partnership formation and that of payoff division. We have identified necessary and sufficient conditions and established equilibrium existence theorems for the model. In particular, Assumption 1 is intuitive and general and is satisfied by the classical assignment models. The current study also leaves us with some open questions. As mentioned earlier, for the assignment market models studied by Koopmans and Beckmann (1957) and by Shapley and Shubik (1972), Crawford and Knoer (1981), and Demange et al. (1986) have proposed competitive adjustment processes which mimic the behavior of real competitive markets and find an equilibrium. It is of considerable interest and difficulty to develop a similar competitive process that imitates the behavior of real partnership formation and endogenously yields partnership structure and payoff distribution in finitely many rounds of negotiations. It is also equally challenging to investigate what happens when uncertainty or imperfect information is introduced into the payoff that each agent or each pair of agents can achieve.