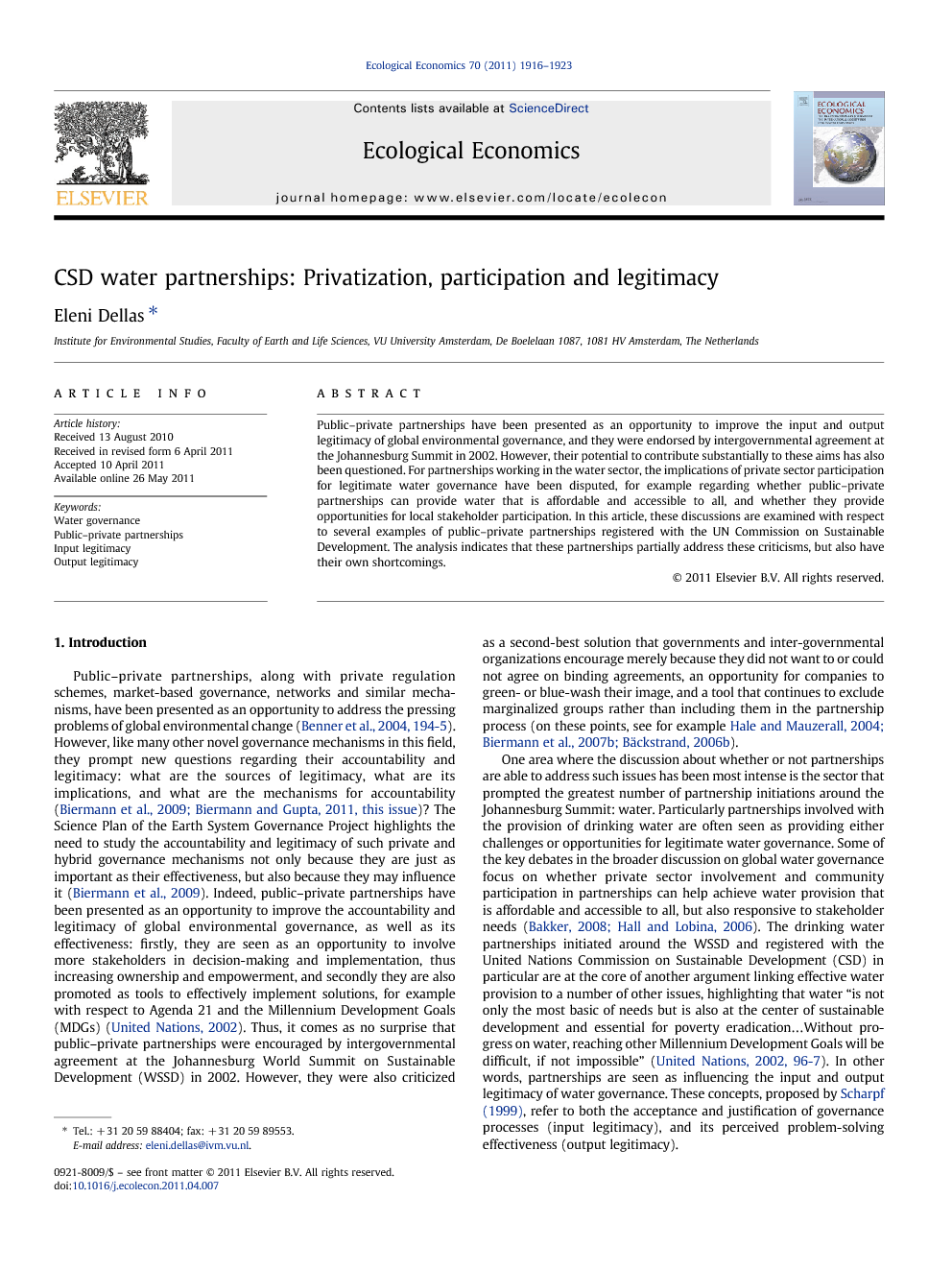 Public–private partnerships have been presented as an opportunity to improve the input and output legitimacy of global environmental governance, and they were endorsed by intergovernmental agreement at the Johannesburg Summit in 2002. However, their potential to contribute substantially to these aims has also been questioned. For partnerships working in the water sector, the implications of private sector participation for legitimate water governance have been disputed, for example regarding whether public–private partnerships can provide water that is affordable and accessible to all, and whether they provide opportunities for local stakeholder participation. In this article, these discussions are examined with respect to several examples of public–private partnerships registered with the UN Commission on Sustainable Development. The analysis indicates that these partnerships partially address these criticisms, but also have their own shortcomings.