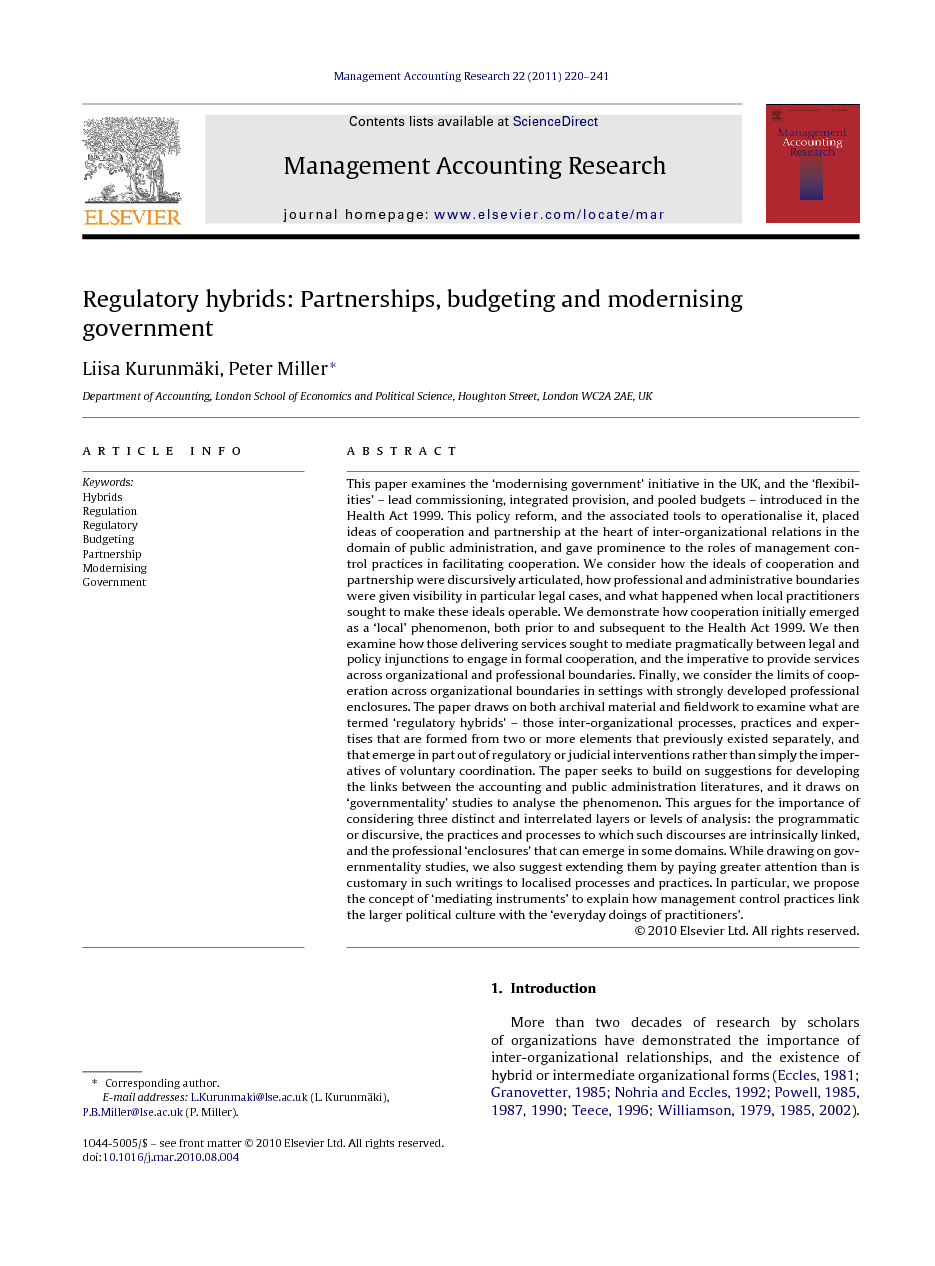 This paper examines the ‘modernising government’ initiative in the UK, and the ‘flexibilities’ – lead commissioning, integrated provision, and pooled budgets – introduced in the Health Act 1999. This policy reform, and the associated tools to operationalise it, placed ideas of cooperation and partnership at the heart of inter-organizational relations in the domain of public administration, and gave prominence to the roles of management control practices in facilitating cooperation. We consider how the ideals of cooperation and partnership were discursively articulated, how professional and administrative boundaries were given visibility in particular legal cases, and what happened when local practitioners sought to make these ideals operable. We demonstrate how cooperation initially emerged as a ‘local’ phenomenon, both prior to and subsequent to the Health Act 1999. We then examine how those delivering services sought to mediate pragmatically between legal and policy injunctions to engage in formal cooperation, and the imperative to provide services across organizational and professional boundaries. Finally, we consider the limits of cooperation across organizational boundaries in settings with strongly developed professional enclosures. The paper draws on both archival material and fieldwork to examine what are termed ‘regulatory hybrids’ – those inter-organizational processes, practices and expertises that are formed from two or more elements that previously existed separately, and that emerge in part out of regulatory or judicial interventions rather than simply the imperatives of voluntary coordination. The paper seeks to build on suggestions for developing the links between the accounting and public administration literatures, and it draws on ‘governmentality’ studies to analyse the phenomenon. This argues for the importance of considering three distinct and interrelated layers or levels of analysis: the programmatic or discursive, the practices and processes to which such discourses are intrinsically linked, and the professional ‘enclosures’ that can emerge in some domains. While drawing on governmentality studies, we also suggest extending them by paying greater attention than is customary in such writings to localised processes and practices. In particular, we propose the concept of ‘mediating instruments’ to explain how management control practices link the larger political culture with the ‘everyday doings of practitioners’.