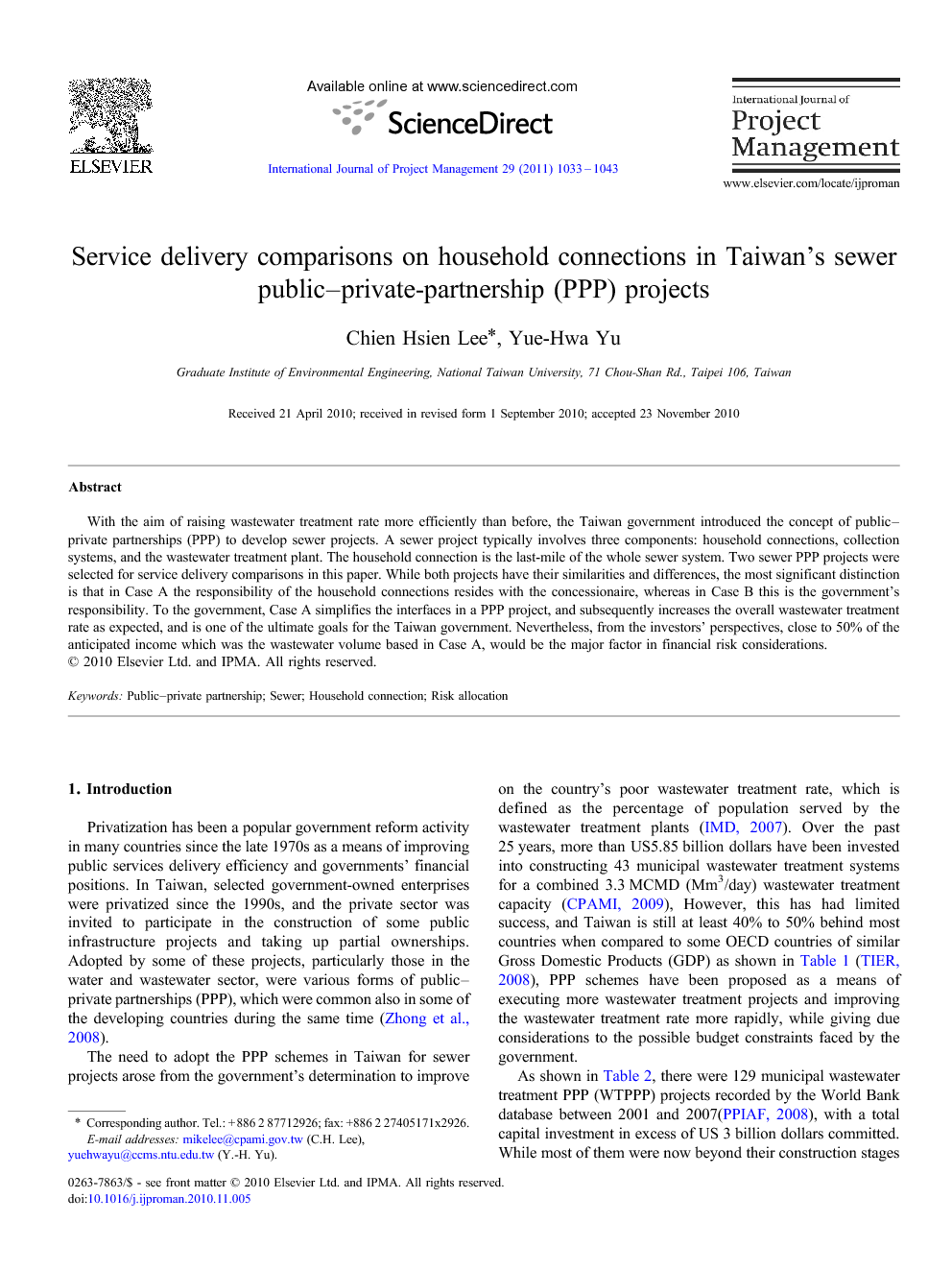 With the aim of raising wastewater treatment rate more efficiently than before, the Taiwan government introduced the concept of public–private partnerships (PPP) to develop sewer projects. A sewer project typically involves three components: household connections, collection systems, and the wastewater treatment plant. The household connection is the last-mile of the whole sewer system. Two sewer PPP projects were selected for service delivery comparisons in this paper. While both projects have their similarities and differences, the most significant distinction is that in Case A the responsibility of the household connections resides with the concessionaire, whereas in Case B this is the government's responsibility. To the government, Case A simplifies the interfaces in a PPP project, and subsequently increases the overall wastewater treatment rate as expected, and is one of the ultimate goals for the Taiwan government. Nevertheless, from the investors' perspectives, close to 50% of the anticipated income which was the wastewater volume based in Case A, would be the major factor in financial risk considerations.