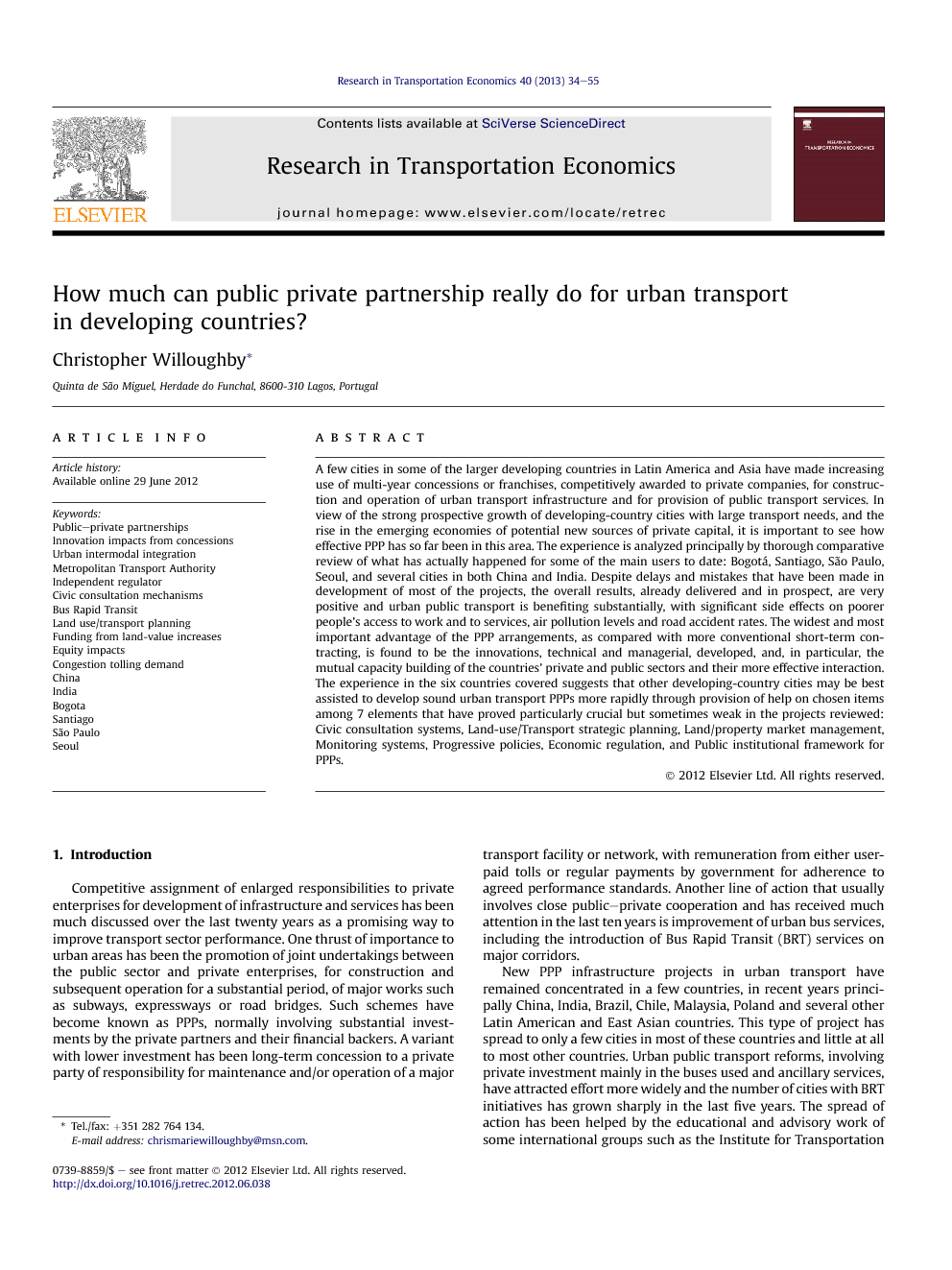 A few cities in some of the larger developing countries in Latin America and Asia have made increasing use of multi-year concessions or franchises, competitively awarded to private companies, for construction and operation of urban transport infrastructure and for provision of public transport services. In view of the strong prospective growth of developing-country cities with large transport needs, and the rise in the emerging economies of potential new sources of private capital, it is important to see how effective PPP has so far been in this area. The experience is analyzed principally by thorough comparative review of what has actually happened for some of the main users to date: Bogotá, Santiago, São Paulo, Seoul, and several cities in both China and India. Despite delays and mistakes that have been made in development of most of the projects, the overall results, already delivered and in prospect, are very positive and urban public transport is benefiting substantially, with significant side effects on poorer people's access to work and to services, air pollution levels and road accident rates. The widest and most important advantage of the PPP arrangements, as compared with more conventional short-term contracting, is found to be the innovations, technical and managerial, developed, and, in particular, the mutual capacity building of the countries' private and public sectors and their more effective interaction. The experience in the six countries covered suggests that other developing-country cities may be best assisted to develop sound urban transport PPPs more rapidly through provision of help on chosen items among 7 elements that have proved particularly crucial but sometimes weak in the projects reviewed: Civic consultation systems, Land-use/Transport strategic planning, Land/property market management, Monitoring systems, Progressive policies, Economic regulation, and Public institutional framework for PPPs.