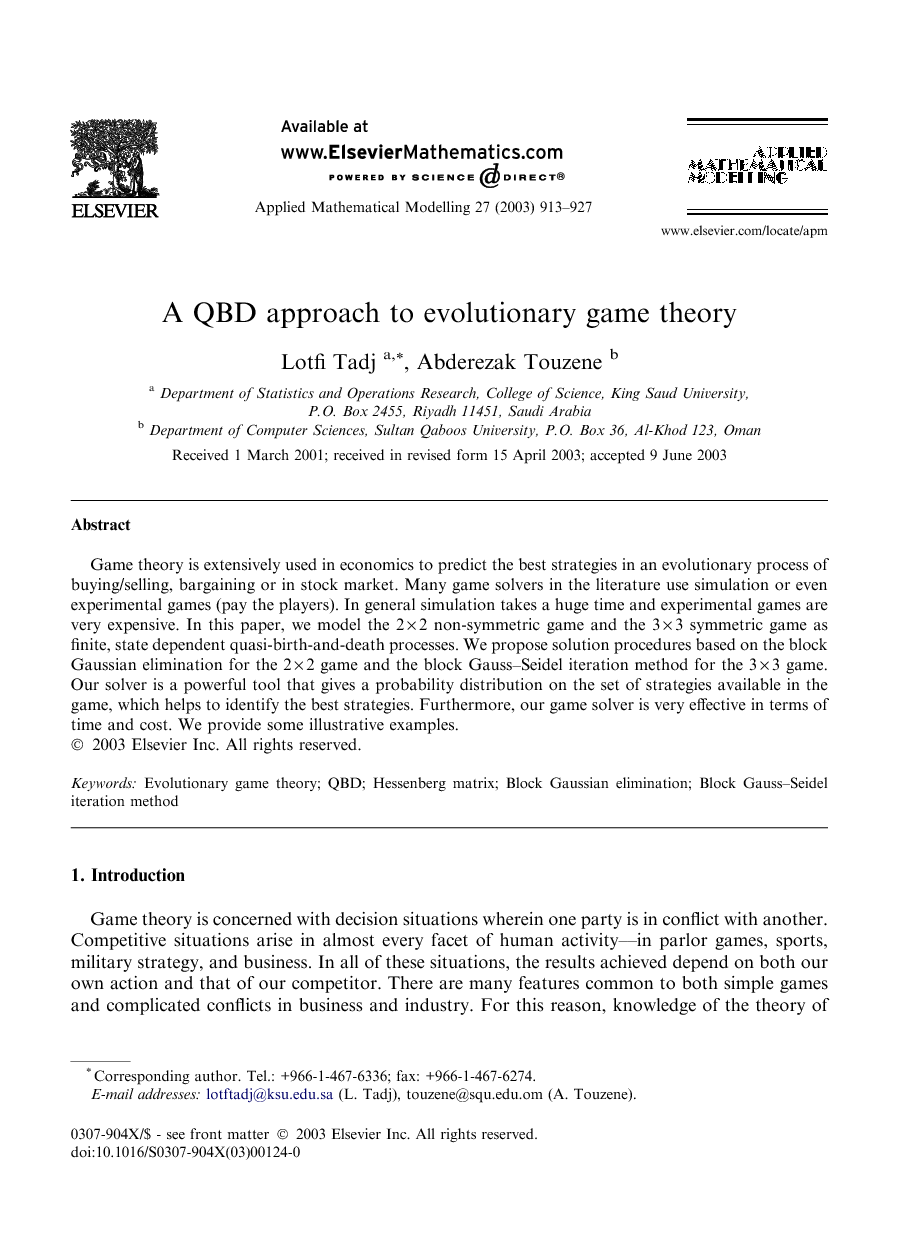 Game theory is extensively used in economics to predict the best strategies in an evolutionary process of buying/selling, bargaining or in stock market. Many game solvers in the literature use simulation or even experimental games (pay the players). In general simulation takes a huge time and experimental games are very expensive. In this paper, we model the 2 × 2 non-symmetric game and the 3 × 3 symmetric game as finite, state dependent quasi-birth-and-death processes. We propose solution procedures based on the block Gaussian elimination for the 2 × 2 game and the block Gauss–Seidel iteration method for the 3 × 3 game. Our solver is a powerful tool that gives a probability distribution on the set of strategies available in the game, which helps to identify the best strategies. Furthermore, our game solver is very effective in terms of time and cost. We provide some illustrative examples.

In this paper, a finite, state dependent QBD process is suggested to model some evolutionary games. These models were solved using efficient numerical methods. In all cases, the results obtained were as expected. Further studies can be made on the choice of . On one hand, the numerical techniques may be sensitive to the value of . On the other hand, how would this value affect the dynamic behaviour of the game.