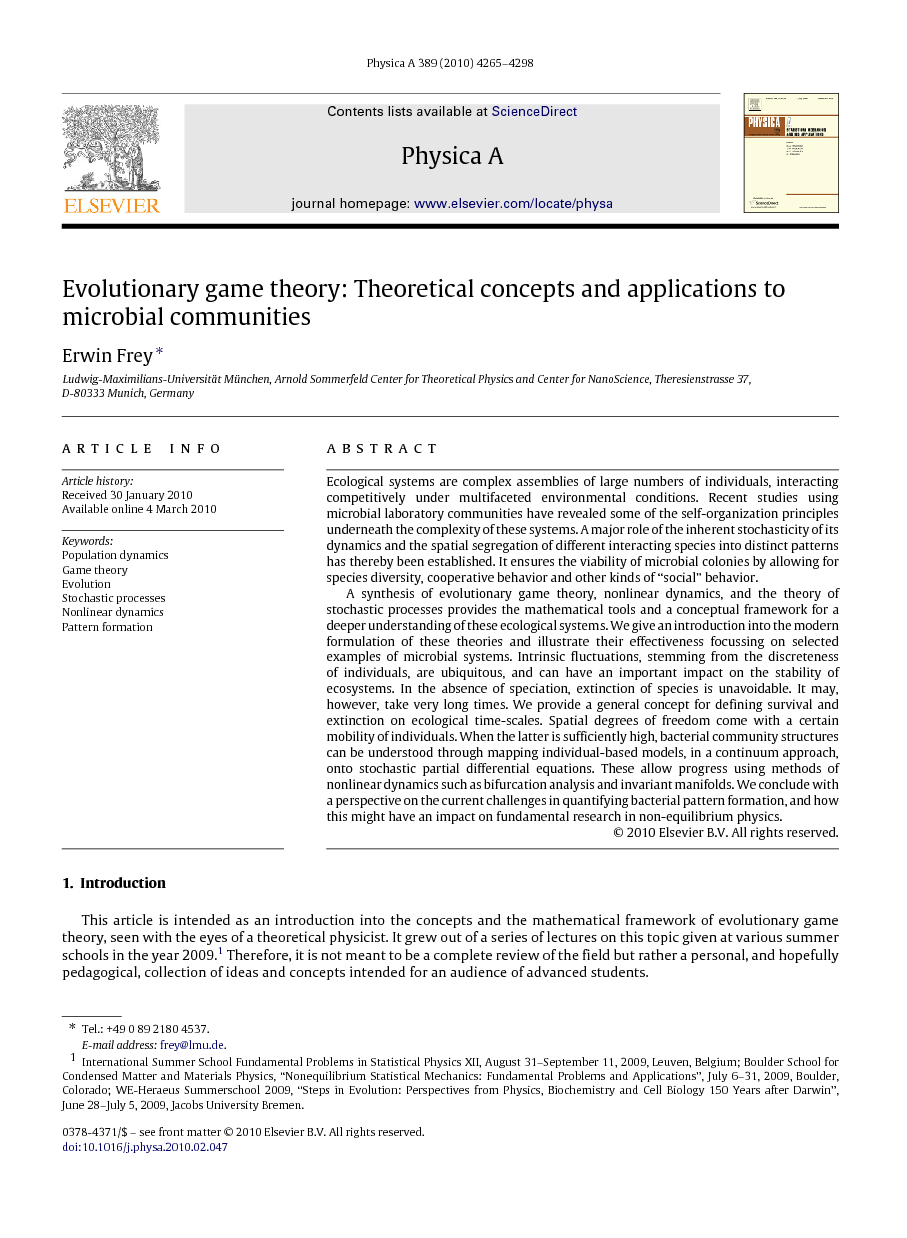 Ecological systems are complex assemblies of large numbers of individuals, interacting competitively under multifaceted environmental conditions. Recent studies using microbial laboratory communities have revealed some of the self-organization principles underneath the complexity of these systems. A major role of the inherent stochasticity of its dynamics and the spatial segregation of different interacting species into distinct patterns has thereby been established. It ensures the viability of microbial colonies by allowing for species diversity, cooperative behavior and other kinds of “social” behavior. A synthesis of evolutionary game theory, nonlinear dynamics, and the theory of stochastic processes provides the mathematical tools and a conceptual framework for a deeper understanding of these ecological systems. We give an introduction into the modern formulation of these theories and illustrate their effectiveness focussing on selected examples of microbial systems. Intrinsic fluctuations, stemming from the discreteness of individuals, are ubiquitous, and can have an important impact on the stability of ecosystems. In the absence of speciation, extinction of species is unavoidable. It may, however, take very long times. We provide a general concept for defining survival and extinction on ecological time-scales. Spatial degrees of freedom come with a certain mobility of individuals. When the latter is sufficiently high, bacterial community structures can be understood through mapping individual-based models, in a continuum approach, onto stochastic partial differential equations. These allow progress using methods of nonlinear dynamics such as bifurcation analysis and invariant manifolds. We conclude with a perspective on the current challenges in quantifying bacterial pattern formation, and how this might have an impact on fundamental research in non-equilibrium physics.