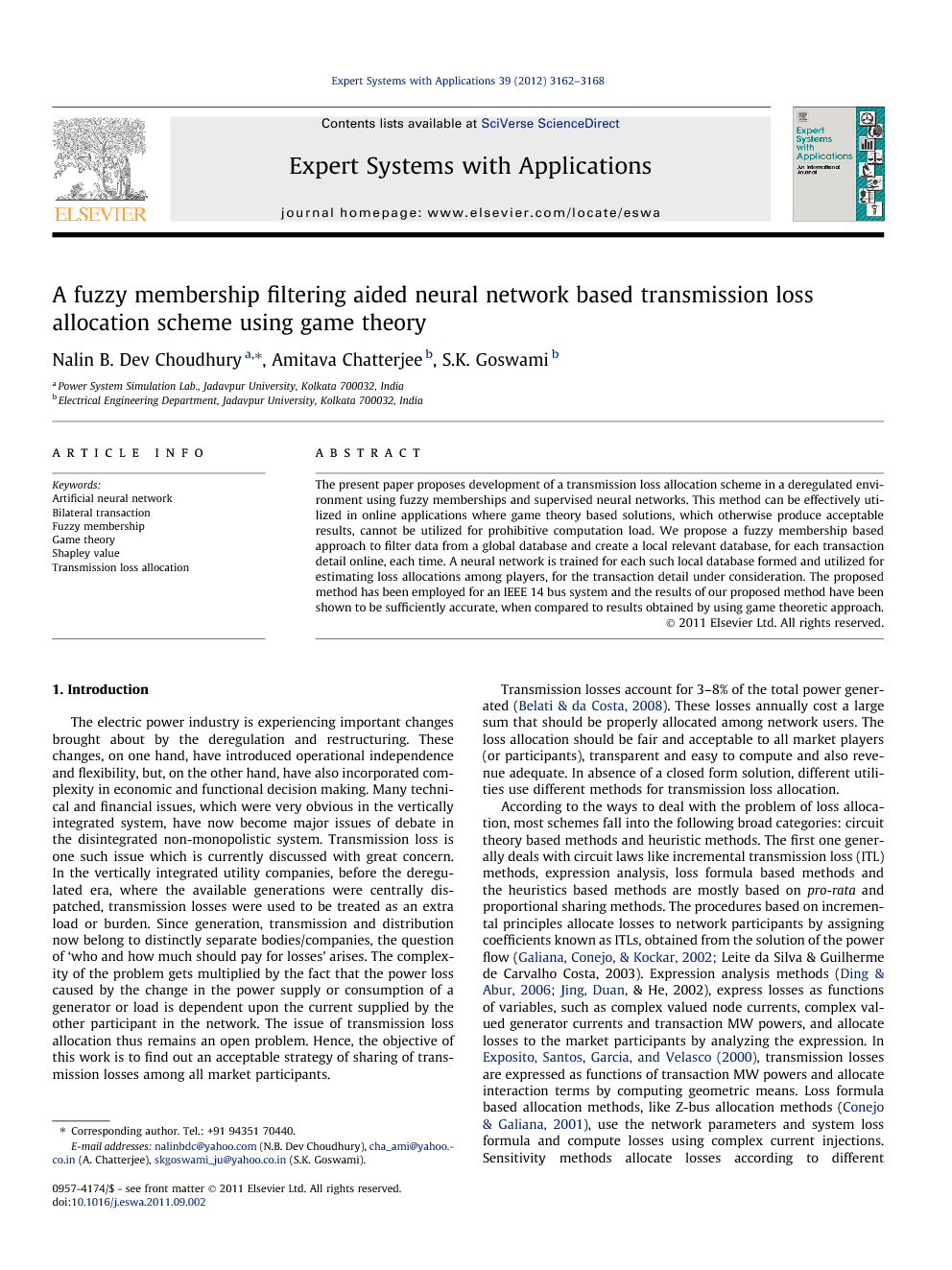 The present paper proposes development of a transmission loss allocation scheme in a deregulated environment using fuzzy memberships and supervised neural networks. This method can be effectively utilized in online applications where game theory based solutions, which otherwise produce acceptable results, cannot be utilized for prohibitive computation load. We propose a fuzzy membership based approach to filter data from a global database and create a local relevant database, for each transaction detail online, each time. A neural network is trained for each such local database formed and utilized for estimating loss allocations among players, for the transaction detail under consideration. The proposed method has been employed for an IEEE 14 bus system and the results of our proposed method have been shown to be sufficiently accurate, when compared to results obtained by using game theoretic approach.

A new fuzzy membership based method and MLPNN based hybrid approach is proposed for loss allocation among players in a deregulated environment. The system proposes to maintain a global Transaction-Loss_Allocation database using game theoretic Shapley value method. Then, when a new transaction arrives, the fuzzy method is used to filter local database from the global database, using the transaction detail as an operating point in a hyperdimensional space. Subsequently the local database is used to train a supervised ANN and then estimate loss allocations, for the transaction detail in question. The results of our proposed method are compared with those obtained using Shapley value method and they are found in close agreement. This validates the utility of our method, from accuracy point of view. The proposed method can also be employed in online situation, which makes it an attractive alternative to game theoretic solutions, which, are practically not recommendable because of huge computational burden in online situations.