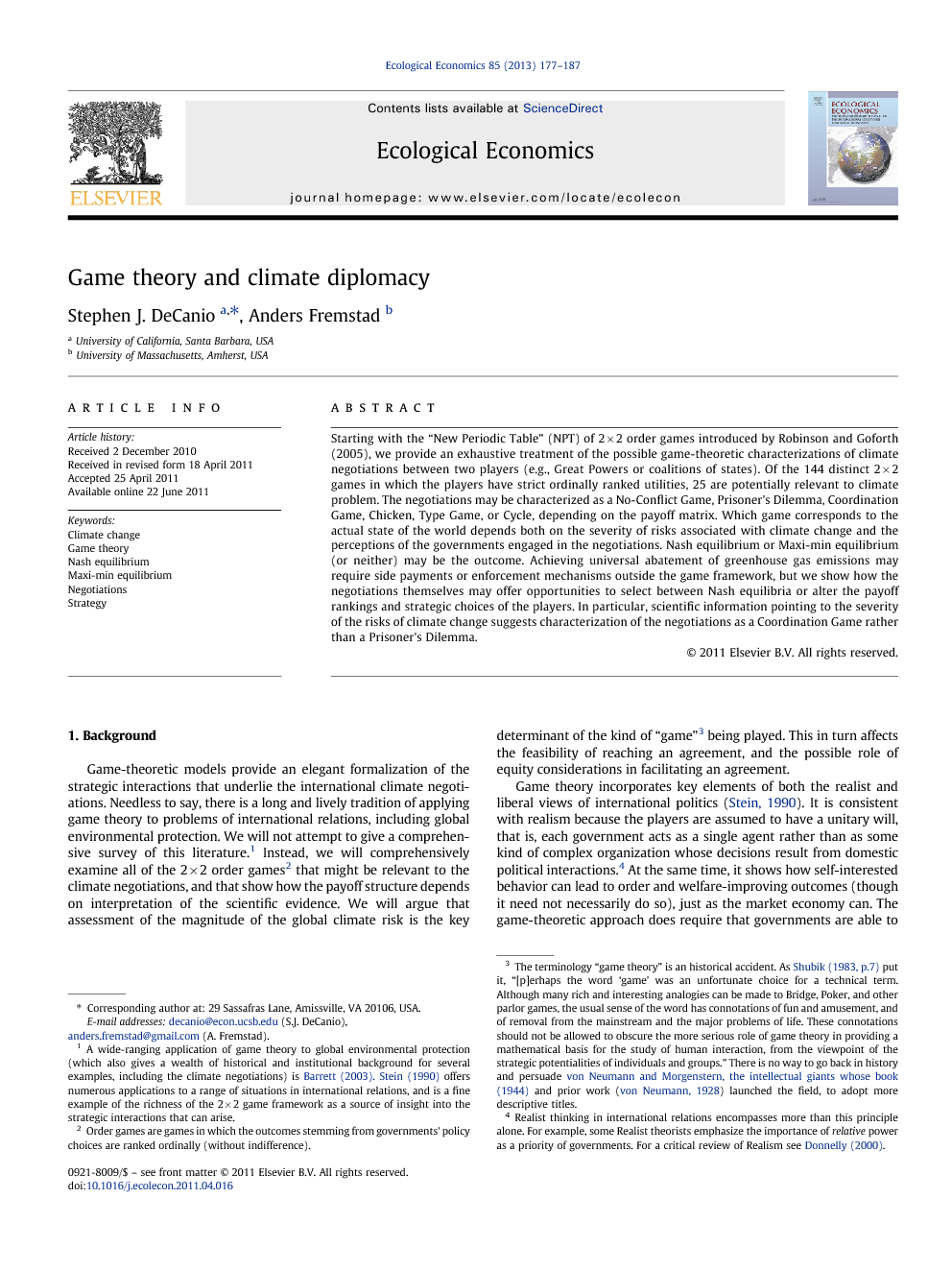 Starting with the “New Periodic Table” (NPT) of 2 × 2 order games introduced by Robinson and Goforth (2005), we provide an exhaustive treatment of the possible game-theoretic characterizations of climate negotiations between two players (e.g., Great Powers or coalitions of states). Of the 144 distinct 2 × 2 games in which the players have strict ordinally ranked utilities, 25 are potentially relevant to climate problem. The negotiations may be characterized as a No-Conflict Game, Prisoner's Dilemma, Coordination Game, Chicken, Type Game, or Cycle, depending on the payoff matrix. Which game corresponds to the actual state of the world depends both on the severity of risks associated with climate change and the perceptions of the governments engaged in the negotiations. Nash equilibrium or Maxi-min equilibrium (or neither) may be the outcome. Achieving universal abatement of greenhouse gas emissions may require side payments or enforcement mechanisms outside the game framework, but we show how the negotiations themselves may offer opportunities to select between Nash equilibria or alter the payoff rankings and strategic choices of the players. In particular, scientific information pointing to the severity of the risks of climate change suggests characterization of the negotiations as a Coordination Game rather than a Prisoner's Dilemma.