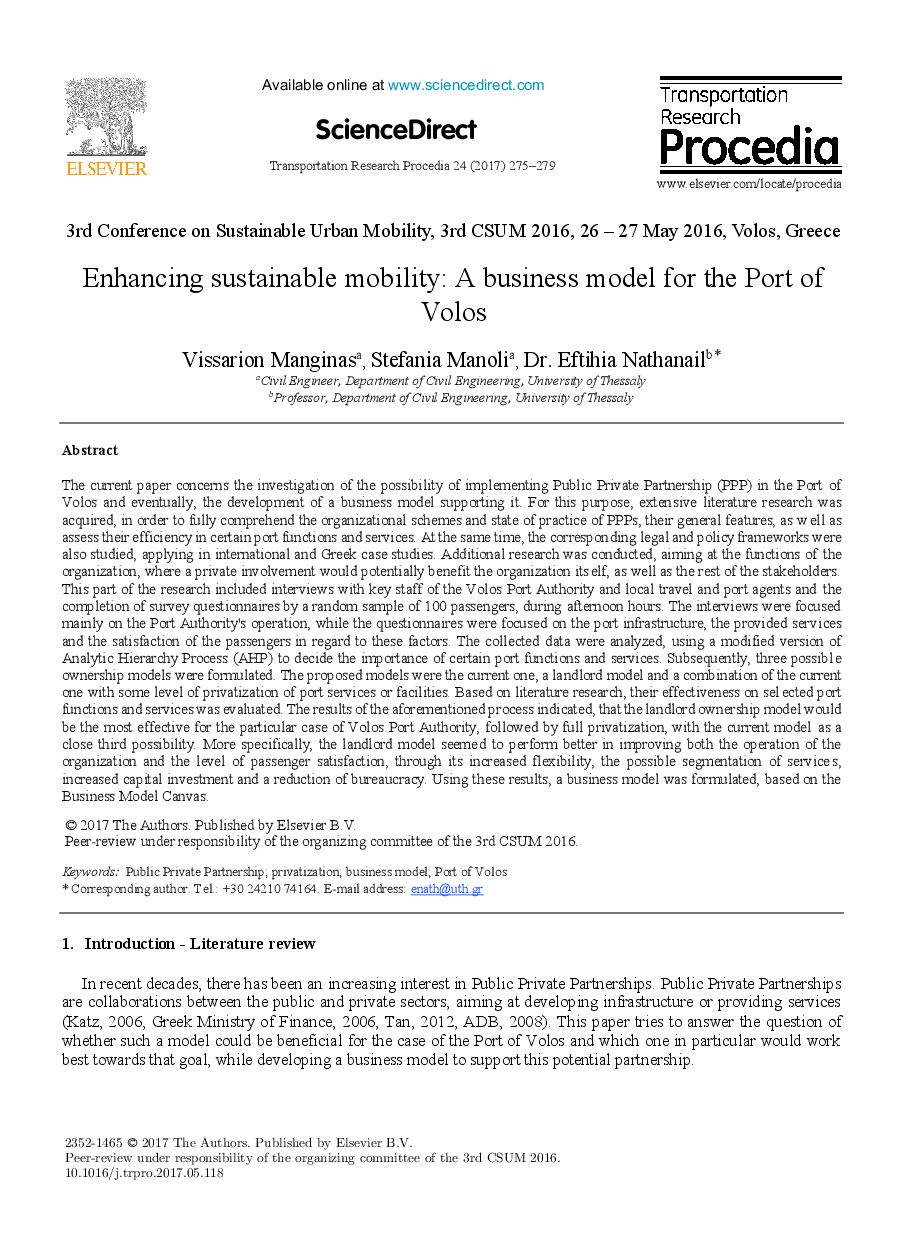 The current paper concerns the investigation of the possibility of implementing Public Private Partnership (PPP) in the Port of Volos and eventually, the development of a business model supporting it. For this purpose, extensive literature research was acquired, in order to fully comprehend the organizational schemes and state of practice of PPPs, their general features, as well as assess their efficiency in certain port functions and services. At the same time, the corresponding legal and policy frameworks were also studied, applying in international and Greek case studies. Additional research was conducted, aiming at the functions of the organization, where a private involvement would potentially benefit the organization itself, as well as the rest of the stakeholders. This part of the research included interviews with key staff of the Volos Port Authority and local travel and port agents and the completion of survey questionnaires by a random sample of 100 passengers, during afternoon hours. The interviews were focused mainly on the Port Authorityâs operation, while the questionnaires were focused on the port infrastructure, the provided services and the satisfaction of the passengers in regard to these factors. The collected data were analyzed, using a modified version of Analytic Hierarchy Process (AHP) to decide the importance of certain port functions and services. Subsequently, three possible ownership models were formulated. The proposed models were the current one, a landlord model and a combination of the current one with some level of privatization of port services or facilities. Based on literature research, their effectiveness on selected port functions and services was evaluated. The results of the aforementioned process indicated, that the landlord ownership model would be the most effective for the particular case of Volos Port Authority, followed by full privatization, with the current model as a close third possibility. More specifically, the landlord model seemed to perform better in improving both the operation of the organization and the level of passenger satisfaction, through its increased flexibility, the possible segmentation of services, increased capital investment and a reduction of bureaucracy. Using these results, a business model was formulated, based on the Business Model Canvas.