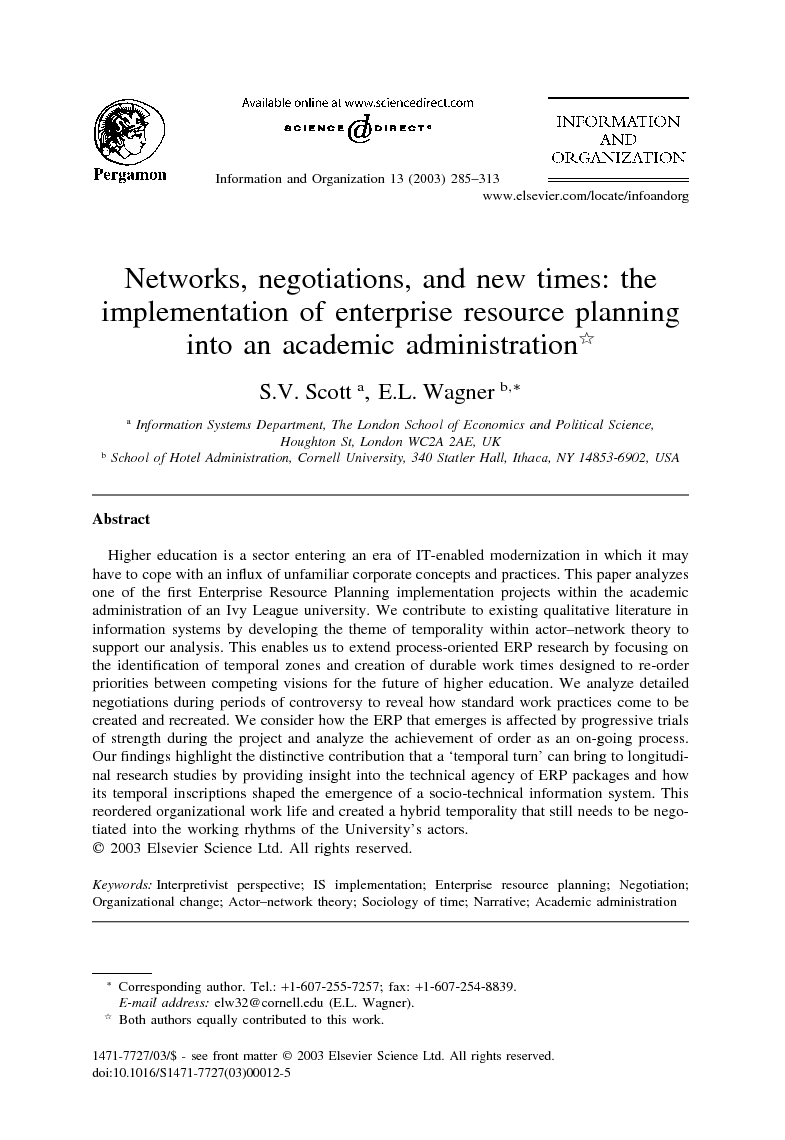 Higher education is a sector entering an era of IT-enabled modernization in which it may have to cope with an influx of unfamiliar corporate concepts and practices. This paper analyzes one of the first Enterprise Resource Planning implementation projects within the academic administration of an Ivy League university. We contribute to existing qualitative literature in information systems by developing the theme of temporality within actor–network theory to support our analysis. This enables us to extend process-oriented ERP research by focusing on the identification of temporal zones and creation of durable work times designed to re-order priorities between competing visions for the future of higher education. We analyze detailed negotiations during periods of controversy to reveal how standard work practices come to be created and recreated. We consider how the ERP that emerges is affected by progressive trials of strength during the project and analyze the achievement of order as an on-going process. Our findings highlight the distinctive contribution that a ‘temporal turn’ can bring to longitudinal research studies by providing insight into the technical agency of ERP packages and how its temporal inscriptions shaped the emergence of a socio-technical information system. This reordered organizational work life and created a hybrid temporality that still needs to be negotiated into the working rhythms of the University’s actors.