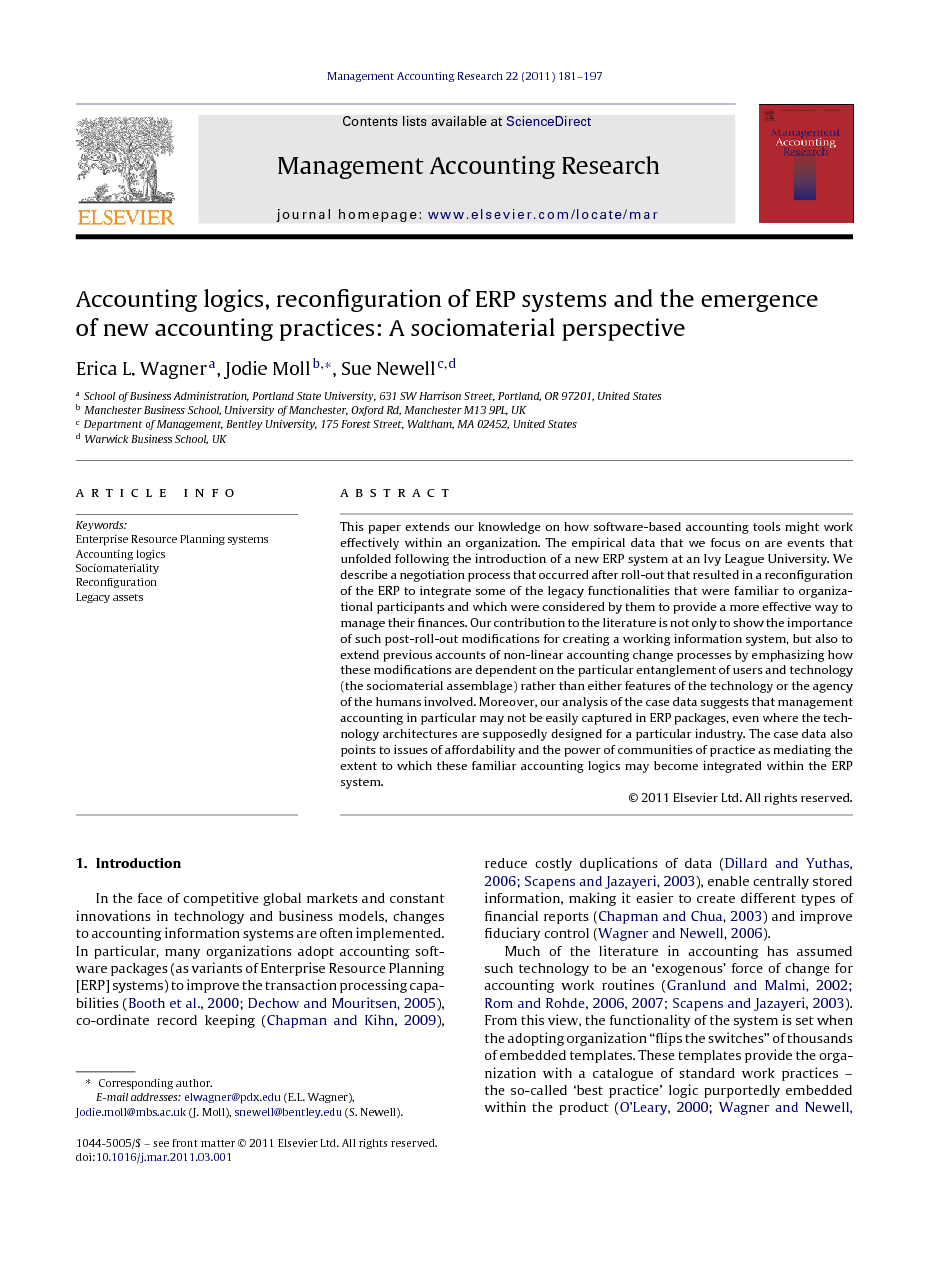 This paper extends our knowledge on how software-based accounting tools might work effectively within an organization. The empirical data that we focus on are events that unfolded following the introduction of a new ERP system at an Ivy League University. We describe a negotiation process that occurred after roll-out that resulted in a reconfiguration of the ERP to integrate some of the legacy functionalities that were familiar to organizational participants and which were considered by them to provide a more effective way to manage their finances. Our contribution to the literature is not only to show the importance of such post-roll-out modifications for creating a working information system, but also to extend previous accounts of non-linear accounting change processes by emphasizing how these modifications are dependent on the particular entanglement of users and technology (the sociomaterial assemblage) rather than either features of the technology or the agency of the humans involved. Moreover, our analysis of the case data suggests that management accounting in particular may not be easily captured in ERP packages, even where the technology architectures are supposedly designed for a particular industry. The case data also points to issues of affordability and the power of communities of practice as mediating the extent to which these familiar accounting logics may become integrated within the ERP system.