عنوان انگلیسی
The relations between transactional characteristics, trust and risk in the start-up phase of a collaborative alliance
دانلود فوری مقاله + سفارش ترجمه 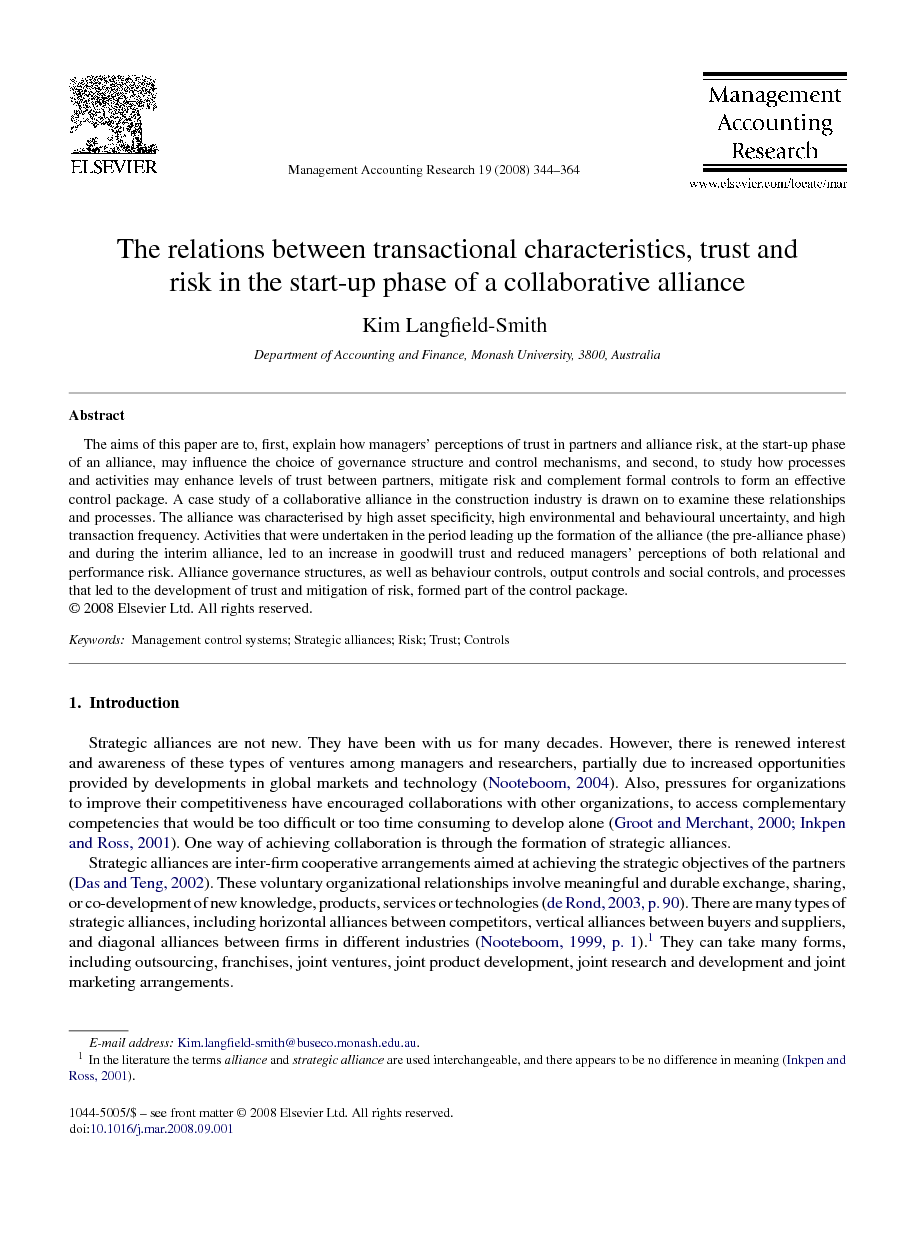 The aims of this paper are to, first, explain how managers’ perceptions of trust in partners and alliance risk, at the start-up phase of an alliance, may influence the choice of governance structure and control mechanisms, and second, to study how processes and activities may enhance levels of trust between partners, mitigate risk and complement formal controls to form an effective control package. A case study of a collaborative alliance in the construction industry is drawn on to examine these relationships and processes. The alliance was characterised by high asset specificity, high environmental and behavioural uncertainty, and high transaction frequency. Activities that were undertaken in the period leading up the formation of the alliance (the pre-alliance phase) and during the interim alliance, led to an increase in goodwill trust and reduced managers’ perceptions of both relational and performance risk. Alliance governance structures, as well as behaviour controls, output controls and social controls, and processes that led to the development of trust and mitigation of risk, formed part of the control package.