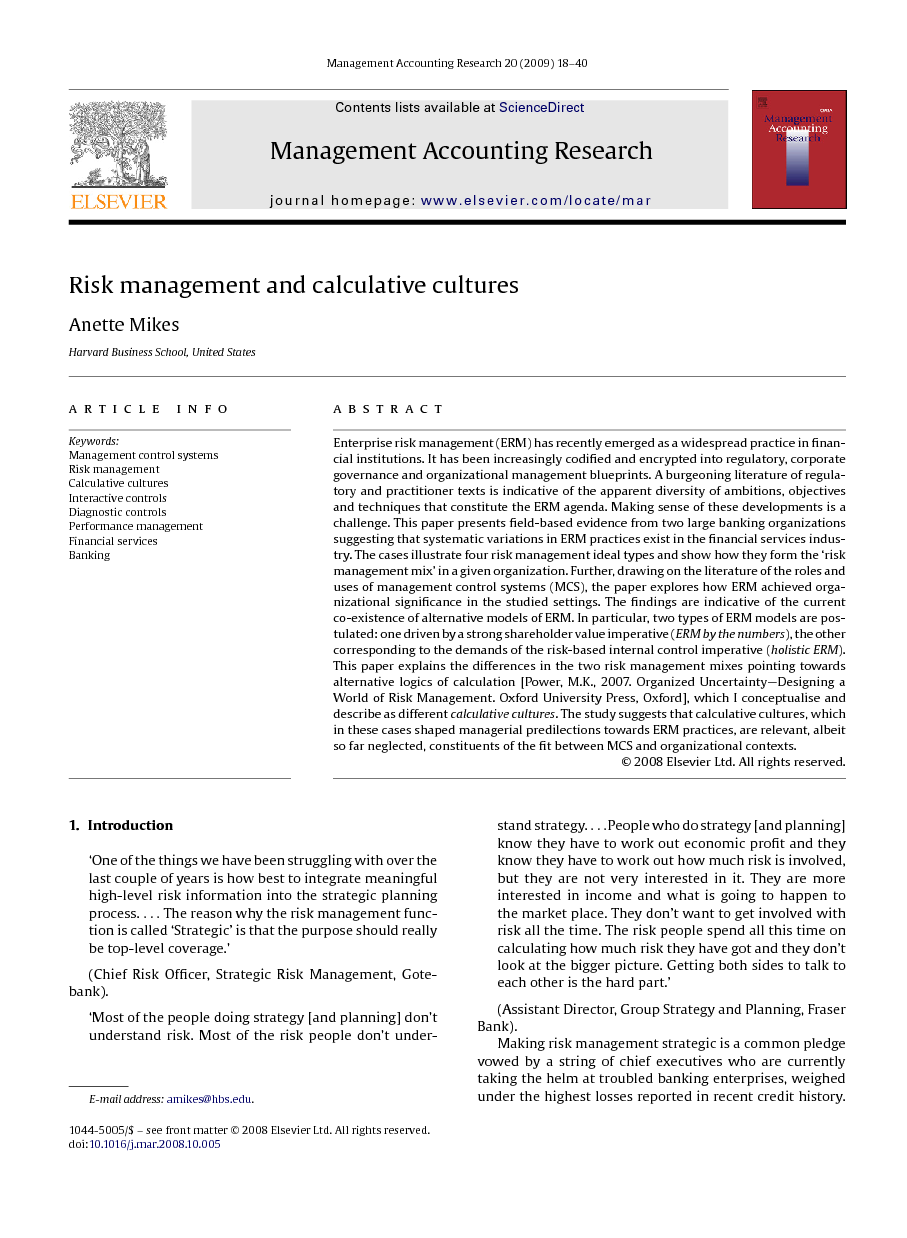 Enterprise risk management (ERM) has recently emerged as a widespread practice in financial institutions. It has been increasingly codified and encrypted into regulatory, corporate governance and organizational management blueprints. A burgeoning literature of regulatory and practitioner texts is indicative of the apparent diversity of ambitions, objectives and techniques that constitute the ERM agenda. Making sense of these developments is a challenge. This paper presents field-based evidence from two large banking organizations suggesting that systematic variations in ERM practices exist in the financial services industry. The cases illustrate four risk management ideal types and show how they form the ‘risk management mix’ in a given organization. Further, drawing on the literature of the roles and uses of management control systems (MCS), the paper explores how ERM achieved organizational significance in the studied settings. The findings are indicative of the current co-existence of alternative models of ERM. In particular, two types of ERM models are postulated: one driven by a strong shareholder value imperative (ERM by the numbers), the other corresponding to the demands of the risk-based internal control imperative (holistic ERM). This paper explains the differences in the two risk management mixes pointing towards alternative logics of calculation [Power, M.K., 2007. Organized Uncertainty—Designing a World of Risk Management. Oxford University Press, Oxford], which I conceptualise and describe as different calculative cultures. The study suggests that calculative cultures, which in these cases shaped managerial predilections towards ERM practices, are relevant, albeit so far neglected, constituents of the fit between MCS and organizational contexts.