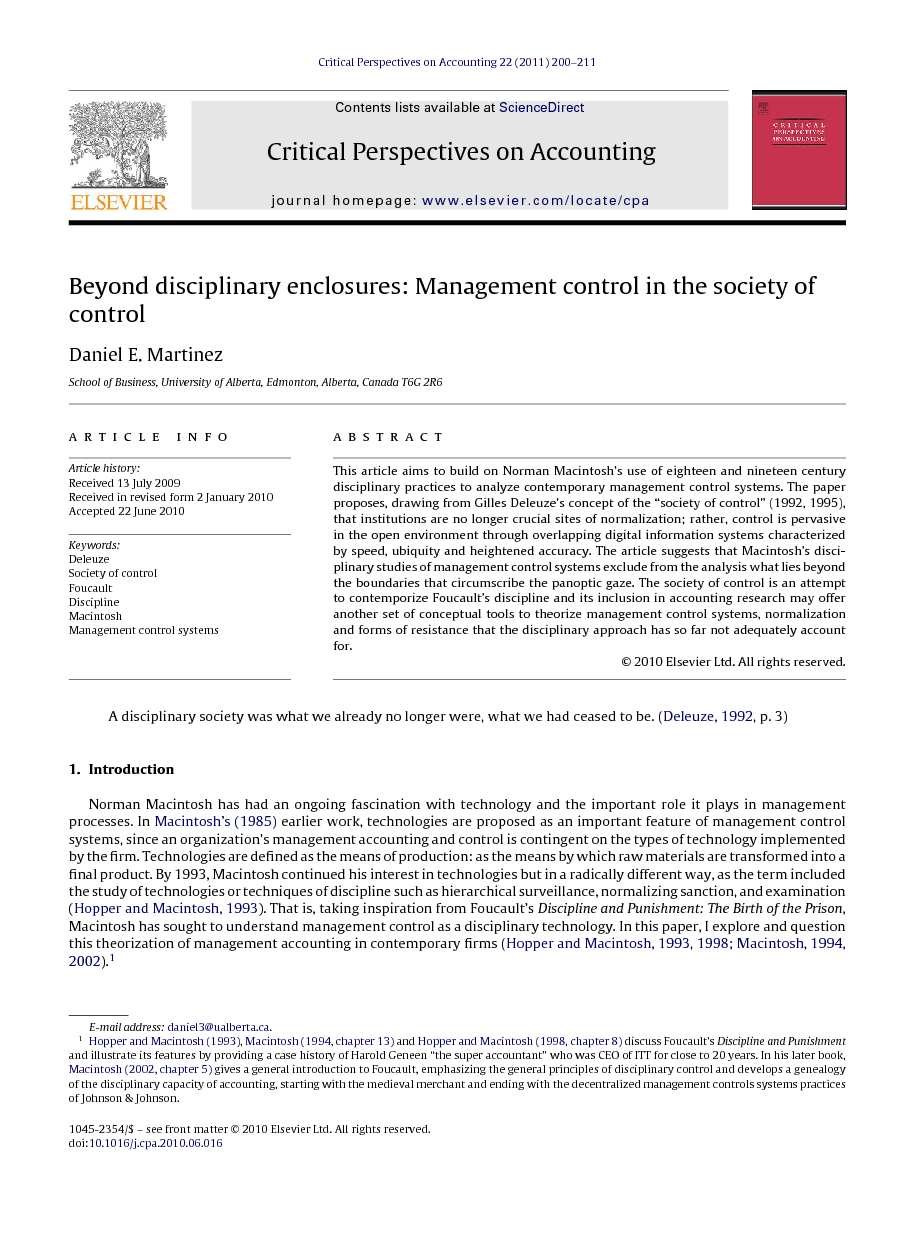 This article aims to build on Norman Macintosh's use of eighteen and nineteen century disciplinary practices to analyze contemporary management control systems. The paper proposes, drawing from Gilles Deleuze's concept of the “society of control” (1992, 1995), that institutions are no longer crucial sites of normalization; rather, control is pervasive in the open environment through overlapping digital information systems characterized by speed, ubiquity and heightened accuracy. The article suggests that Macintosh's disciplinary studies of management control systems exclude from the analysis what lies beyond the boundaries that circumscribe the panoptic gaze. The society of control is an attempt to contemporize Foucault's discipline and its inclusion in accounting research may offer another set of conceptual tools to theorize management control systems, normalization and forms of resistance that the disciplinary approach has so far not adequately account for.