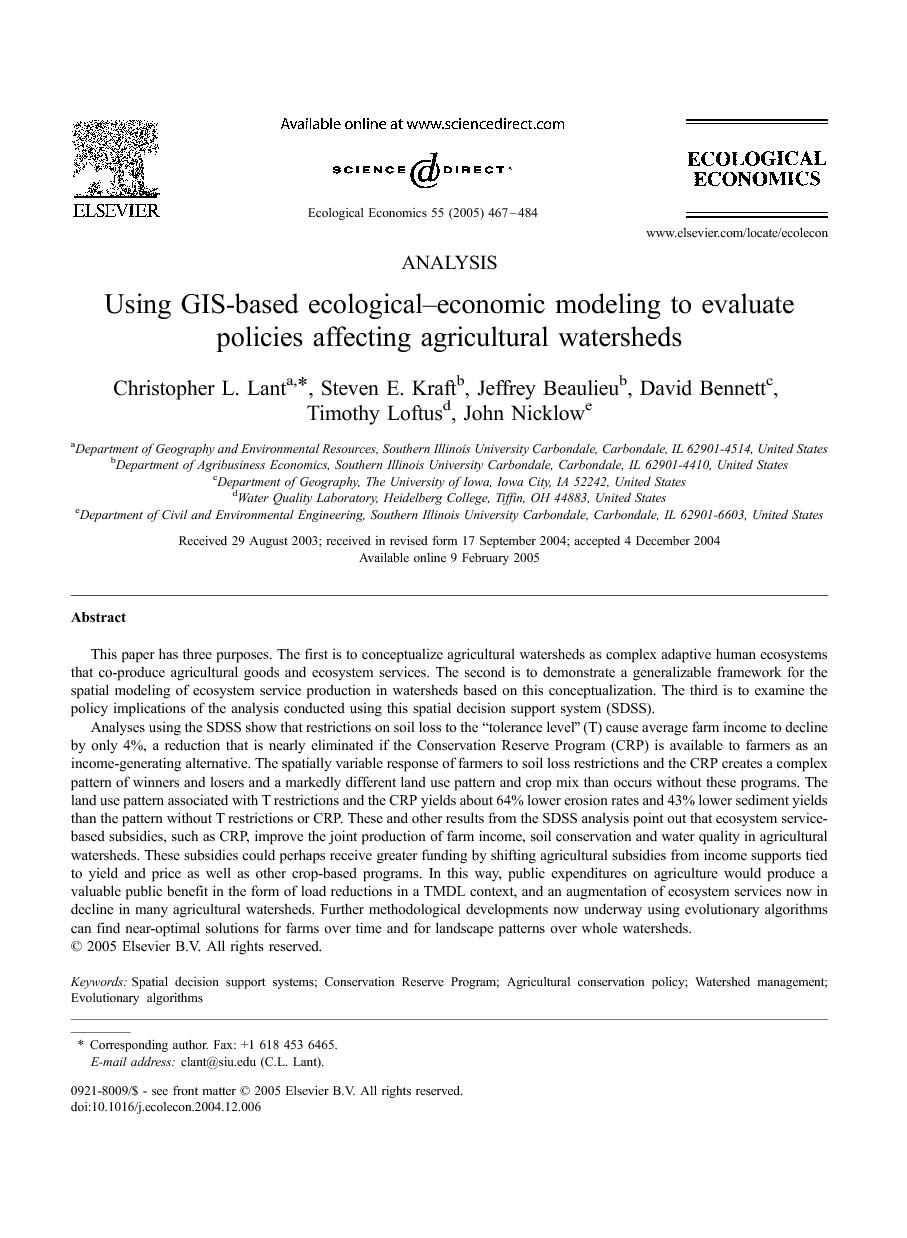 This paper has three purposes. The first is to conceptualize agricultural watersheds as complex adaptive human ecosystems that co-produce agricultural goods and ecosystem services. The second is to demonstrate a generalizable framework for the spatial modeling of ecosystem service production in watersheds based on this conceptualization. The third is to examine the policy implications of the analysis conducted using this spatial decision support system (SDSS). Analyses using the SDSS show that restrictions on soil loss to the “tolerance level” (T) cause average farm income to decline by only 4%, a reduction that is nearly eliminated if the Conservation Reserve Program (CRP) is available to farmers as an income-generating alternative. The spatially variable response of farmers to soil loss restrictions and the CRP creates a complex pattern of winners and losers and a markedly different land use pattern and crop mix than occurs without these programs. The land use pattern associated with T restrictions and the CRP yields about 64% lower erosion rates and 43% lower sediment yields than the pattern without T restrictions or CRP. These and other results from the SDSS analysis point out that ecosystem service-based subsidies, such as CRP, improve the joint production of farm income, soil conservation and water quality in agricultural watersheds. These subsidies could perhaps receive greater funding by shifting agricultural subsidies from income supports tied to yield and price as well as other crop-based programs. In this way, public expenditures on agriculture would produce a valuable public benefit in the form of load reductions in a TMDL context, and an augmentation of ecosystem services now in decline in many agricultural watersheds. Further methodological developments now underway using evolutionary algorithms can find near-optimal solutions for farms over time and for landscape patterns over whole watersheds.