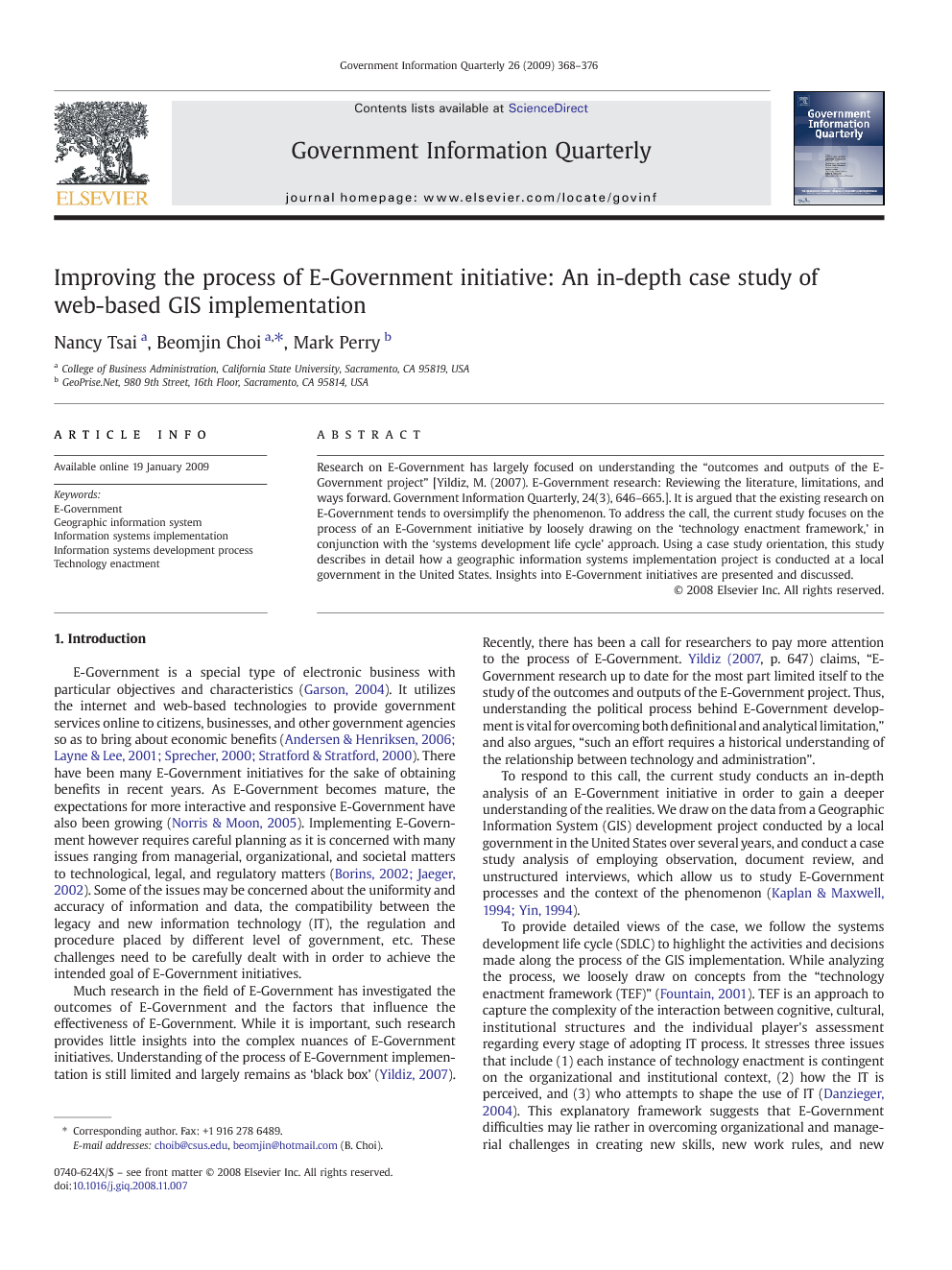 Research on E-Government has largely focused on understanding the “outcomes and outputs of the E-Government project” [Yildiz, M. (2007). E-Government research: Reviewing the literature, limitations, and ways forward. Government Information Quarterly, 24(3), 646–665.]. It is argued that the existing research on E-Government tends to oversimplify the phenomenon. To address the call, the current study focuses on the process of an E-Government initiative by loosely drawing on the ‘technology enactment framework,’ in conjunction with the ‘systems development life cycle’ approach. Using a case study orientation, this study describes in detail how a geographic information systems implementation project is conducted at a local government in the United States. Insights into E-Government initiatives are presented and discussed.