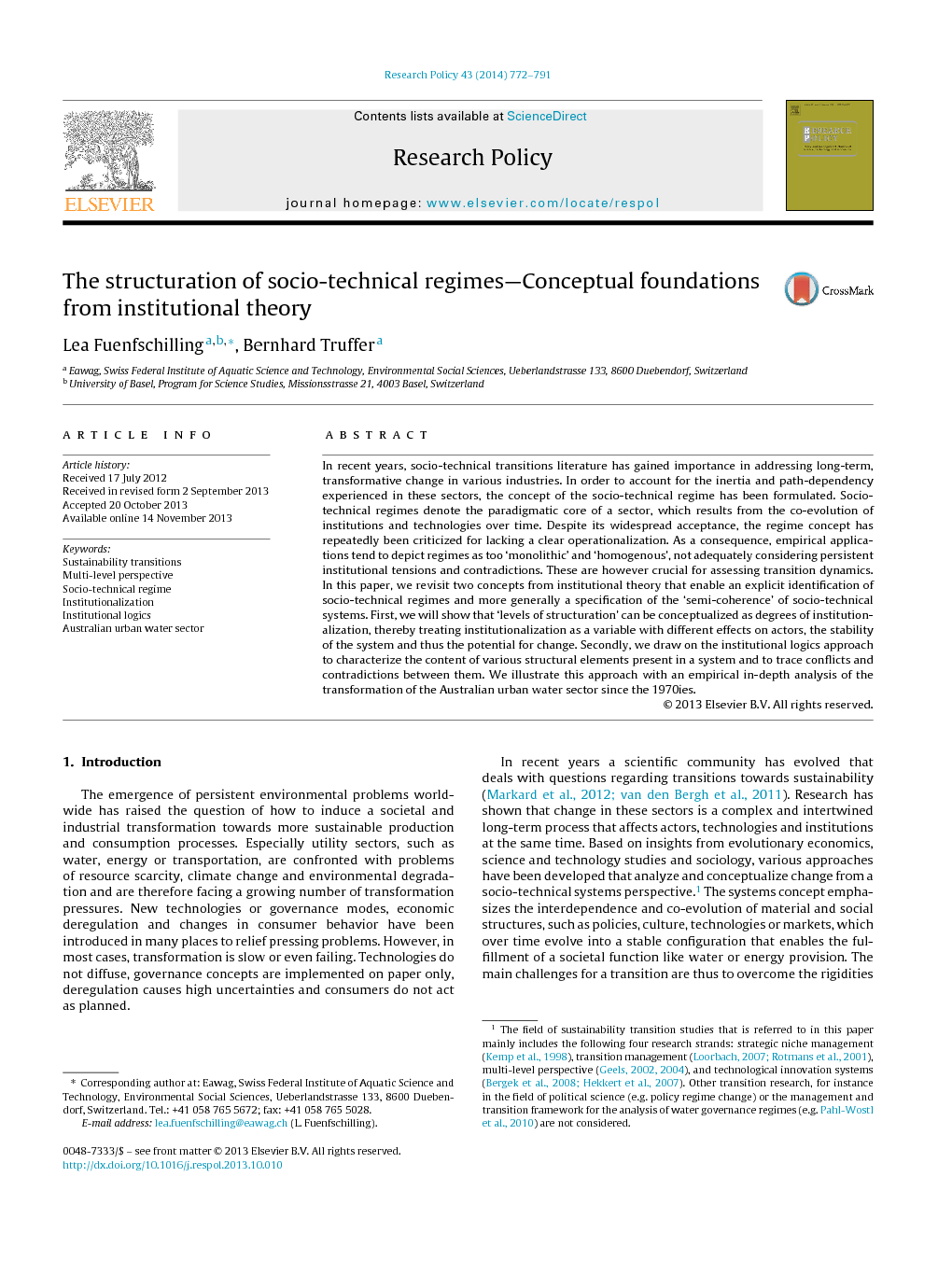 In recent years, socio-technical transitions literature has gained importance in addressing long-term, transformative change in various industries. In order to account for the inertia and path-dependency experienced in these sectors, the concept of the socio-technical regime has been formulated. Socio-technical regimes denote the paradigmatic core of a sector, which results from the co-evolution of institutions and technologies over time. Despite its widespread acceptance, the regime concept has repeatedly been criticized for lacking a clear operationalization. As a consequence, empirical applications tend to depict regimes as too ‘monolithic’ and ‘homogenous’, not adequately considering persistent institutional tensions and contradictions. These are however crucial for assessing transition dynamics. In this paper, we revisit two concepts from institutional theory that enable an explicit identification of socio-technical regimes and more generally a specification of the ‘semi-coherence’ of socio-technical systems. First, we will show that ‘levels of structuration’ can be conceptualized as degrees of institutionalization, thereby treating institutionalization as a variable with different effects on actors, the stability of the system and thus the potential for change. Secondly, we draw on the institutional logics approach to characterize the content of various structural elements present in a system and to trace conflicts and contradictions between them. We illustrate this approach with an empirical in-depth analysis of the transformation of the Australian urban water sector since the 1970ies.