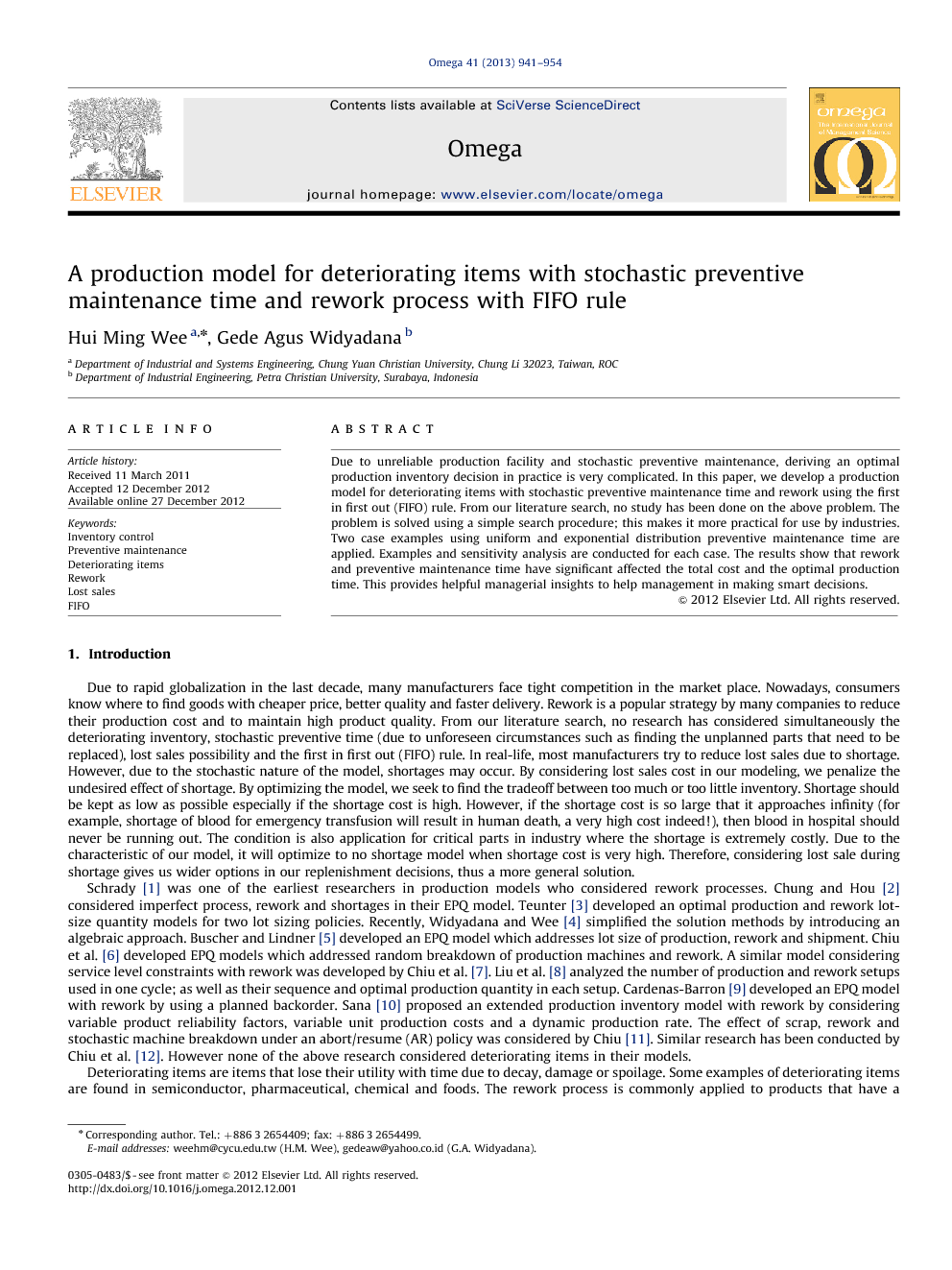 In this study, we have developed a deteriorating production inventory model suitable for manufacturers with stochastic preventive maintenance time and rework process using FIFO rule. The cases for uniform and exponential distribution are conducted to illustrate the model. The sensitivity analysis is carried out to show the robust behavior of the model facing expected variations of the system parameters. Though the sensitivity analysis is not sufficient to validate the model, it is a very common practice by many others inventory researchers to show the robustness of the inventory model. The sensitivity analysis from our study shows that the optimal production period in sensitive to production rate and demand rate. Since demand rate is uncontrollable, to minimize the lost sales cost, a manufacturer should increase the production time whenever the preventive maintenance time and cost increase. However, it is not easy to solve production up time and production rate simultaneously using analytical solution because the machine unavailability time is stochastic. Therefore, the problem is solved using a simple search procedure. For future research, one may try to solve the problem using meta-heuristics methods.