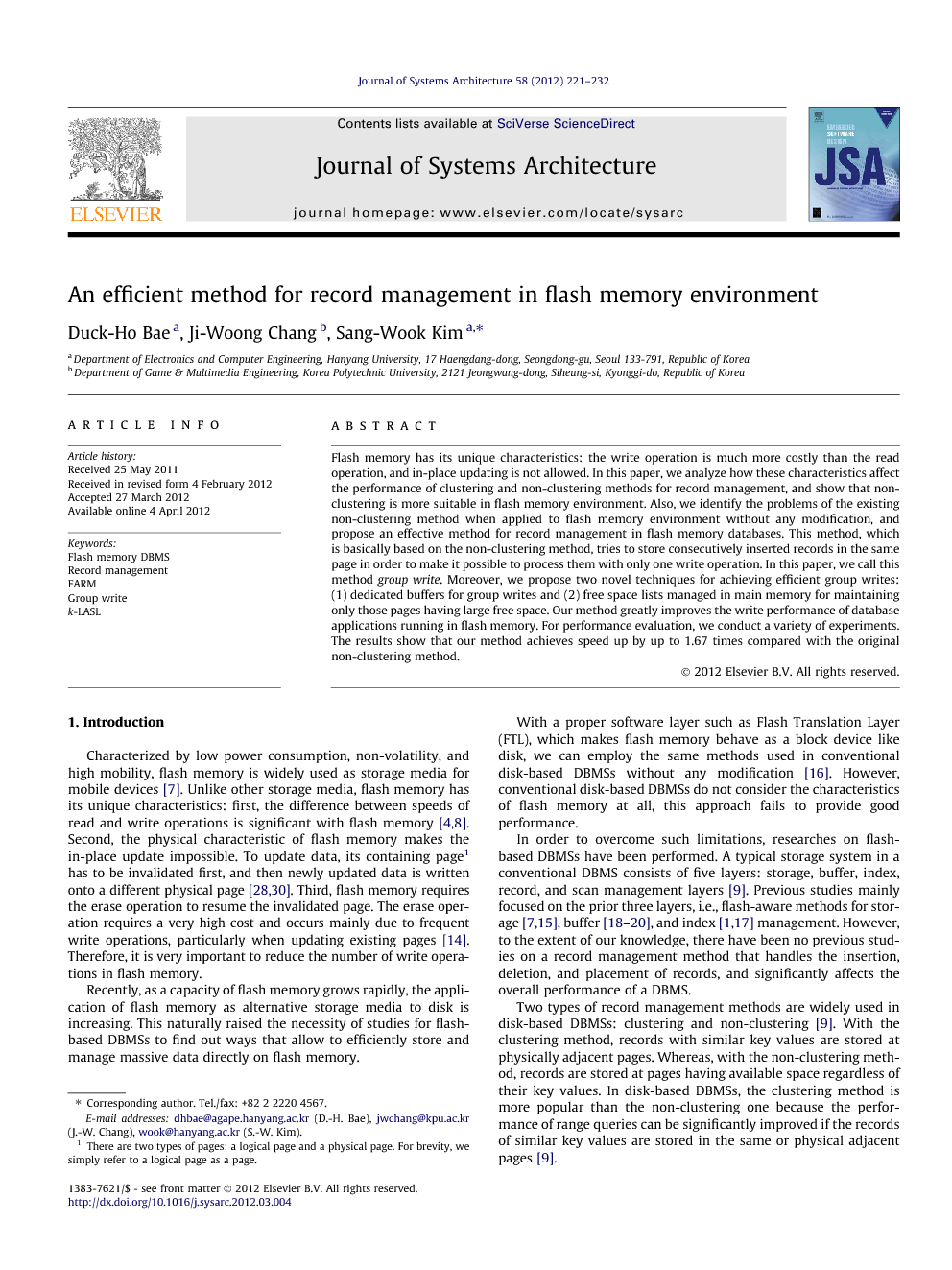 Flash memory has its unique characteristics: the write operation is much more costly than the read operation, and in-place updating is not allowed. In this paper, we analyze how these characteristics affect the performance of clustering and non-clustering methods for record management, and show that non-clustering is more suitable in flash memory environment. Also, we identify the problems of the existing non-clustering method when applied to flash memory environment without any modification, and propose an effective method for record management in flash memory databases. This method, which is basically based on the non-clustering method, tries to store consecutively inserted records in the same page in order to make it possible to process them with only one write operation. In this paper, we call this method group write. Moreover, we propose two novel techniques for achieving efficient group writes: (1) dedicated buffers for group writes and (2) free space lists managed in main memory for maintaining only those pages having large free space. Our method greatly improves the write performance of database applications running in flash memory. For performance evaluation, we conduct a variety of experiments. The results show that our method achieves speed up by up to 1.67 times compared with the original non-clustering method.