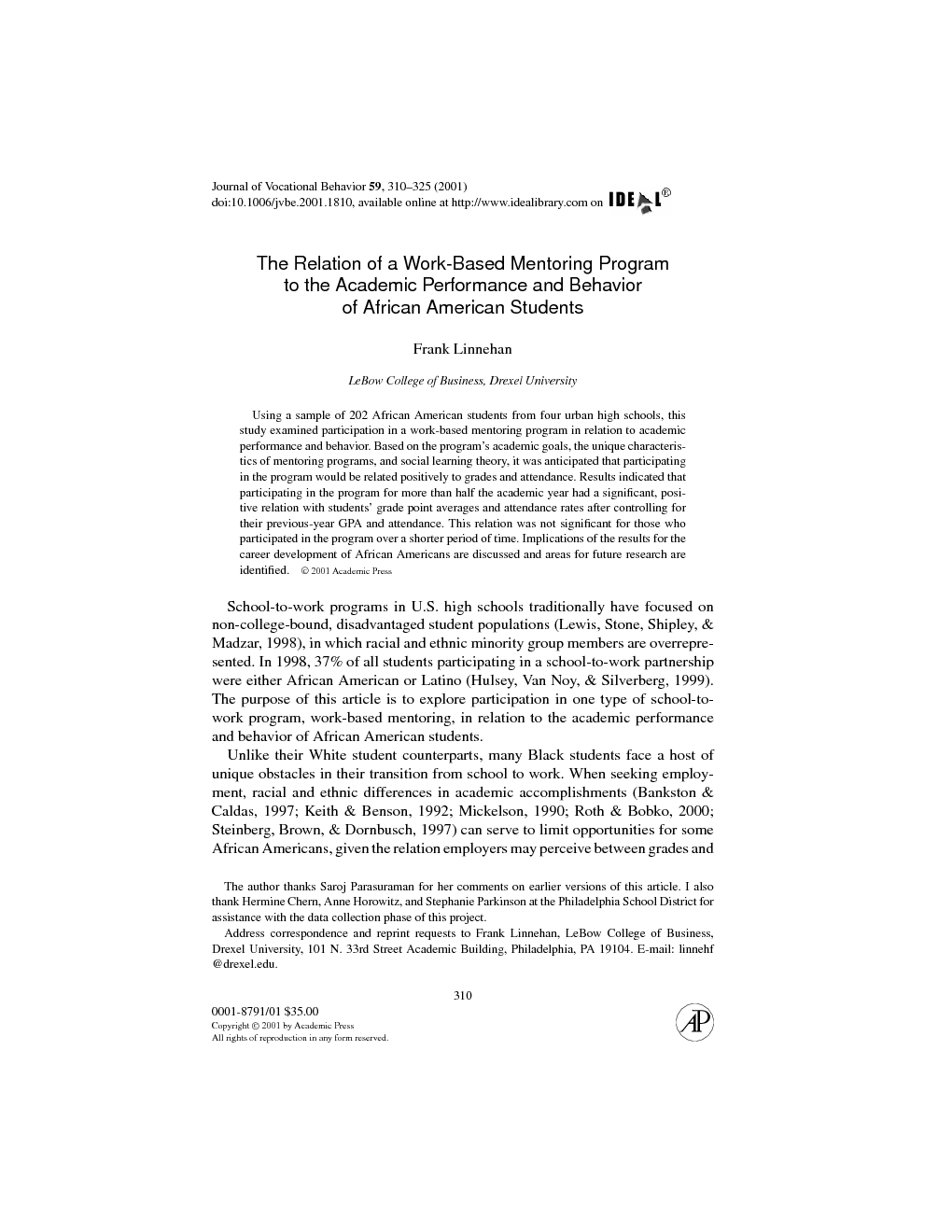 Using a sample of 202 African American students from four urban high schools, this study examined participation in a work-based mentoring program in relation to academic performance and behavior. Based on the program's academic goals, the unique characteristics of mentoring programs, and social learning theory, it was anticipated that participating in the program would be related positively to grades and attendance. Results indicated that participating in the program for more than half the academic year had a significant, positive relation with students' grade point averages and attendance rates after controlling for their previous-year GPA and attendance. This relation was not significant for those who participated in the program over a shorter period of time. Implications of the results for the career development of African Americans are discussed and areas for future research are identified.