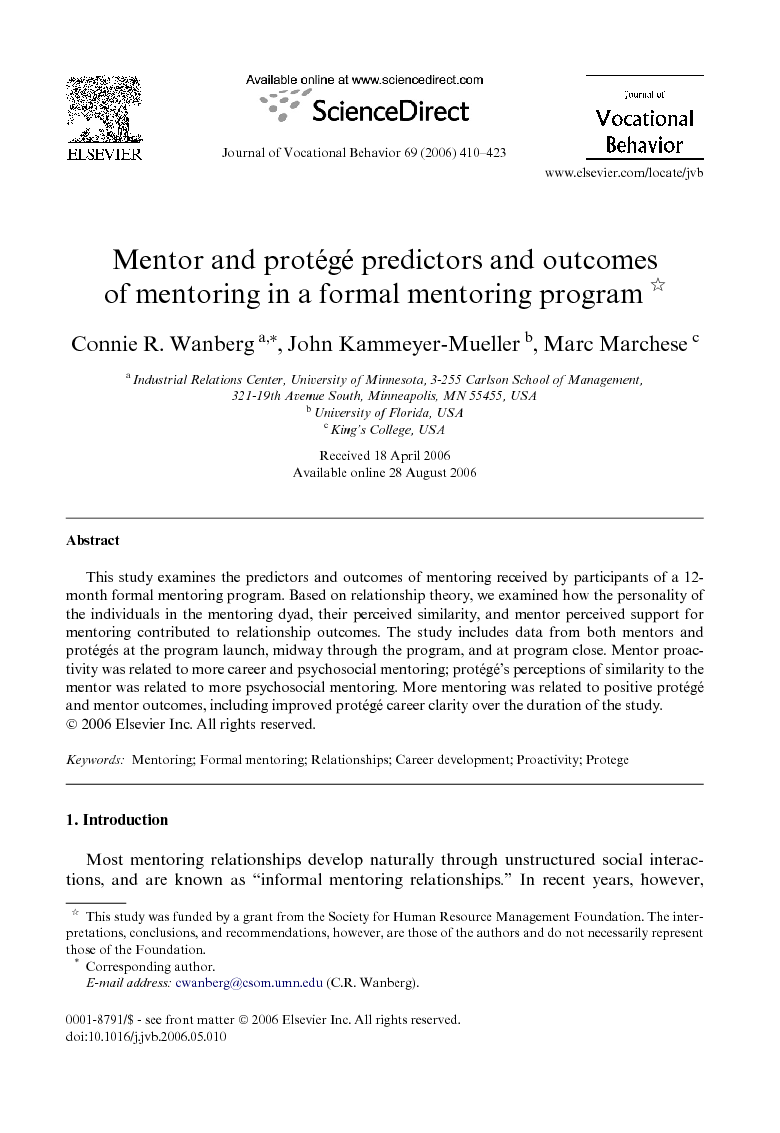 This study examines the predictors and outcomes of mentoring received by participants of a 12-month formal mentoring program. Based on relationship theory, we examined how the personality of the individuals in the mentoring dyad, their perceived similarity, and mentor perceived support for mentoring contributed to relationship outcomes. The study includes data from both mentors and protégés at the program launch, midway through the program, and at program close. Mentor proactivity was related to more career and psychosocial mentoring; protégé’s perceptions of similarity to the mentor was related to more psychosocial mentoring. More mentoring was related to positive protégé and mentor outcomes, including improved protégé career clarity over the duration of the study.