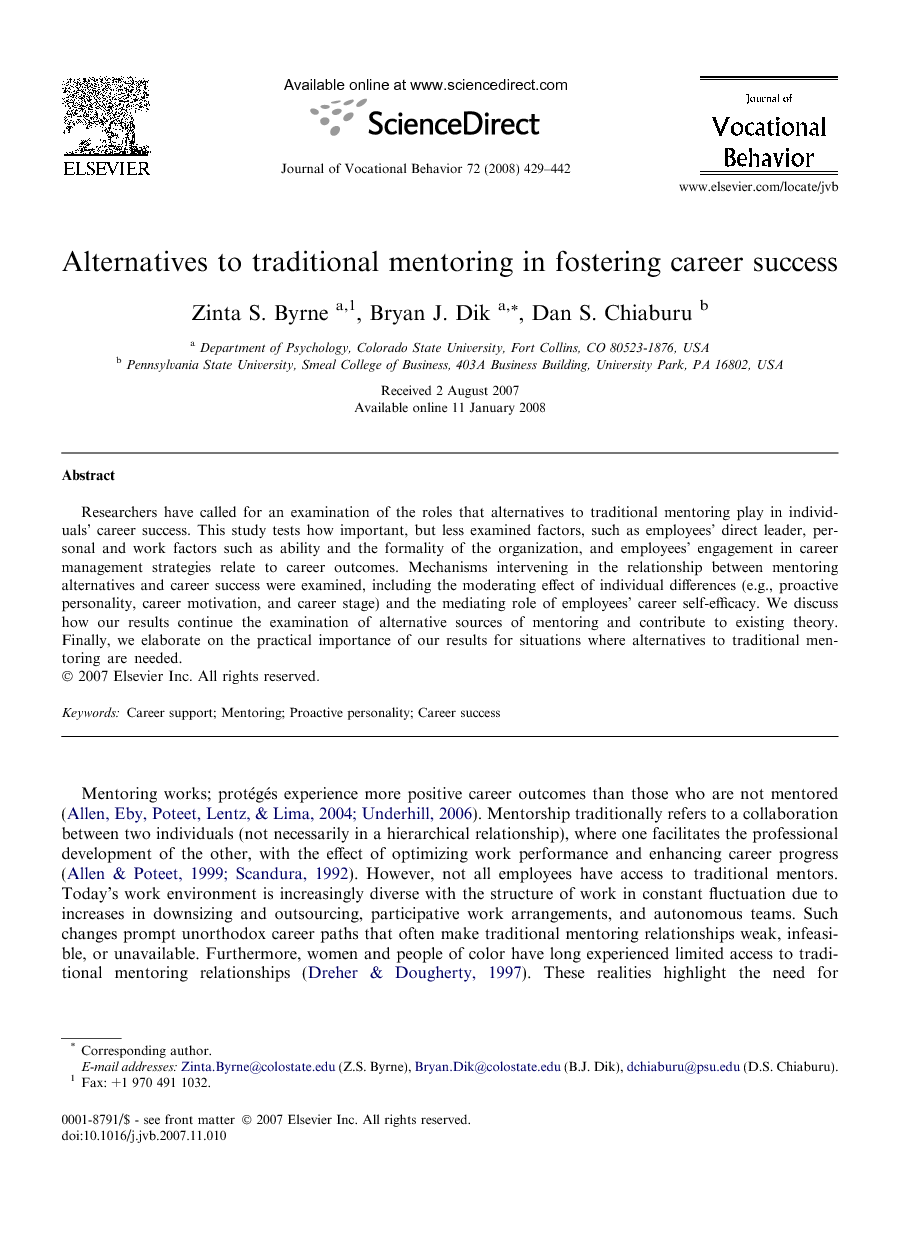 Researchers have called for an examination of the roles that alternatives to traditional mentoring play in individuals’ career success. This study tests how important, but less examined factors, such as employees’ direct leader, personal and work factors such as ability and the formality of the organization, and employees’ engagement in career management strategies relate to career outcomes. Mechanisms intervening in the relationship between mentoring alternatives and career success were examined, including the moderating effect of individual differences (e.g., proactive personality, career motivation, and career stage) and the mediating role of employees’ career self-efficacy. We discuss how our results continue the examination of alternative sources of mentoring and contribute to existing theory. Finally, we elaborate on the practical importance of our results for situations where alternatives to traditional mentoring are needed.