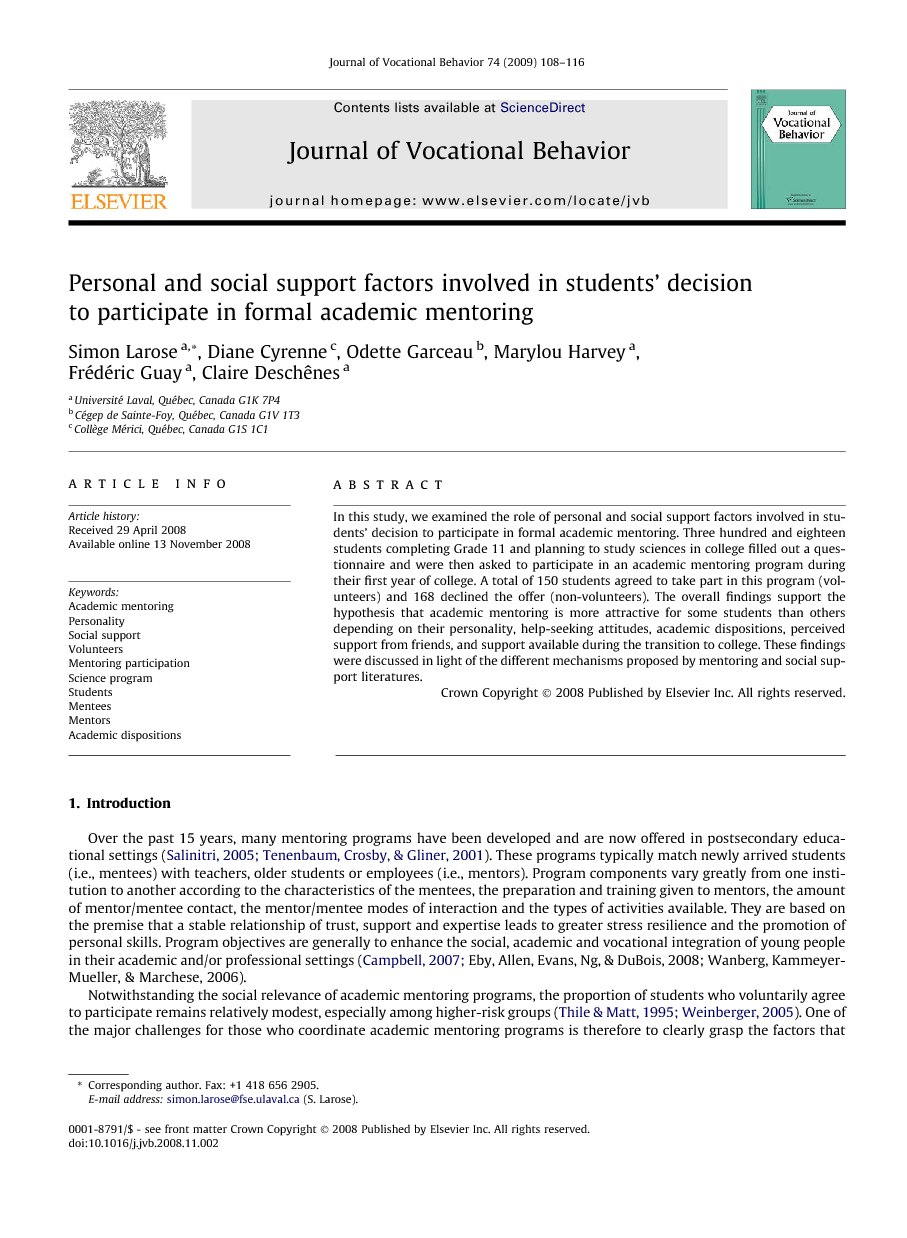 In this study, we examined the role of personal and social support factors involved in students’ decision to participate in formal academic mentoring. Three hundred and eighteen students completing Grade 11 and planning to study sciences in college filled out a questionnaire and were then asked to participate in an academic mentoring program during their first year of college. A total of 150 students agreed to take part in this program (volunteers) and 168 declined the offer (non-volunteers). The overall findings support the hypothesis that academic mentoring is more attractive for some students than others depending on their personality, help-seeking attitudes, academic dispositions, perceived support from friends, and support available during the transition to college. These findings were discussed in light of the different mechanisms proposed by mentoring and social support literatures.