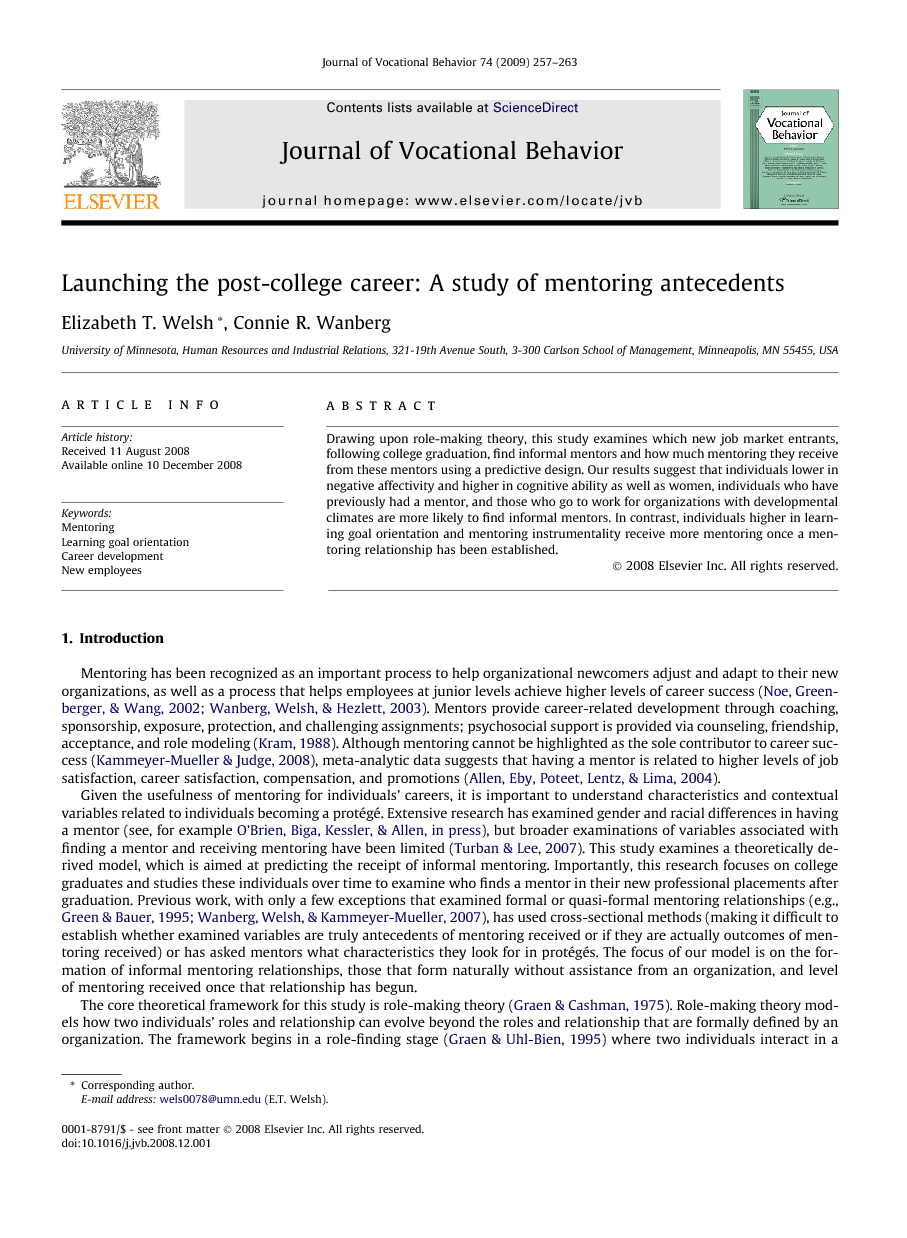 Drawing upon role-making theory, this study examines which new job market entrants, following college graduation, find informal mentors and how much mentoring they receive from these mentors using a predictive design. Our results suggest that individuals lower in negative affectivity and higher in cognitive ability as well as women, individuals who have previously had a mentor, and those who go to work for organizations with developmental climates are more likely to find informal mentors. In contrast, individuals higher in learning goal orientation and mentoring instrumentality receive more mentoring once a mentoring relationship has been established.