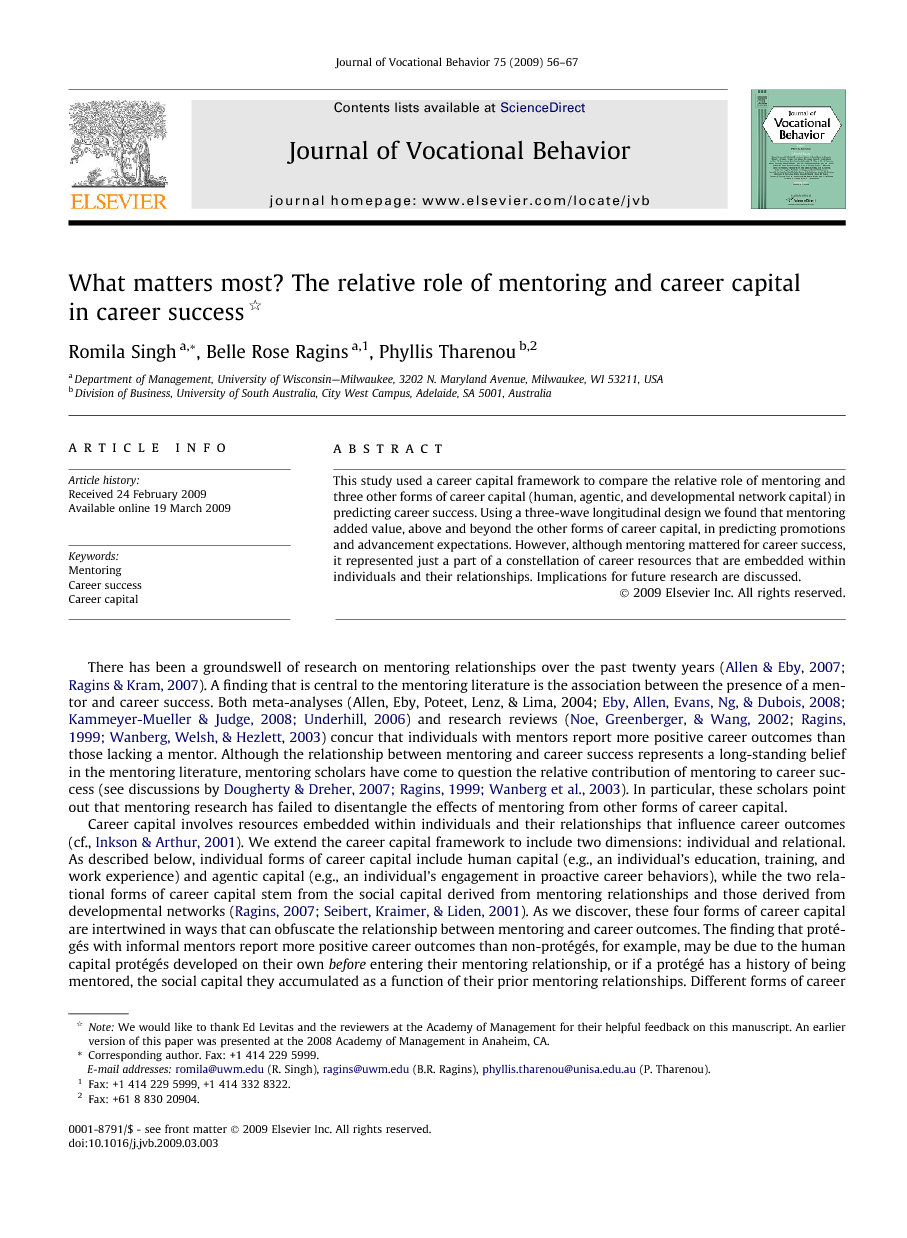 This study used a career capital framework to compare the relative role of mentoring and three other forms of career capital (human, agentic, and developmental network capital) in predicting career success. Using a three-wave longitudinal design we found that mentoring added value, above and beyond the other forms of career capital, in predicting promotions and advancement expectations. However, although mentoring mattered for career success, it represented just a part of a constellation of career resources that are embedded within individuals and their relationships. Implications for future research are discussed.