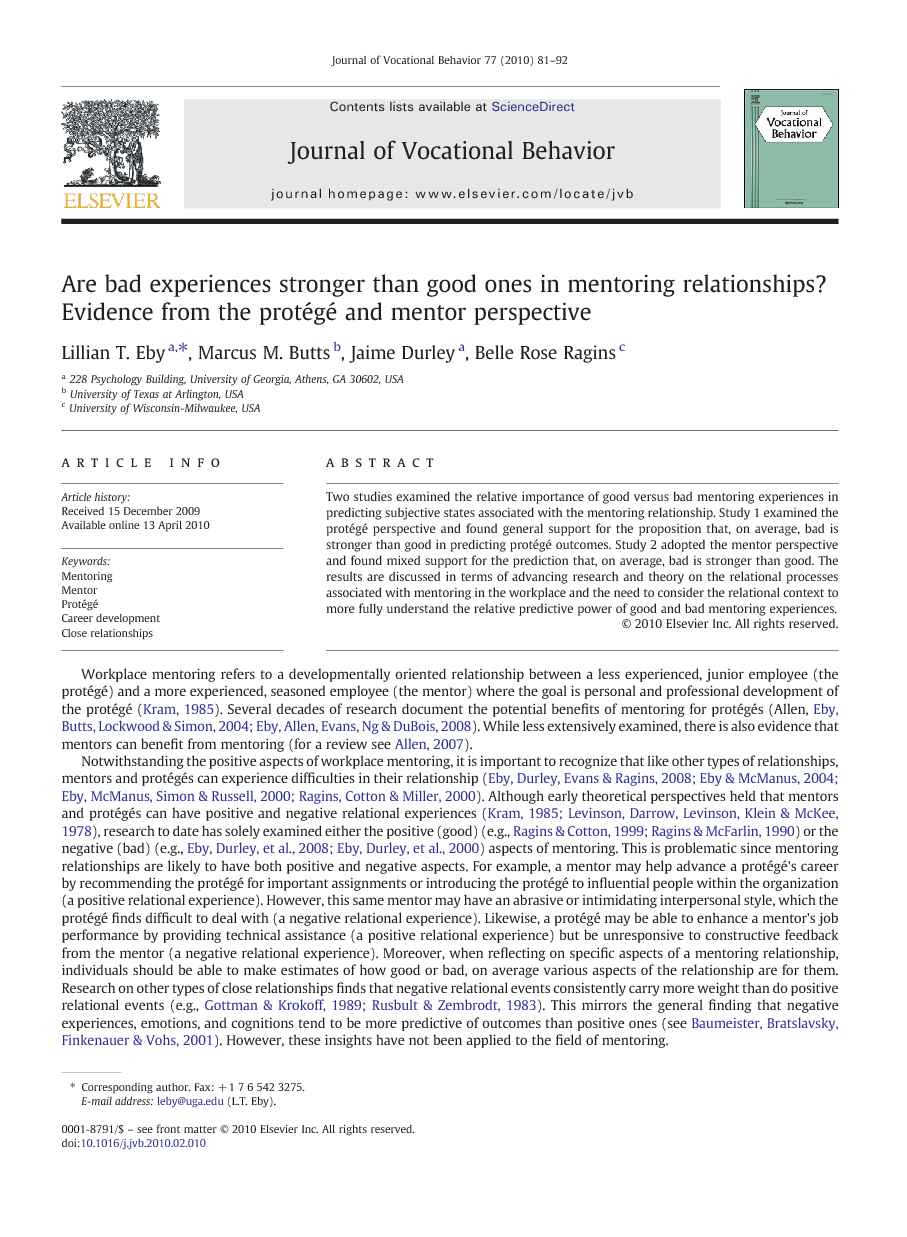 Two studies examined the relative importance of good versus bad mentoring experiences in predicting subjective states associated with the mentoring relationship. Study 1 examined the protégé perspective and found general support for the proposition that, on average, bad is stronger than good in predicting protégé outcomes. Study 2 adopted the mentor perspective and found mixed support for the prediction that, on average, bad is stronger than good. The results are discussed in terms of advancing research and theory on the relational processes associated with mentoring in the workplace and the need to consider the relational context to more fully understand the relative predictive power of good and bad mentoring experiences.