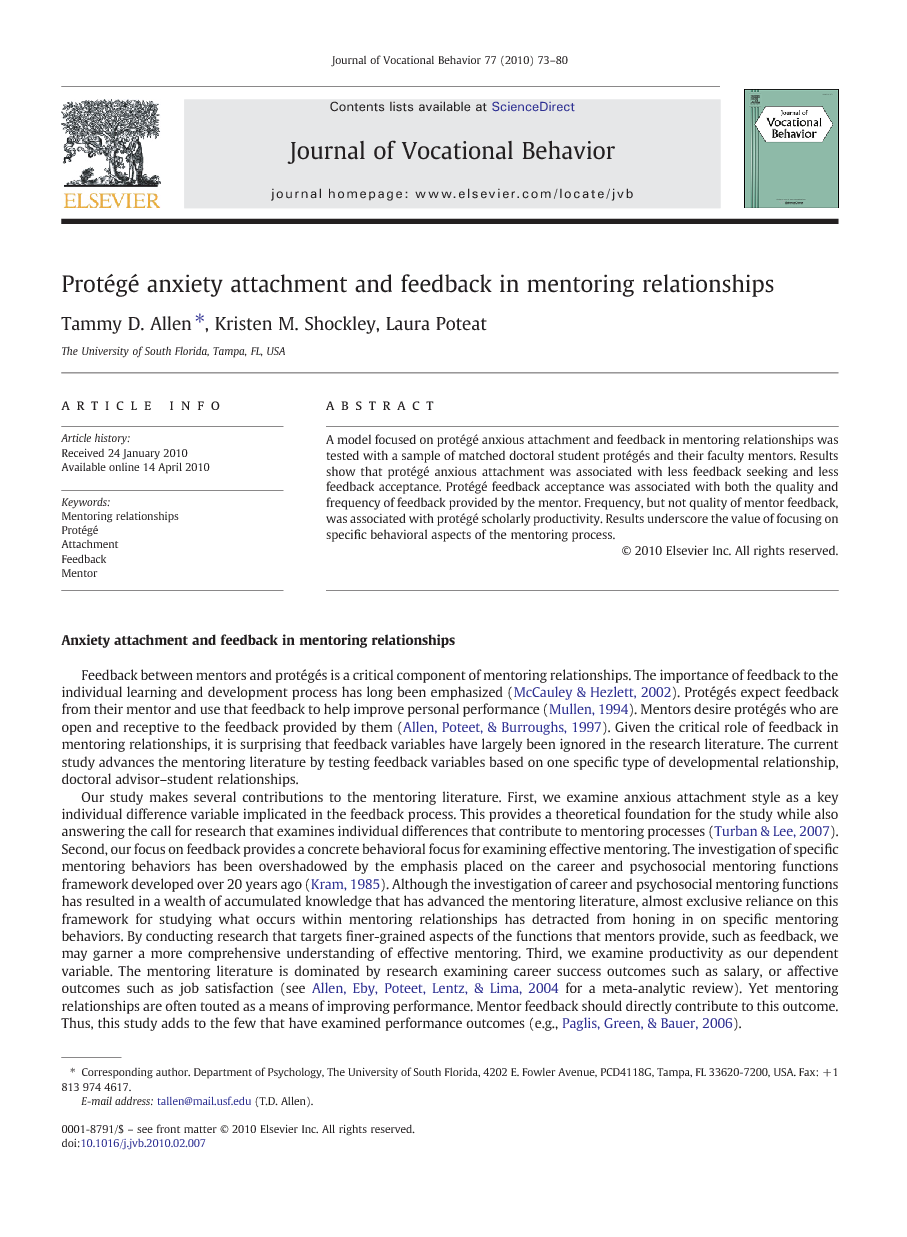 A model focused on protégé anxious attachment and feedback in mentoring relationships was tested with a sample of matched doctoral student protégés and their faculty mentors. Results show that protégé anxious attachment was associated with less feedback seeking and less feedback acceptance. Protégé feedback acceptance was associated with both the quality and frequency of feedback provided by the mentor. Frequency, but not quality of mentor feedback, was associated with protégé scholarly productivity. Results underscore the value of focusing on specific behavioral aspects of the mentoring process.

Our findings provide novel insights into mentoring relationships. To our knowledge this is the first study to directly examine feedback. We linked feedback to protégé anxious attachment and to protégé productivity. Given the important role that mentoring plays in individual growth and development, as well as the growing use of mentoring as an employee development tool, a better understanding of factors that can improve its effectiveness is needed (Allen, Finkelstein, & Poteet, 2009). The results support the value of continued study of individual differences as well as specific behavioral variables in mentoring relationships.