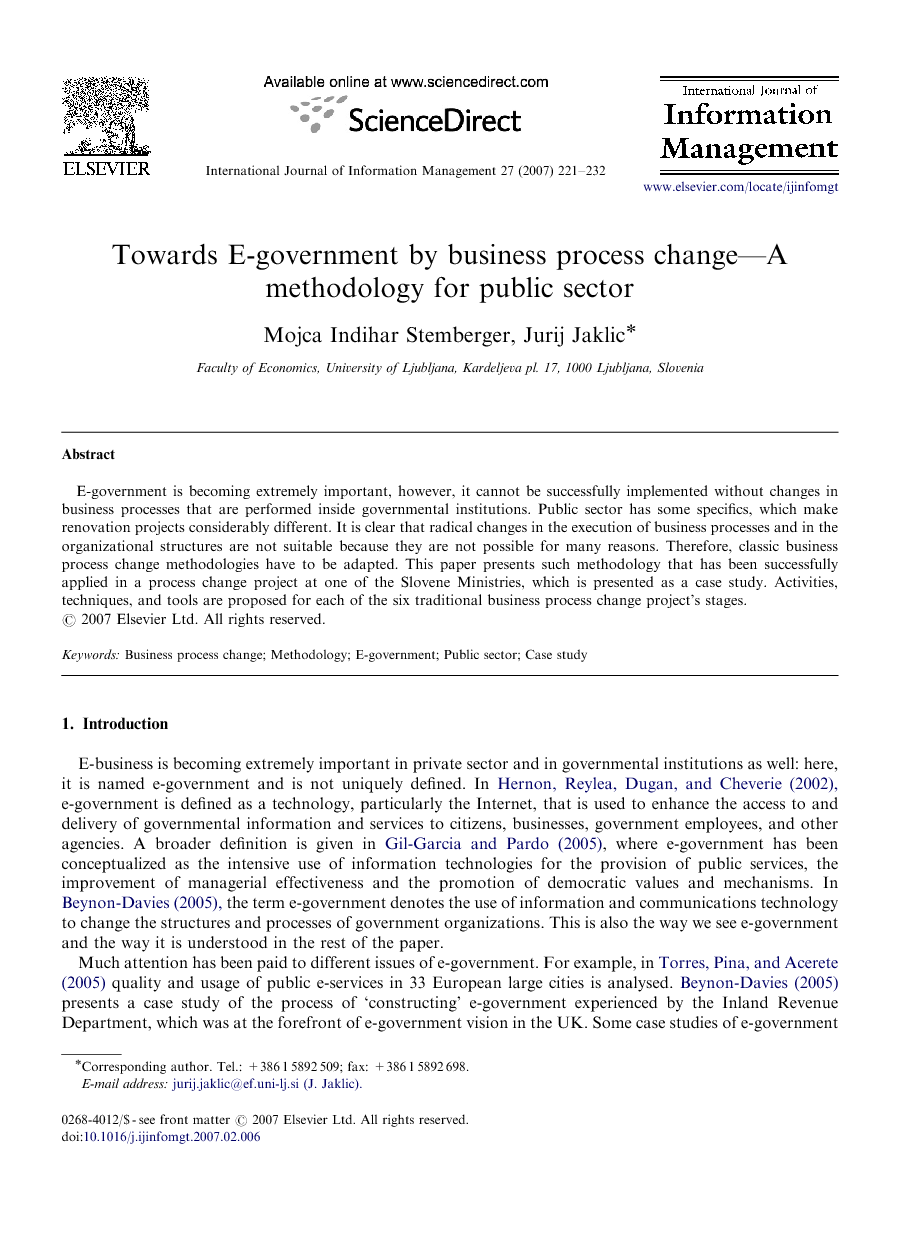 E-government is becoming extremely important, however, it cannot be successfully implemented without changes in business processes that are performed inside governmental institutions. Public sector has some specifics, which make renovation projects considerably different. It is clear that radical changes in the execution of business processes and in the organizational structures are not suitable because they are not possible for many reasons. Therefore, classic business process change methodologies have to be adapted. This paper presents such methodology that has been successfully applied in a process change project at one of the Slovene Ministries, which is presented as a case study. Activities, techniques, and tools are proposed for each of the six traditional business process change project's stages.

The unequal area FLP has been an emerging topic in the recent years. A large volume of current research in unequal area FLPs has been conducted to satisfy both quantitative and qualitative aspects in the layout. In particular the topic of the Multi Objective optimization problems approached by Genetic Algorithms is nowadays one of the most promising and investigated research field. The proposed approach is capable of finding in a first phase a set of Pareto-optimal layouts that optimizes the objective functions simultaneously throughout the entire evolutionary process, giving the decision maker a restricted number of solutions among which he can chose those that he considers the best. This choice is simplified by the employment of a structured multi-criteria decision procedure. In this phase only, the decision maker must provide further information on the problem also on the basis of the results obtained in the previous step. The proposed approach falls within the search before multi-critera decision category. Such methodology is generally preferable compared with traditional multi-objective optimization algorithms named multi-criteria decision-making before search, which rely upon the establishment of a normalized weight vector. The benefits of the proposed method have emerged in the comparison with referenced results. Further improvements of the proposed methodology will include the development of a more comprehensive procedure to approach the decision process, including the aspects related to the intrinsic uncertainty and referring to the typical methodologies of the approximate reasoning, such as the fuzzy theory.