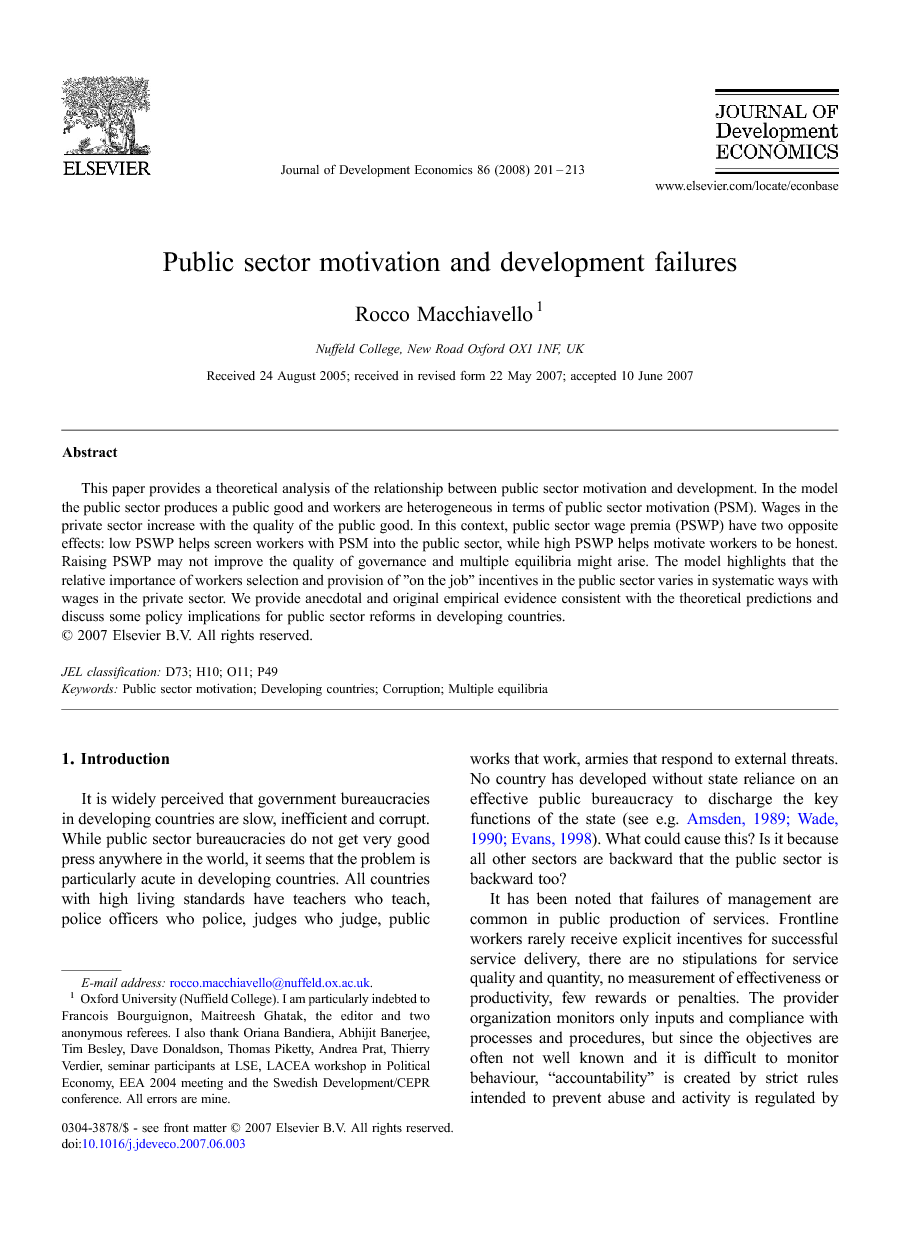 This paper provides a theoretical analysis of the relationship between public sector motivation and development. In the model the public sector produces a public good and workers are heterogeneous in terms of public sector motivation (PSM). Wages in the private sector increase with the quality of the public good. In this context, public sector wage premia (PSWP) have two opposite effects: low PSWP helps screen workers with PSM into the public sector, while high PSWP helps motivate workers to be honest. Raising PSWP may not improve the quality of governance and multiple equilibria might arise. The model highlights that the relative importance of workers selection and provision of ”on the job” incentives in the public sector varies in systematic ways with wages in the private sector. We provide anecdotal and original empirical evidence consistent with the theoretical predictions and discuss some policy implications for public sector reforms in developing countries.

We presented a model of the relationship between public sector motivation and development. The main results are i) multiple equilibria can exist for a given level of PSWP, ii) the relationship between PSWP and corruption may be non-monotonic. The results are consistent with anecdotal and original cross-country evidence. By recognizing that the relative importance of worker selection and provision of “on the job” incentives varies in systematic ways with wages in the private sector, the model delivers novel policy implications for public sector reforms in developing countries. The model is simple and could be extended in a number of directions. A more complete theory should account for heterogeneity in talent among workers. A detailed analysis of the appropriate public sector organizational arrangements and of the equilibrium interplay of incentives between the private and public sectors is left for future research.