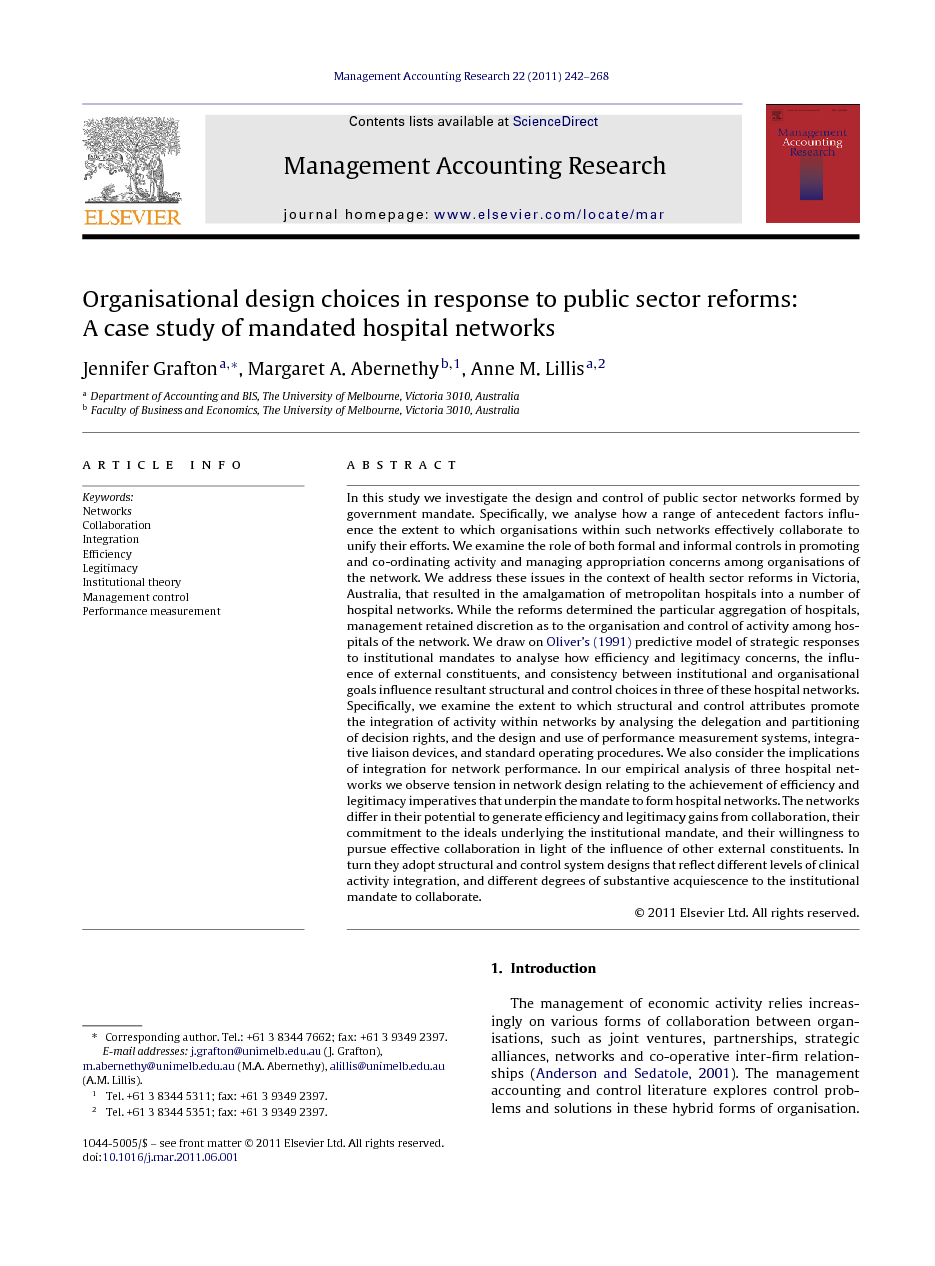 In this study we investigate the design and control of public sector networks formed by government mandate. Specifically, we analyse how a range of antecedent factors influence the extent to which organisations within such networks effectively collaborate to unify their efforts. We examine the role of both formal and informal controls in promoting and co-ordinating activity and managing appropriation concerns among organisations of the network. We address these issues in the context of health sector reforms in Victoria, Australia, that resulted in the amalgamation of metropolitan hospitals into a number of hospital networks. While the reforms determined the particular aggregation of hospitals, management retained discretion as to the organisation and control of activity among hospitals of the network. We draw on Oliver's (1991) predictive model of strategic responses to institutional mandates to analyse how efficiency and legitimacy concerns, the influence of external constituents, and consistency between institutional and organisational goals influence resultant structural and control choices in three of these hospital networks. Specifically, we examine the extent to which structural and control attributes promote the integration of activity within networks by analysing the delegation and partitioning of decision rights, and the design and use of performance measurement systems, integrative liaison devices, and standard operating procedures. We also consider the implications of integration for network performance. In our empirical analysis of three hospital networks we observe tension in network design relating to the achievement of efficiency and legitimacy imperatives that underpin the mandate to form hospital networks. The networks differ in their potential to generate efficiency and legitimacy gains from collaboration, their commitment to the ideals underlying the institutional mandate, and their willingness to pursue effective collaboration in light of the influence of other external constituents. In turn they adopt structural and control system designs that reflect different levels of clinical activity integration, and different degrees of substantive acquiescence to the institutional mandate to collaborate.