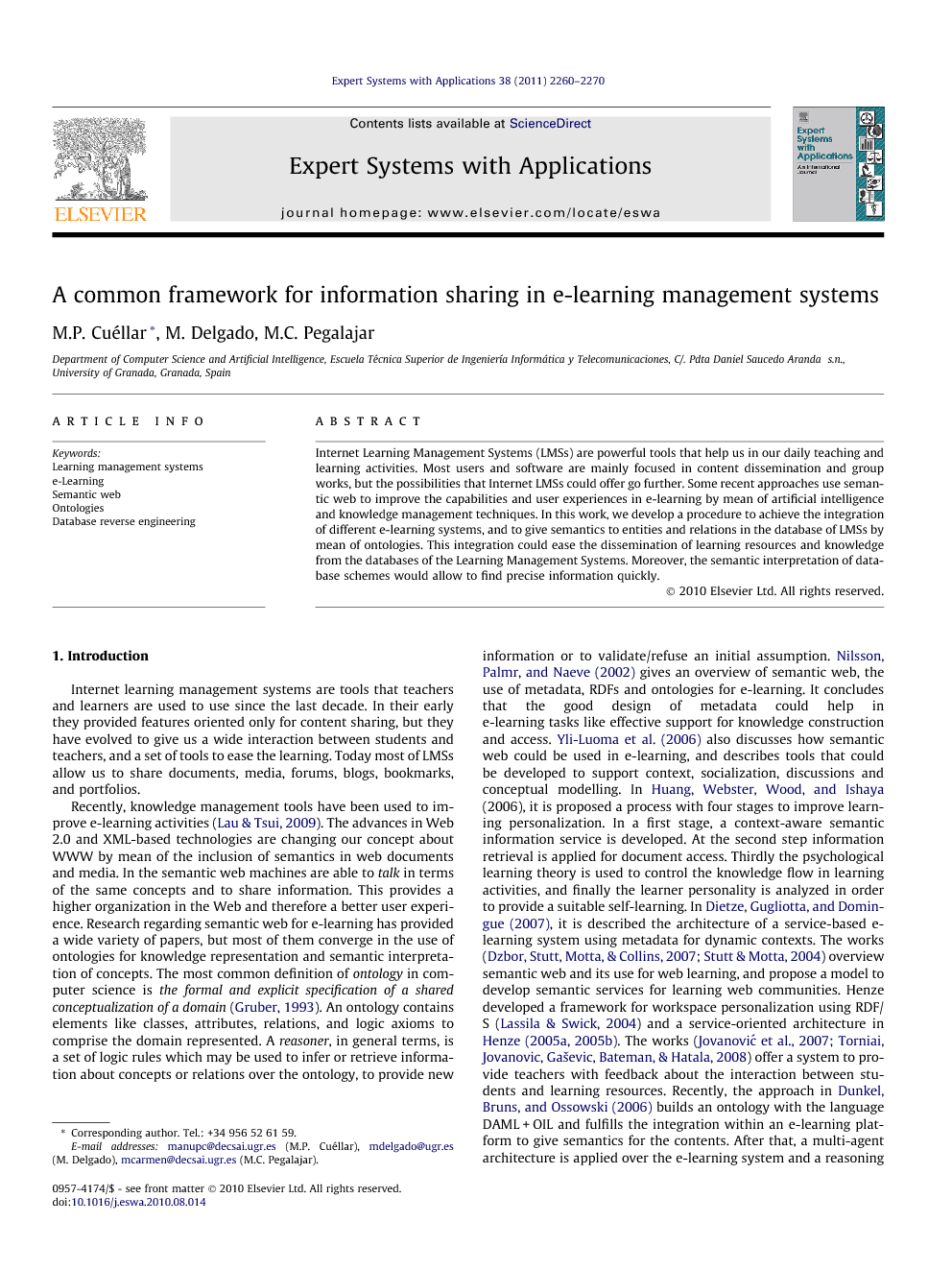 Internet Learning Management Systems (LMSs) are powerful tools that help us in our daily teaching and learning activities. Most users and software are mainly focused in content dissemination and group works, but the possibilities that Internet LMSs could offer go further. Some recent approaches use semantic web to improve the capabilities and user experiences in e-learning by mean of artificial intelligence and knowledge management techniques. In this work, we develop a procedure to achieve the integration of different e-learning systems, and to give semantics to entities and relations in the database of LMSs by mean of ontologies. This integration could ease the dissemination of learning resources and knowledge from the databases of the Learning Management Systems. Moreover, the semantic interpretation of database schemes would allow to find precise information quickly.

In the last decade, there has been a huge increase in the use of learning management systems for teaching and knowledge dissemination across the Web. There have been approaches to give semantics to documents and content in this area, and to improve the users experience. However, a gap is found when we try to integrate and give semantics to information inside the databases of LMSs. In this work, we have proposed a model for the database integration of these systems using ontologies. The approach described is semi-automatic: Firstly, an expert makes the association between classes and properties in the ontology with the corresponding tables and attributes in the database. After that, an automatic procedure is applied to map the data from the database into ontology class and property instances. The advantages of our proposal encompass that the previous normal data are given with semantics, being associated with ontology concepts. Furthermore, the new storage ease the access to the content and the information sharing between the LMSs used.