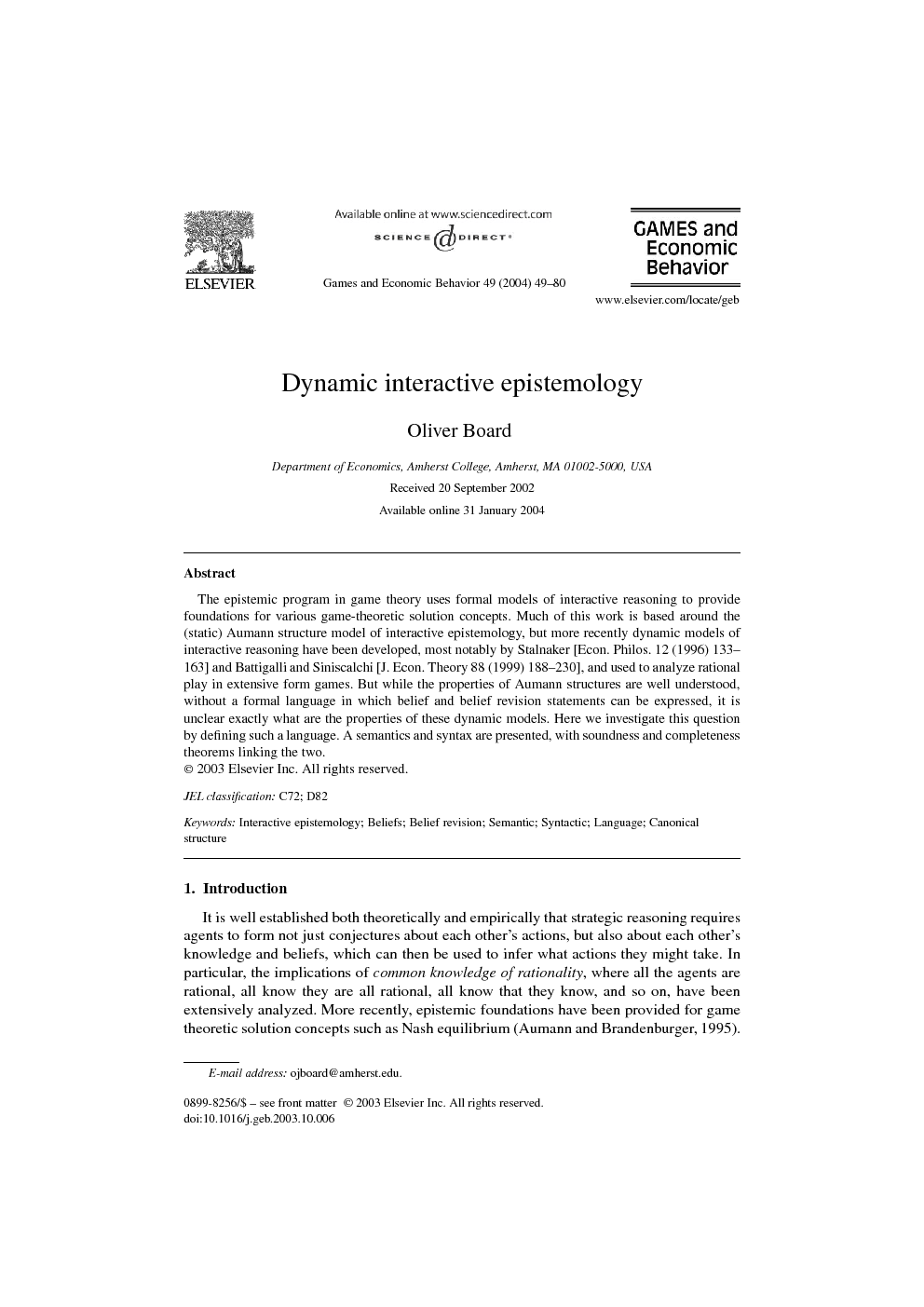 The epistemic program in game theory uses formal models of interactive reasoning to provide foundations for various game-theoretic solution concepts. Much of this work is based around the (static) Aumann structure model of interactive epistemology, but more recently dynamic models of interactive reasoning have been developed, most notably by Stalnaker [Econ. Philos. 12 (1996) 133–163] and Battigalli and Siniscalchi [J. Econ. Theory 88 (1999) 188–230], and used to analyze rational play in extensive form games. But while the properties of Aumann structures are well understood, without a formal language in which belief and belief revision statements can be expressed, it is unclear exactly what are the properties of these dynamic models. Here we investigate this question by defining such a language. A semantics and syntax are presented, with soundness and completeness theorems linking the two.

The aim of this paper has been to develop a dynamic model of interactive reasoning which combines analytical simplicity with clarity of interpretation. Belief revision structures are similar to the models used very successfully by Stalnaker to analyze rational play in extensive form games (Stalnaker, 1996), and to shed light on the forward and backward induction procedures (Stalnaker, 1998). These structures provide truth conditions for a formal language. Soundness and completeness theorems establish tight connections between the formulas that are true in various classes of belief revision structure, and those that are provable in certain axiom systems, thereby giving us a precise understanding of what the structures mean.