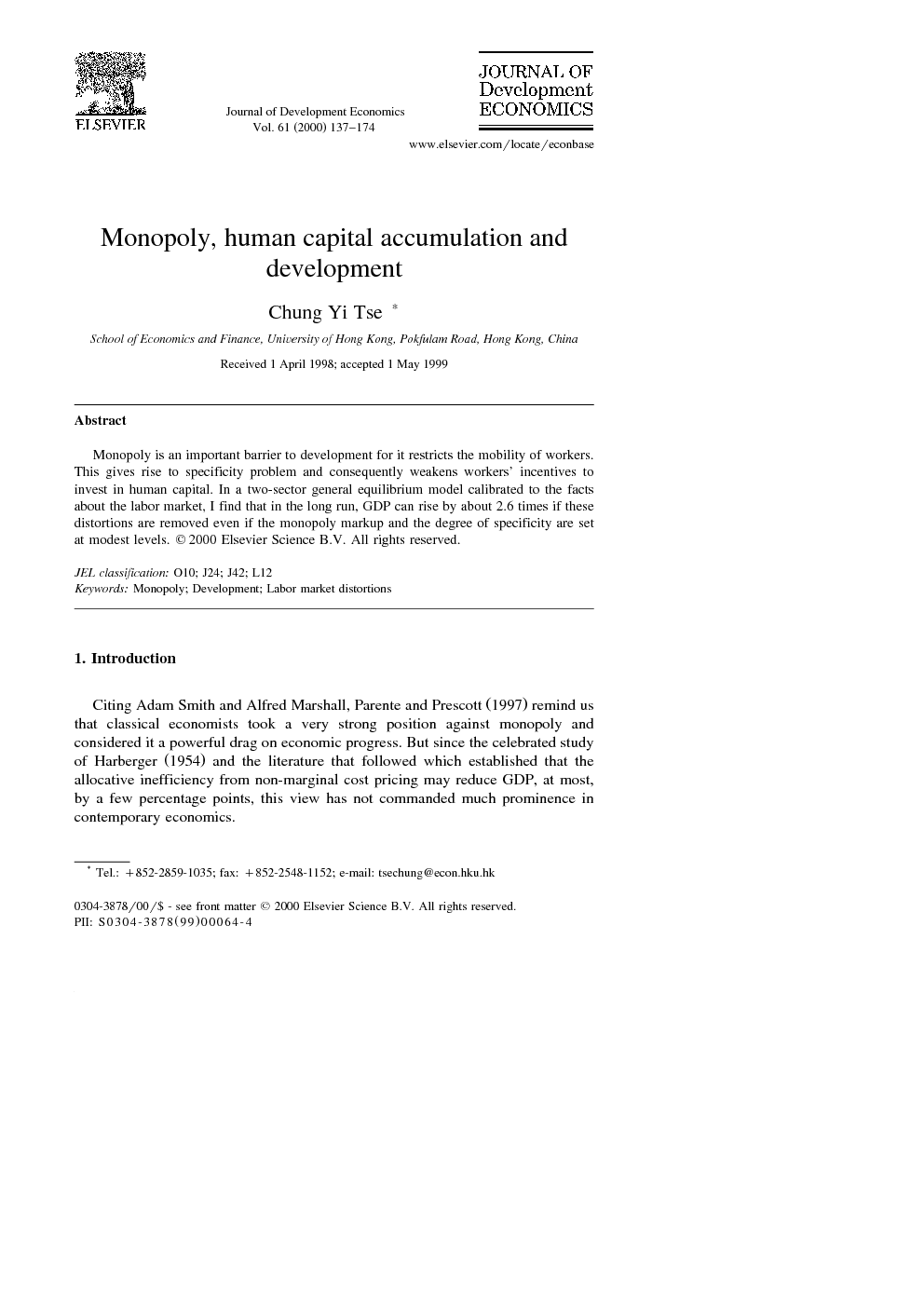 Monopoly is an important barrier to development for it restricts the mobility of workers. This gives rise to specificity problem and consequently weakens workers' incentives to invest in human capital. In a two-sector general equilibrium model calibrated to the facts about the labor market, I find that in the long run, GDP can rise by about 2.6 times if these distortions are removed even if the monopoly markup and the degree of specificity are set at modest levels.

The analysis in this paper is about comparing long-run income under different industrial structures. The true gains from removing the distortions can be somewhat smaller than the analysis indicates because in the transition from the low investment to the high investment equilibrium, consumption is lowered early in the transition. Nevertheless, this consideration does not affect the conclusion that the distortions can lead to large effects in long-run income. While factor accumulation, in general, and human capital investment, in particular, are most likely not the most important factors for the huge cross-country income differential that we observe, they are nevertheless important factors. Understanding what gives rise to the not insignificant difference in training and schooling investment across countries remains an important task. In this paper, I argue that entry barriers are detrimental to development mostly because they foster factor specificity and consequently weaken investment incentives. The experiments in the paper show that the magnitudes of these distortions can be very large. The policy implications is straightforward. Entry barriers can result in very costly distortions in factor markets. Promoting a free enterprise system is a big boost to economic development.