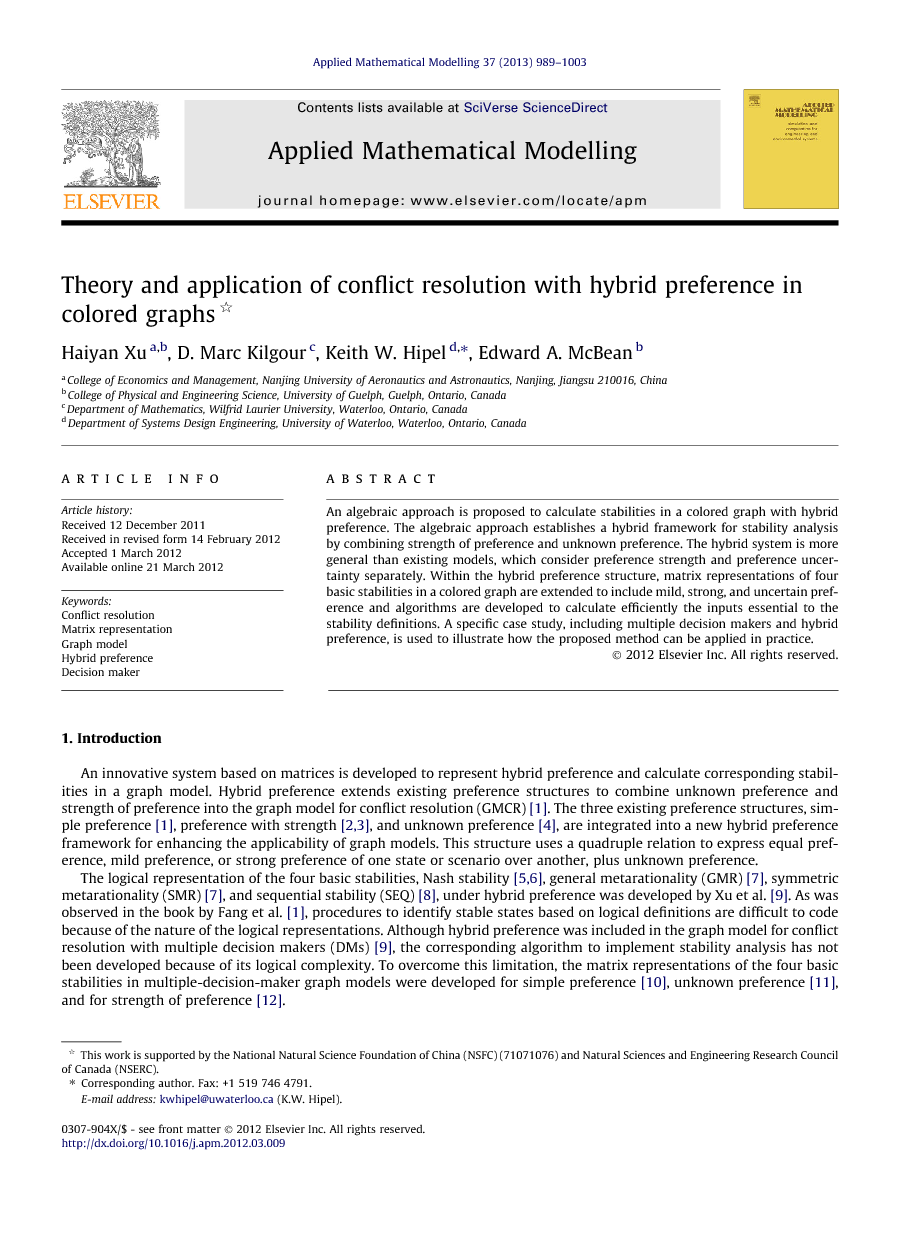 An algebraic approach is proposed to calculate stabilities in a colored graph with hybrid preference. The algebraic approach establishes a hybrid framework for stability analysis by combining strength of preference and unknown preference. The hybrid system is more general than existing models, which consider preference strength and preference uncertainty separately. Within the hybrid preference structure, matrix representations of four basic stabilities in a colored graph are extended to include mild, strong, and uncertain preference and algorithms are developed to calculate efficiently the inputs essential to the stability definitions. A specific case study, including multiple decision makers and hybrid preference, is used to illustrate how the proposed method can be applied in practice.