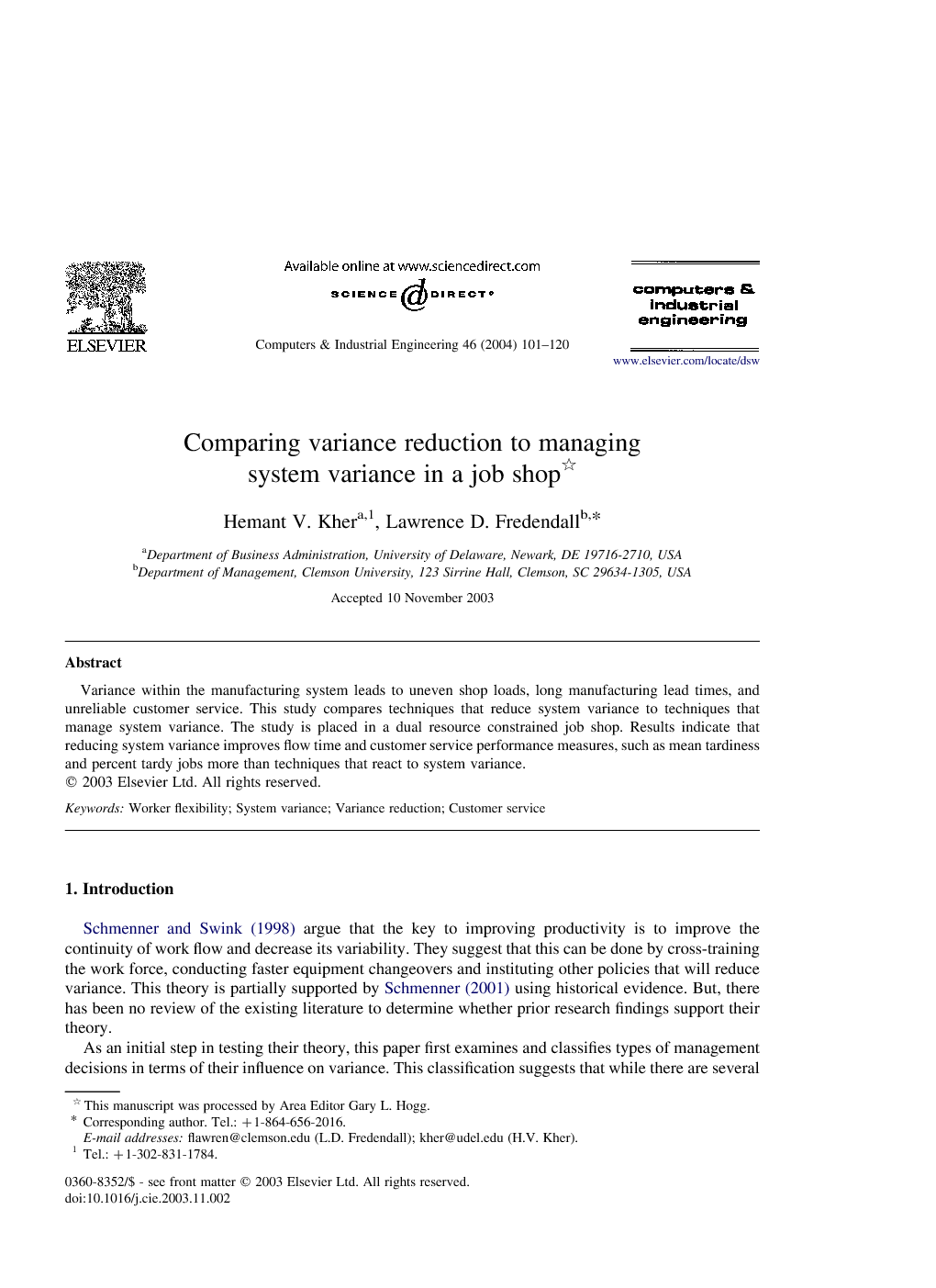 Schmenner and Swink (1998) argue that the key to improving productivity is to improve the continuity of work flow and decrease its variability. They suggest that this can be done by cross-training the work force, conducting faster equipment changeovers and instituting other policies that will reduce variance. This theory is partially supported by Schmenner (2001) using historical evidence. But, there has been no review of the existing literature to determine whether prior research findings support their theory. As an initial step in testing their theory, this paper first examines and classifies types of management decisions in terms of their influence on variance. This classification suggests that while there are several ‘causes’ of variability, the primary (important) sources of variability are the manner in which orders (demand) arrive into the shop, and the amount of work that is associated these orders. Management may treat this natural variance as a given and simply react to it, or it may choose to modify or influence the manner in which this variance is realized by the shop. The commonly used methods of coping with system variance, such as scheduling and flexibility (e.g. labor flexibility) are also studied to understand how they influence shop flow. The simulation experiment is placed in a dual resource constrained (DRC) job shop to examine whether it is better to eliminate variance or to react to variance. In a DRC shop both the machines and the workers can become the constraint. A DRC environment is chosen for this study, since it is representative of the job shops commonly found in actual practice (Wisner & Siferd, 1995).