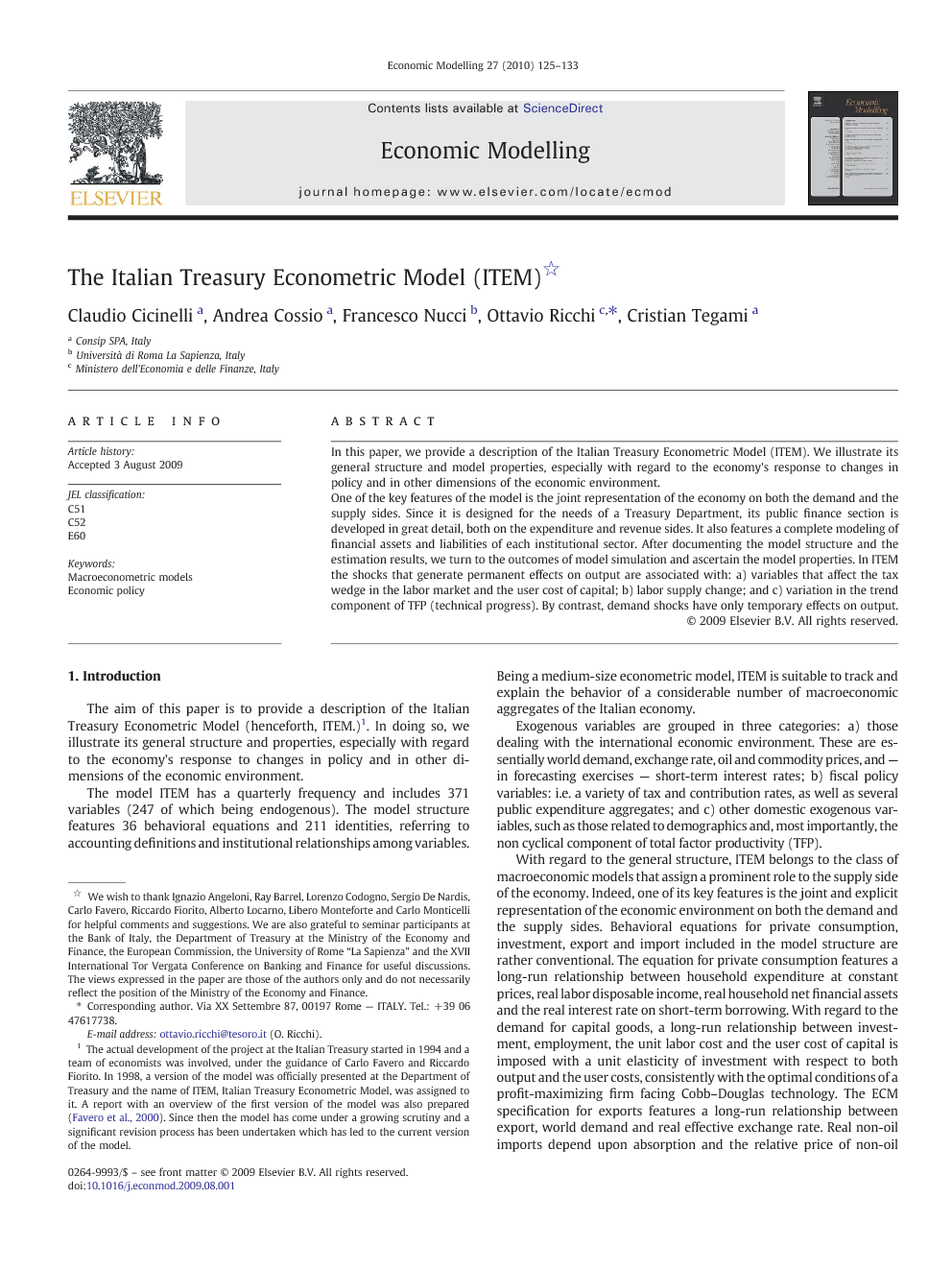 In this paper, we provide a description of the Italian Treasury Econometric Model (ITEM). We illustrate its general structure and model properties, especially with regard to the economy's response to changes in policy and in other dimensions of the economic environment. One of the key features of the model is the joint representation of the economy on both the demand and the supply sides. Since it is designed for the needs of a Treasury Department, its public finance section is developed in great detail, both on the expenditure and revenue sides. It also features a complete modeling of financial assets and liabilities of each institutional sector. After documenting the model structure and the estimation results, we turn to the outcomes of model simulation and ascertain the model properties. In ITEM the shocks that generate permanent effects on output are associated with: a) variables that affect the tax wedge in the labor market and the user cost of capital; b) labor supply change; and c) variation in the trend component of TFP (technical progress). By contrast, demand shocks have only temporary effects on output.

We provided an account of the main features and properties of the Italian Treasury Econometric Model (ITEM). The model provides a consistent joint specification of the demand and supply side of the economy, accounting for the rich interaction between their components. In the long run, output level is determined based on supply side conditions. In particular, technical progress and the behavior of factors of production are responsible for its pattern. In turn, labor supply conditions determine, in the long run, the level of employment. Growth is also influenced by demographics and trend participation rate, i.e. labor supply. GDP is computed, via an accounting identity, on the supply side and, in particular, value added of the market sector is explicitly modeled as a Cobb–Douglas production function. A distinctive feature of ITEM is that TFP is modeled as a combination of a structural and a cyclical component. The latter component of TFP is modeled through a statistical equation that links it to demand conditions. The model response to a number of shocks provides insights on its properties and main features. According to a number of validation procedures and, in particular, based on the economy's response over time to impulses, the model displays quite standard properties that make it appropriate and useful as a quantitative policy tool.