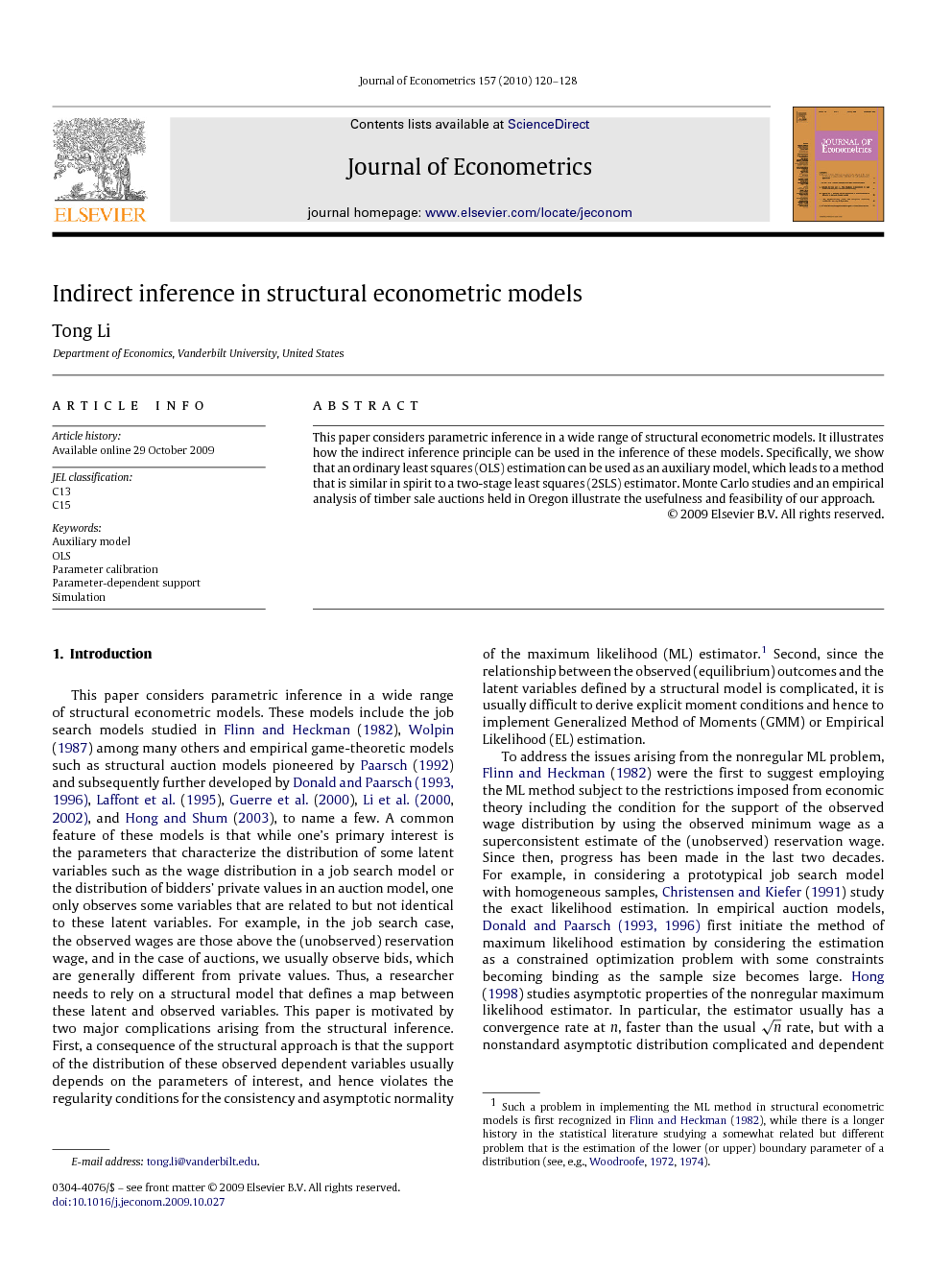 This paper considers parametric inference in a wide range of structural econometric models. It illustrates how the indirect inference principle can be used in the inference of these models. Specifically, we show that an ordinary least squares (OLS) estimation can be used as an auxiliary model, which leads to a method that is similar in spirit to a two-stage least squares (2SLS) estimator. Monte Carlo studies and an empirical analysis of timber sale auctions held in Oregon illustrate the usefulness and feasibility of our approach.

This paper provides a new approach to inference in structural econometric models. Building on the indirect inference principle, we show that the nonregularity associated with the structural models which breaks down the standard asymptotic theory and complicates the inference of these models can be overcome by our method. In particular, our method yields estimators that are asymptotically normally distributed, an attractive feature that makes the inference based on our method feasible. Computationally, our method is straightforward to implement because it relies on the estimation of OLS in the first stage, and the simulation and parameter calibration in the second stage. The applicability of the proposed method can also be extended to dynamic discrete-choice models and dynamic oligopoly models, in addition to the auction and job search models mentioned previously. We also demonstrate the good finite sample performance through a Monte Carlo study and the usefulness of our approach using an empirical example. Besides its usefulness as an illustration of the feasibility of our indirect inference method, the structural analysis of the timber sale auctions held in Oregon also contributes to the empirical auction literature in that it identifies the structural elements that determine the underlying private value distribution, and addresses the issues of the optimality of the auction mechanism. Moreover, our method offers an approach that integrates the reduced-form analysis and the structural model estimation in general structural econometric models, and hence unifies the inference of these models in the spirit of conventional Cowles Commission structural econometrics.