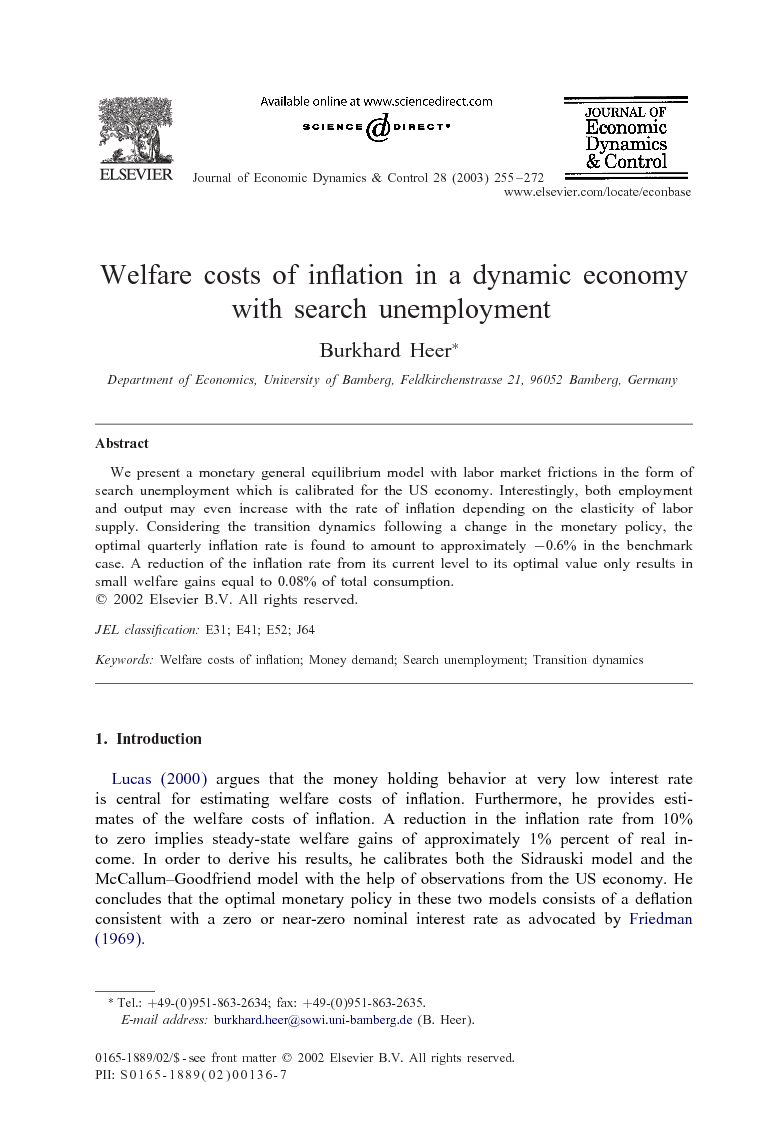 We present a monetary general equilibrium model with labor market frictions in the form of search unemployment which is calibrated for the US economy. Interestingly, both employment and output may even increase with the rate of inflation depending on the elasticity of labor supply. Considering the transition dynamics following a change in the monetary policy, the optimal quarterly inflation rate is found to amount to approximately −0.6% in the benchmark case. A reduction of the inflation rate from its current level to its optimal value only results in small welfare gains equal to 0.08% of total consumption.

This paper has examined the welfare costs of moderate inflation in a search equilibrium model. Our results challenge conventional wisdom that higher rates of inflation reduce employment, output, and welfare unanimously. As our first main result, low rates of inflation are demonstrated to reduce employment and output in the benchmark calibration of our model for the US economy, even though the quantitative effect is small. It is also straightforward to show that the reduction of employment also results in a lower growth rate in models of endogenous growth (see Heer, 2000). As our second main result, the optimal quarterly inflation rate is shown to be negative and amounts to −0.6% in our benchmark case. Employment effects of monetary policy and, to a smaller extent, the optimal inflation rate, however, depend on two parameters from the labor market. The lower the elasticity of labor supply and the elasticity of vacancies in job matches, the more likely is inflation to have adverse effects on both employment and welfare and the more pronounced is the quantitative welfare effect of a monetary policy that entails a zero nominal interest rate. For reasonable values for these two parameters, welfare gains from an optimal monetary policy are computed in the range of 0.08–0.65% of total consumption.