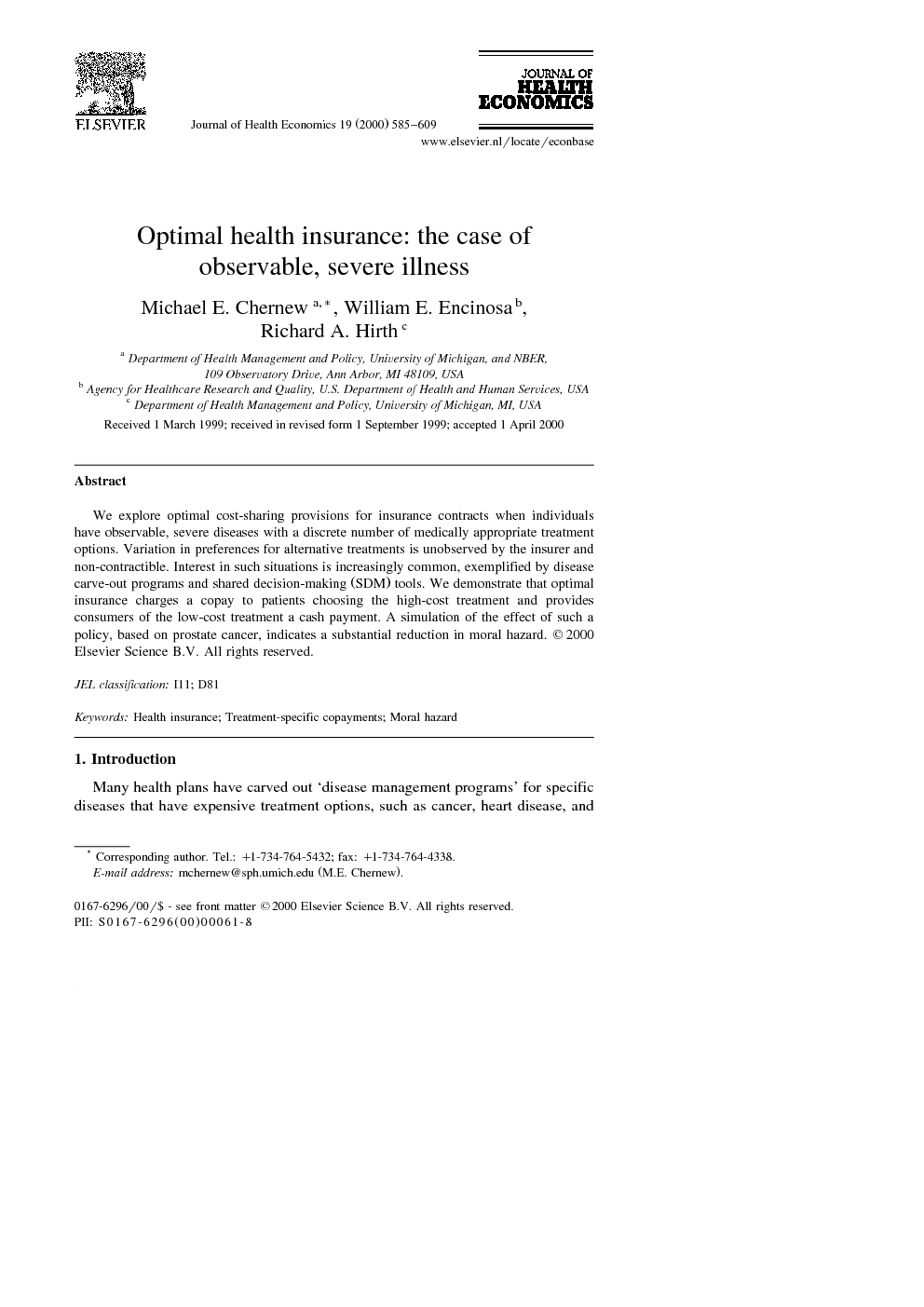 We explore optimal cost-sharing provisions for insurance contracts when individuals have observable, severe diseases with a discrete number of medically appropriate treatment options. Variation in preferences for alternative treatments is unobserved by the insurer and non-contractible. Interest in such situations is increasingly common, exemplified by disease carve-out programs and shared decision-making (SDM) tools. We demonstrate that optimal insurance charges a copay to patients choosing the high-cost treatment and provides consumers of the low-cost treatment a cash payment. A simulation of the effect of such a policy, based on prostate cancer, indicates a substantial reduction in moral hazard.