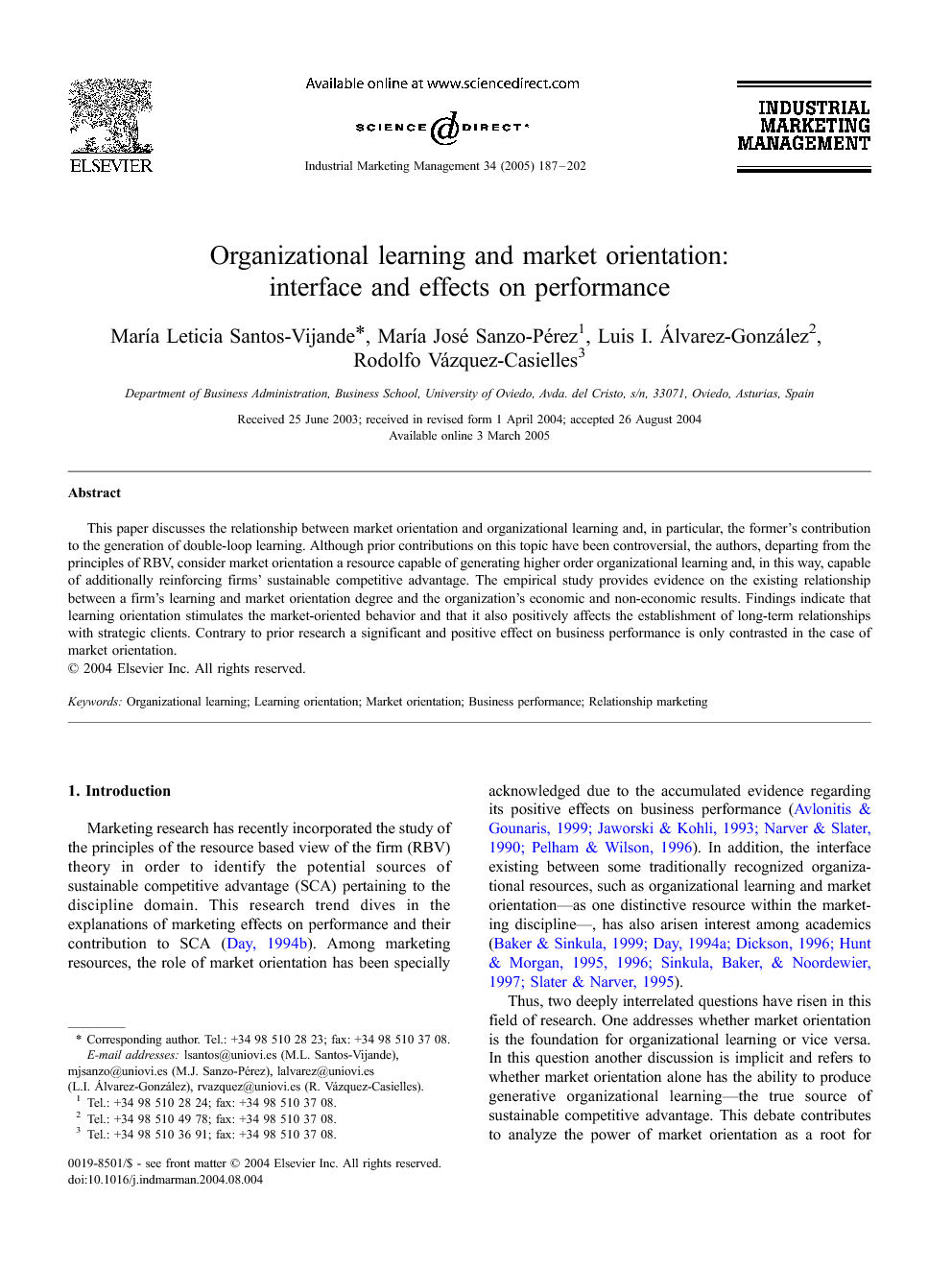 This paper discusses the relationship between market orientation and organizational learning and, in particular, the former's contribution to the generation of double-loop learning. Although prior contributions on this topic have been controversial, the authors, departing from the principles of RBV, consider market orientation a resource capable of generating higher order organizational learning and, in this way, capable of additionally reinforcing firms' sustainable competitive advantage. The empirical study provides evidence on the existing relationship between a firm's learning and market orientation degree and the organization's economic and non-economic results. Findings indicate that learning orientation stimulates the market-oriented behavior and that it also positively affects the establishment of long-term relationships with strategic clients. Contrary to prior research a significant and positive effect on business performance is only contrasted in the case of market orientation.